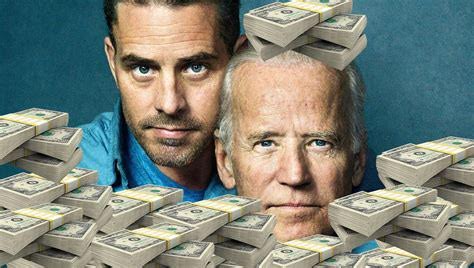 With Trump’s impeachment appearing to be winding down, the Democrats are still crying about a cover-up and not being allowed to call witnesses including John Bolton, who the Dems were sure would contradict the President’s version of events. I say, what does it matter? There was already public interest in Biden’s nepotism, clear conflicts of interest, and the appearance of criminality for over a year before Trump mentioned it to Ukraine’s new President Zelensky during their July 25th phone call.

Joe Biden entered the 2020 Presidential race on April 25th; 2019 over a year before. Peter Schweizer’s bestselling book, “Secret Empires: How The American Political Class Hides Corruption And Enriches Family and Friends”, released in March of 2018, quickly became a best seller. Schweizer’s book revealed that Hunter Biden flew on Air Force 2 to with his father to Ukraine and soon after was placed on the Board Of Directors of Ukrainian energy giant Burisma. He also noted that Biden business partner Devon Archer, and former CIA agent and Mitt Romney campaign advisor Cofer Black, were also placed on the board.

The President’s counsel pointed out that the low standard used to impeach Trump could have been used to impeach the majority of the Presidents before him. Republicans had better hold off their celebrations because as Steve Bannon told Maria Bartiromo, this investigation is not ending anytime soon because there are no personalities that can beat the President, and their policies are so radical that Nancy Pelosi knows the only way to take down Trump is to destroy him, so we can expect more subpoenas, more leaks, and more lies from Schiff and his mendacious impeachment henchmen.

Michael Sainato from the Observer said “Schiff’s record shows he has an ulterior motive to pursue these investigations and his record in Congress provides little inspiration to Democrat voters. Schiff also has strong ties with weapons manufacturing companies.”

Schiff also has a relationship with Ukrainian arms dealer Igor Pasternak, who has deep ties to George Soros. Pasternak hosted a fundraiser for him in 2013. Schiff pushed Obama in 2015 for sanctions against Russia; was he pushing for conflict? That would have certainly benefitted him and Pasternak considerably. Is this Jackass really someone we want in our Congress?

Considering the mountain of lies from Schiff, why is the media not asking if the entire Russia collusion hoax and the impeachment hoax weren’t carefully contrived and executed by Schiff and his handlers in Ukraine to drive Trump from office?

*Why haven’t the American people been told about the inappropriate and criminal relationships our politicians made in the country we overthrew, and is it appropriate to impeach the new President for looking into those activities? It sounds like a law and order guy like Trump might get in the way of all of that graft and corruption.

Former Florida Attorney General and a member of Trump’s team of defense attorneys — Pam Bondi — made a presentation on Ukraine and Burisma corruption involving Joe and Hunter Biden which was just the tip of the iceberg.  It should really concern Americans that the most prominent mainstream media’s big 3 networks, NBC, CBS, and ABC blacked out Bondi’s entire presentation on the Bidens! Why is the media covering up the for the Biden’s criminal activity in Ukraine? It’s likely the reason we haven’t heard more about their dealings in China and elsewhere.

What the Senate didn’t address is the evidence and witness testimony that Rudy Giuliani gathered on his trips to Ukraine. Giuliani claims that he has evidence proving:

Peter Schweizer has a new book, “Profiles In Corruption,” where he does a more in-depth look at the Biden Crime Family involving Senator Joe Biden, son Hunter, brothers Frank and James Biden, and daughter Ashley and her husband Howard Krein. Again, this, too, is just the tip of the iceberg.

In June of 2011, Joe Biden asked Barack Obama to meet with some company executives from a new company “Start Up Health.” They didn’t have a website or a business plan yet but no problem, the meeting took place in the Oval office. Pictures were taken with the President and posted to their new website and the company was featured in the Obama administration’s “Health Data Conference”. This startup’s chief medical officer is Ashley Biden’s husband, Dr. Howard Krein.

In 2011 a Biden family friend, Kevin Justice, visits Joe Biden in his office at the White House. He set up a construction company called Hillstone International and just 3 weeks later James Biden, having no experience in the construction business, is named an Executive Vice President at Hillstone Construction Company. Within 6 months, this new start-up a company of Biden family and friends, got a government contract to build 100,000 houses in Iraq.  They also got additional government contracts through the State Department to build houses in several other countries.

In March 2009, Joe Biden became Obama’s point man in Costa Rica and met with President Oscar Arias. Just months after his visit, the US signed a multilateral partnership to reform real estate in Latin America. Enter Frank Biden. Frank had always wanted to do a development in the jungles of Costa Rica including houses, a golf course, and a casino. Soon Frank met with President Arias and members of the Costa Rican Government and despite his complete lack of experience in this type of development, he inked the deal.

In 2016 the Costa Rican government signed a deal with Frank Biden’s “Sun Fund America” to allow a company called “GoSolar” to provide solar power in Costa Rica. Obama’s OPIC authorized a $6.5 million taxpayer-backed loan for the project. Frank Biden later received a $47.5 million loan to build a 20 megawatt solar facility in Jamaica. It’s good to be related to Joe Biden.

Everyone should know by now that after Joe became Obama’s point-man in Ukraine, he and Hunter traveled to Kiev and shortly after Hunter Biden was named to the board of the aforementioned Burisma Energy group. In 2013 Joe Biden took Hunter with him on an official trip aboard Air Force 2 to China to talk about trade and issues over rights in the South China Sea, but not very successfully if memory serves. Not long after that trip, a company controlled by the Chinese National Bank signed a $1 billion private equity deal with Rosemont Seneca, a company owned by Hunter Biden and Chris Heinz, John Kerry’s stepson. In 2016 Hunter Biden was gifted a 2.8 carat diamond worth $80,000 from a shady Chinese business tycoon for help with contacts in the liquified natural gas industry.

While Joe Biden was Vice President, a Ukrainian company Burisma deposited $3 million into his son’s Rosemont Seneca Inc. account, A Chinese company — Bohai Harvest — a Shanghai investment equity fund controlled by the Chinese government deposited $650,000 and their total investment would rise to $1.5 billion.  $1.2 million was deposited by an unknown LLC through a Swiss bank that’s been charged with money laundering, and $142,000 from the son-in-law of the former Prime Minister of Khazakstan to name a few deposits.

Investigative journalist George Webb has linked Hunter Biden to a Chinese arms dealer named Patrick Ho and his boss Chinese oil tycoon Ye Jianming. Webb says the Bidens, Peter Strzok, Imran Awan and others are involved in a DNC money laundering, arms selling, and a pay-to-play influence-peddling scheme that they were afraid Trump was figuring out. Webb believes former 50-year CIA operative Cofer Black, still on Burisma’s board, is likely running the operation.