If asked, of course, I advise to issue long-term debt NOW at these absurd low rates. I also advise individuals to lock in fixed-rate mortgages.

I have reviewed the buyers of these negative bonds which now amount to $15 trillion outstanding globally. What is actually taking place in the market is really dominated by punters rather than investors. In other words, the people have been buying them to flip assuming rates would just go lower. 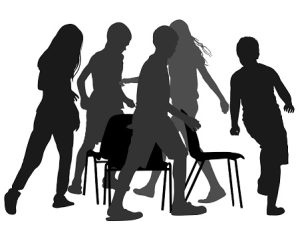 The crisis on the horizon is MASSIVE!!!! These punters are going to get caught as they did with the Russian bonds when they collapsed in 1998 which led to the Long-Term Capital Market crisis. This is a game of musical chairs. Nobody thinks twice as long as rates decline. But the appetite for negative yields does NOT exist insofar as people actually investing in them.

Yields have dipped negative on short-term 30 days paper during panics. The 30-day TBills went negative several times from December 2008 onward. The reason was clear. Capital feared the banks so they were willing to park money at a slightly negative rate. 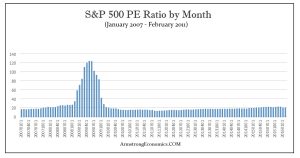 This also corresponds to capital parking in blue-chip equities which created the peak in the PE ratio at the bottom of the crisis. 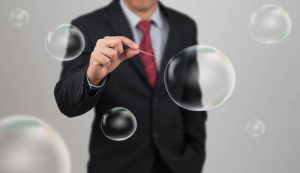 The trend looks to be getting ready to change when the ECM turns. BUYER BEWARE!!!!
We may yet see the biggest bubble in the modern history of finance explode far worse than the 2007-2009 debacle.