For those who care about gold such as myself, in the just released CFTC data for the week ended Tuesday, speculators went net short for the first time since December 2001 when gold was priced at $275 an ounce. It’s tough to find a more contrarian indicator.

“They run all away, and cry, ‘the devil take the hindmost’.”

The one thing that gives me pause is the current interest rate actions by the Fed. They *could* delay the rally until it becomes almost overwhelmingly inevitable.  They do tend to do that sort of thing.

Timing is primarily an issue for those who are trading with leverage and for short term profits.

The Dow/Gold ratio is now back to pre-crisis levels (chart not shown).

As compared to 2002, the ‘free float’ of gold is tighter now, and central banks are net buyers rather than sellers.  Physical gold may be more of an issue than normal, as opposed to the unwinding of paper positions after a multi-year price manipulation.

At this point one might ‘get right and sit tight’ in the usual measured way, and wait for the banquet of consequences to be served.

And finally, the gold/silver ratio is now at a recent high.   It may go a little higher, especially in the event of a currency crisis.

This suggest that IF gold rallies, then eventually silver will kick in with a vengeance and provide some outsized gains.   But if the gold rally is a result of a crisis, silver may lag, and perhaps substantially.  If it is in reaction to inflation, they get ready for a ride on the silver rocket.

I like to read Ted Butler’s commentaries on silver, and he is saying much the same thing with regard to the composition of the Comex positions.

Dave Kranzler at Investment Research Dynamics sees the gold and silver in a similarly bullish setup with some slightly different reasoning.  I like to obtain multiple perspectives from different indicators.

I am waiting for my charts to signal their move, with confirmation, and hopefully to provide a new and workable formation to gauge the extent of any reversal and breakout from this long trading range we have been in since the ‘cup and handle’ formed and then failed. 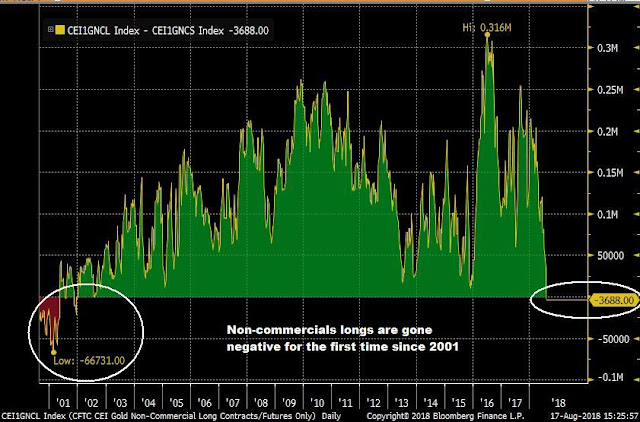 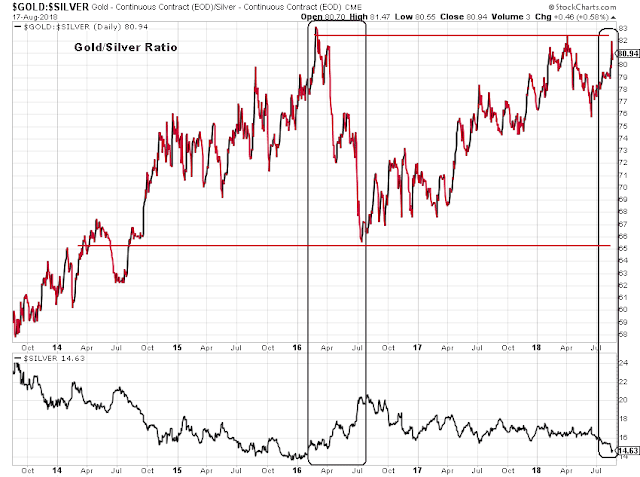