Good news for globe-trotting Americans: most countries around the world are free or very cheap to get in to. But, as this map shows, some countries do charge through the nose for a visa. And it’s not the ones you would expect.

First, let’s get a persistent myth out of the way, the one that says Americans don’t travel overseas. That so-called fact is proven by an oft-cited statistic: only 10% of U.S. citizens – or thereabouts – have passports. Wrong! According to the State Department, the actual figure is closer to 46%. And that corresponds to more than 131 million American passport holders.

And that passport is all you need to gain entry in most countries. The official at the border will stamp one of the pages at the back of your booklet and off you go, to explore other climes and cultures. But quite a few nations are not satisfied with passports alone. They require a visa – and to obtain that visa, you must pay. Sometimes you can purchase it on arrival, often you must get it at the embassy or consulate of your destination country. So, who wants how much? 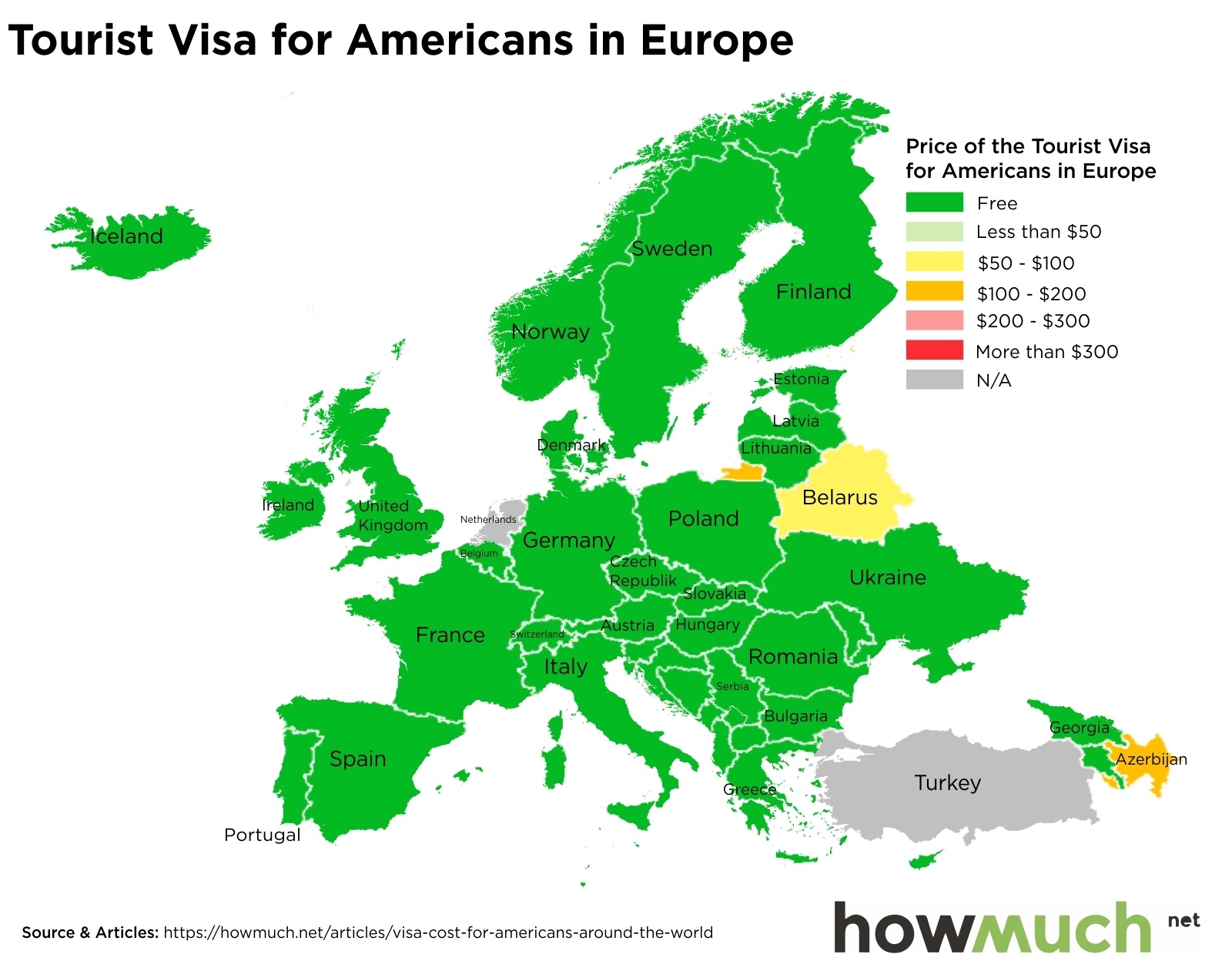 Entry into Europe is completely free for U.S. citizens, from Monaco to Moldova, from Liechtenstein to Lithuania, from the UK to Ukraine. And just about anywhere nearby or in between. With a few exceptions. 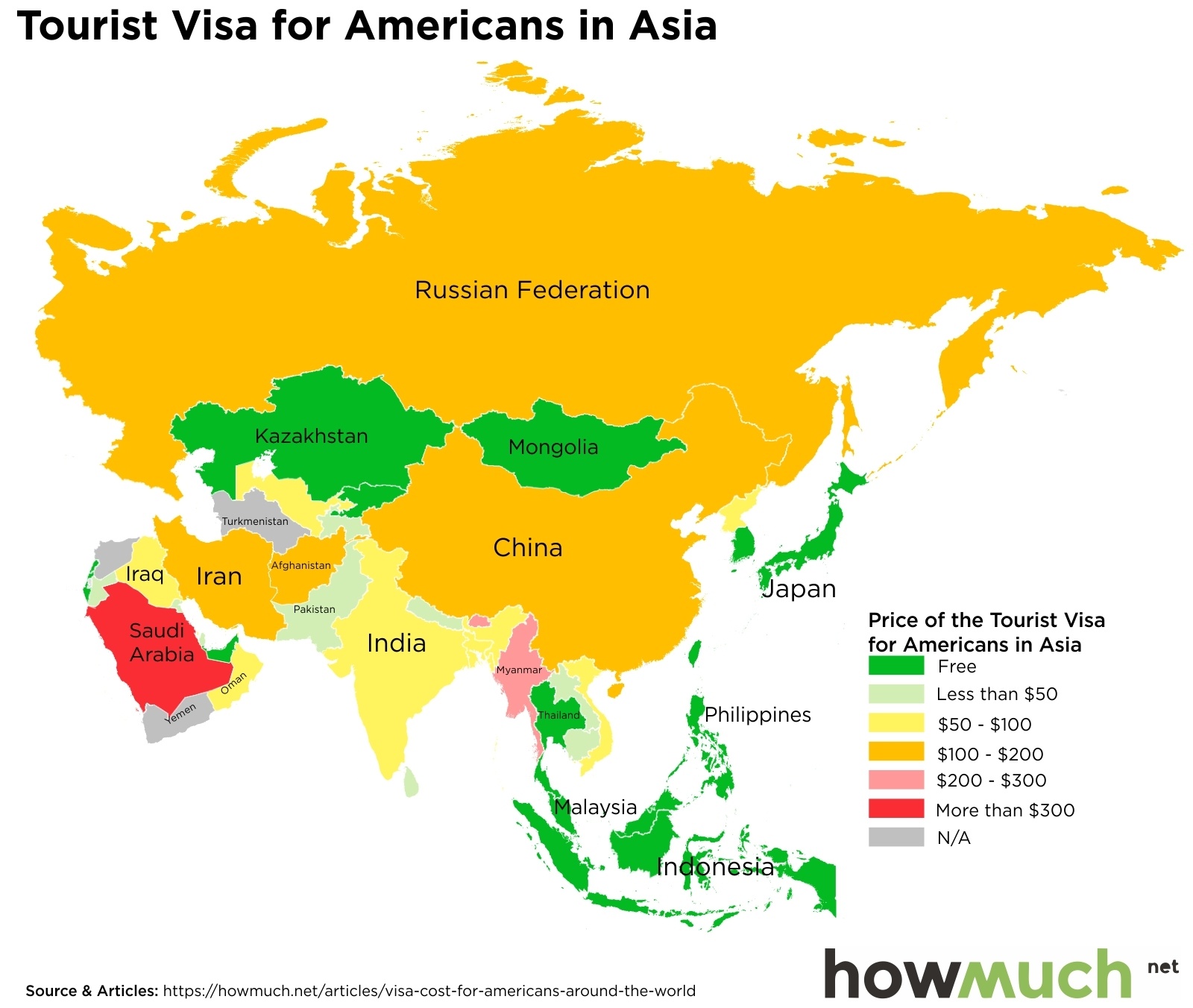 Free entry is a lot rarer in Asia, but there is still plenty of choice.

See also  What You're NOT Being Told About Cuba Is HUGE! 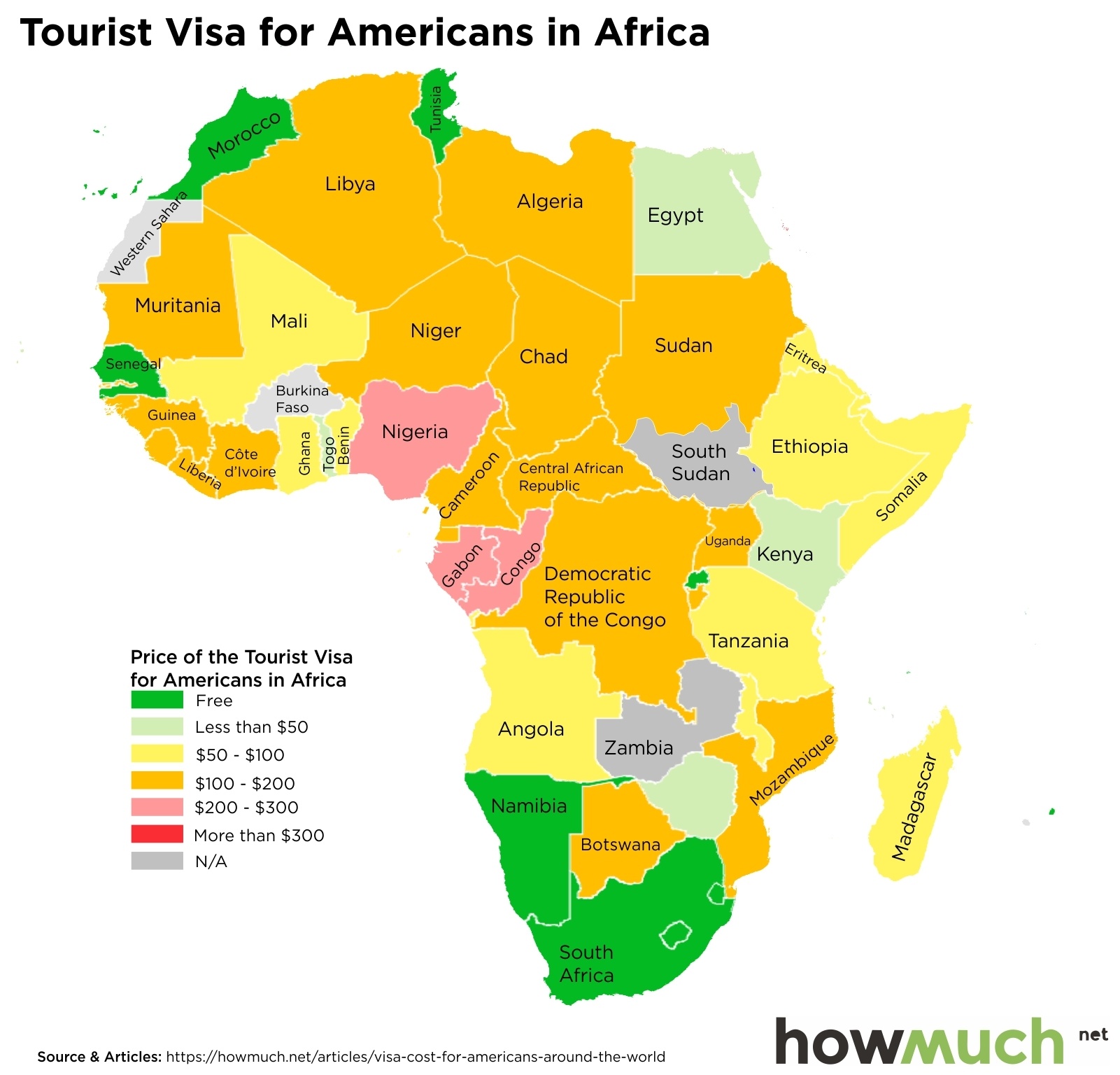 Africa is a mixed bag, visa-price-wise. Some of the continent’s most fabled and popular holiday destinations can be visited free of charge. Island paradises such as the Seychelles and Mauritius. Fabulous South Africa and its neighbors Lesotho, Swaziland and Namibia. Northern African dream destinations Morocco and Tunisia. Senegal in West Africa.

So what about Oceania? 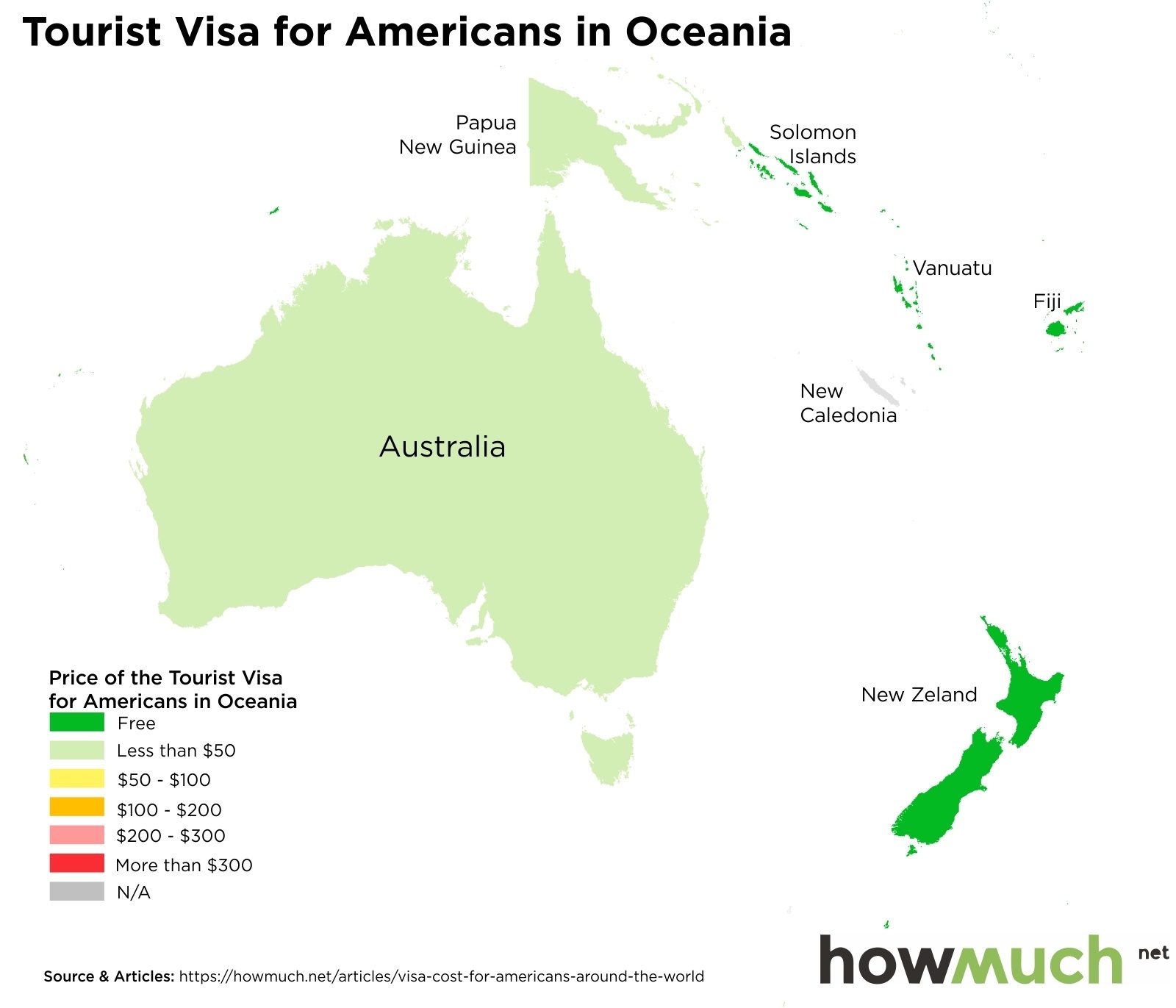 For Americans, it is a bit cheaper to stay closer to home, even if you discount the air fare. You have to travel pretty far on the American continent to find a country that wants money for your visit. It’s a pretty short list, even across the entire hemisphere:

Some of the visa fees come across as deliberately dissuasive – Saudi Arabia nor Bhutan seem keen on becoming major tourist destinations. In general, the richer countries are visa-free, while the poorer ones charge higher fees, no doubt not in an attempt to keep out visitors, but to fill the state coffers. That should not keep away the determined visitor: all things considered, none of the fees is prohibitive, especially considering the fact that higher visa fees are likely to be offset by the lower cost of living in most of those destinations.