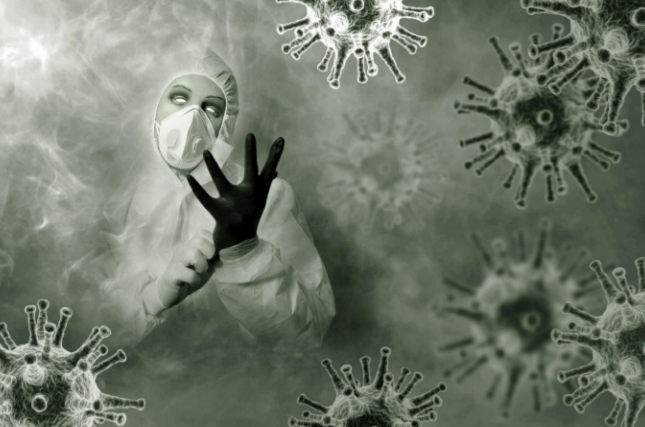 Here are some recent news headlines that caught my eye:

“We apologize for the inconvenience, but unfortunately we’ve had a breakthrough case of Covid-19 with one of our fully vaccinated staff members. We will be closed for the next few days until all of our employees are tested. Once we feel secure that it’s safe for us to resume serving you our doors will reopen.”

This is a blatant/in your face admission that vaccines don’t work. So why are they pushing them?

This is from the Sacramento Bee:

“Even with nearly 21 million residents now fully vaccinated, California is recording its highest positivity rate since mid-February, when only about 2 million were vaccinated.”

Israel is the most vaccinated country in the world.

Israel now says the Pfizer vaccine is down to only 40% protection against #Covid infection in the last month.

The bad news: the real number is probably below 30% at this point since the 40% number includes two weeks when effectiveness was notably higher. pic.twitter.com/XD3iFRZPPj

In Cape Cod, a geographic cape extending into the Atlantic Ocean in Massachusetts, the vaccinated are falling ill with Covid-19. The American town with one of the highest vaccination rates in the state, now has the highest rate of new cases.

An official told ABC News on Monday that the “vast majority” of the 132 Covid-19 cases were among vaccinated individuals.

At least 33 people in a nursing home in Yarmouth on Cape Cod have tested positive for SARS-Cov-2. Most of the residents that tested positive were vaccinated, reported the Boston Globe. Health authorities “working closely with the CDC” tried to minimize the outbreak while local outlets like the Cape Cod Times blamed unvaccinated people.

According to the Boston Globe, “at least 35 Covid-19 cases in Boston residents have been traced back to Provincetown” and the newspaper reported that the overwhelming majority of those had been fully vaccinated.

A fully vaccinated Boston resident who had fallen ill while in Provincetown recently, told the Globe: “For two days, I was the sickest I’ve ever been in my life.” The same resident nevertheless hailed the initiation of vaccine passports.

Officials in Cape Cod’s Provincetown has issued a new mask rule for all the unvaccinated, including children under the age of 12. Unvaccinated people will be required to wear masks both outdoors in crowded areas as well as in all public indoor spaces, despite the fact that vaccinated people make up most of the active cases in the town.

Meanwhile in a parallel universe:

PRES. BIDEN: "You're not gonna get COVID if you have these vaccinations." pic.twitter.com/5x1xfQryIX

According to data from the UK, you are more likely to get “Covid” if you are vaccinated. The American media and government are trying to cover up the fact that the same is true here, yet the facts are slipping through.

The question is: why are they so obsessed with vaccinating you and your children?

When some children are quiet for too long, their parents know to expect trouble. Some school systems deserve the same suspicion. Under the cover of the pandemic, the D.C. City Council passed an act authorizing schools to administer vaccines to children as young as 11-years-old without their parent’s consent. It even authorizes the schools to “seek reimbursement, without parental consent, directly from the insurer.” To make matters worse, the law explicitly undermines parents with religious objections to certain vaccines, mandating that spaces on the student’s immunization record be left “blank” — presumably so the state can quietly fill them in later. Republican lawmakers tried to block the D.C. Act in February, but House Speaker Nancy Pelosi prevented a vote on their Congressional Resolution of Disapproval.

Anyone noticed the spike in positive cases after the jabs? Also, the mRNA jab causes micro blood clots (permanent damage) AND also wrecks your innate immunity.

Basically if you don’t die from heart failure in the next few years, you are going to battle chronic infections in perpetuity until eventually you die from one.

Natural immunity does exist and is better than the vaccine. The adverse effects are in the hundreds of thousands now, i.e.  400,000+.

These numbers only represent 1 to 10 percent of the actual reported.

CDC had 12,000 deaths from the vaccine, that number tracked with the Vaers data, until, something magical happened and they reduced it by 6,000.

If you want to see what adverse reactions look like, go on Telegram and check out “mRNA Death Toll”.

This vaccine should be pulled immediately.

You are more likely to die from the vaccine than by drowning   statistically now.  Parents, let that sink in.

In my experience, the majority of doctors have no idea what they are doing. The majority of them seem to be unaware that this “vaccine” is very a different technology to that which is traditionally used.

Nowadays, almost all doctors simply act as an extended arm of the drug companies and have zero thinking/critical skills, yet they feel they can cajole people into taking these poisons.

People assume just because they are doctors they must be completely informed on current events involving medicine, but sadly most are not.

Most doctors are nothing but drug dealers for Big Pharma at this point.  If you ever get one that recommends vitamins to help you, hold on to them for life, they at least show signs of being aware.

It’s worth mentioning that basically the same number of people are dying from covid today as in a bad flu season.  What we are dealing with today is a mental disease.

Anybody can look up statistics for any country: average death rates have not risen exponentially in any nation since Covid.

Probably 98% of Covid deaths reported were not from Covid.  Which means the world is being lied to by just about every government because everybody has a price and nobody wants to be “that person”.

There’s no new virus.  The reason fully “vaccinated” people are testing positive is because the test is bogus. You might as well just flip a coin.  Heads and you got the fake virus, tails you don’t.

WHERE IS THE PANDEMIC?

This blog post from a decade ago is well worth the read:

Have you ever wondered why so many kids these days are allergic to peanuts? Where did this allergy come from all of a sudden?

Before 1900, reactions to peanuts were unheard of. Today almost a 1.5 million children in this country are allergic to peanuts.

What happened? Why is everybody buying EpiPens now?

In closing, I have a nurse friend who is working with EMTs in an ambulance.

She asks all the patients she is transporting if they have been vaccinated. The vast majority going to the hospital for seizures or possible heart attacks were jabbed.

The most common timeframe is within 1-2 months afterwards. This is a perfect scenario because NO ONE is associating the vaccine with their conditions so the pharmaceutical companies will evade culpability.

She told me the elderly have lots of bleeding issues. The heart cases have a weird phenomenon where the inoculation site forms a direct line of pain to the heart. She’s watching a nightmare unfold.

Yes, this is anecdotal evidence, I know, but it is starting to pile up.