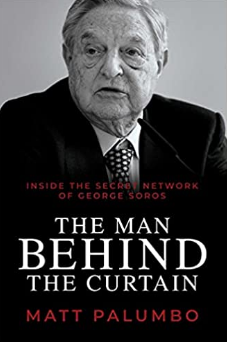 There is a book about to be published that exposes that Soros has had his fingers in Ukraine to protect Hillary and Biden while undermining Trump. As everyone knows, I had direct contacts in Ukraine which were providing the backdrop to events. I was advising on how to win the revolution by convincing the police to switch sides to the people because the president was using Russian thugs to defend him not Ukrainian. Moreover, despite the people who just spin conspiracies from nothing, the revolution was by and for the people – not the CIA. When they actually won, that is when both the EU and the US interfered and warned if they overthrew the people they were installing, there would get no support from the West. Hence, the very corrupt politicians were retained.

Soros has been using his billions made from the trading club to alter the world and to force it into his insane idea that if there is only one government, then you will eliminate war. This was adopted by Europe and the former head of France explained was the purpose behind creating the Eurozone also allegedly funded secretly by Soros. There is nobody else who has been funding the overthrow of governments to devolve into a single world government than Soros. He has bought access to the world and has set up his son to carry the torch.

Soros has been controlled the media and is in league with both Bill Gates and Klaus Schwab. Soros is the dark lord behind the curtain and it has been his money that is funding even the attempt to overthrow the United States and shred our Constitution. This new book provides extensive documentation of his influence in usurping powers through Ukraine which has propelled Biden to the White House and protested both Hillary and Hunter Biden.

See also  Paul Krugman: Inflation Appears to Be Mostly a Myth, Transitory and Behind Us, as Long as You Remove Food, Energy, and Shelter
Trending: Views: 12