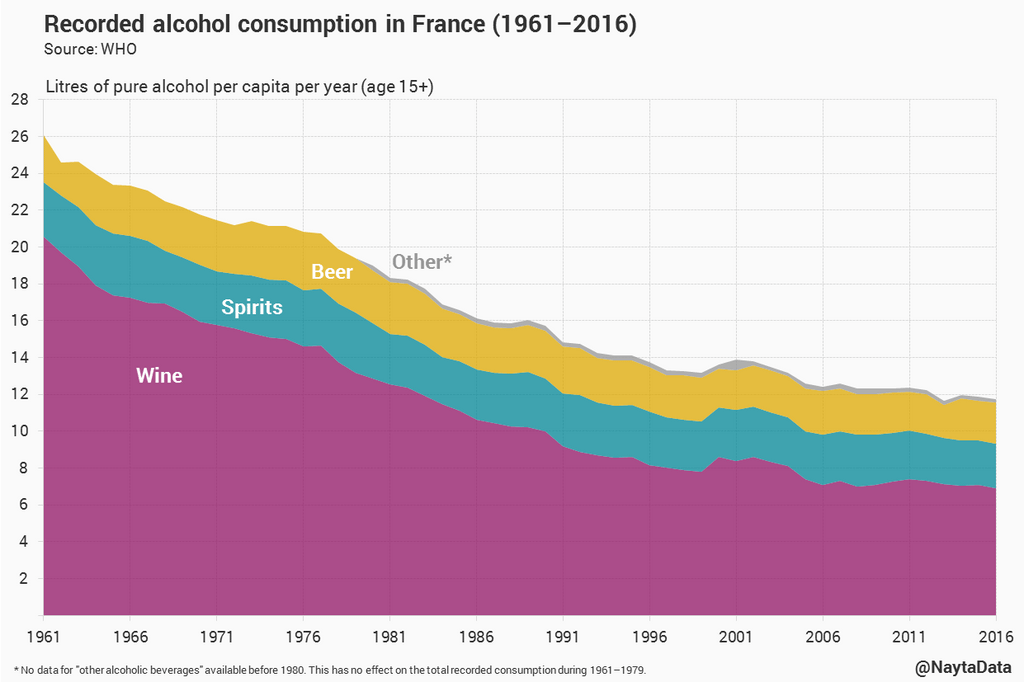 France has seen the largest decline in recorded alcohol consumption in the world between 1961–2016. In 1961 the French consumed a staggering 26.0 litres of pure pure alcohol per 15+ aged person. In 2016 this figure was down to 11.7 litres.

The consumption of beer and spirits hasn’t changed that much during the years. The decline of alcohol consumption is almost entirely the result of the French drinking less wine. In 1961 the average French person drank 26.0 litres of pure alcohol worth of wine (around 4 bottles a week). Today this figure is 6.9 litres (around 1–1.5 bottles of wine a week).