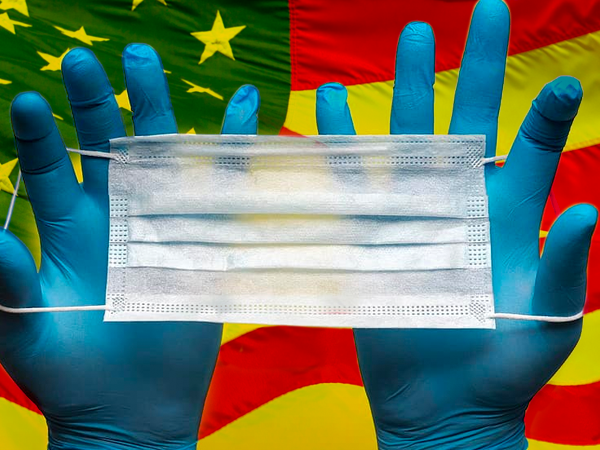 During the first wave of pandemic lockdowns, America became a rather surreal place. The initial shock that I witnessed in average people in my area was disturbing. Half the businesses in the region closed and a third of the grocery store shelves were empty. The look in people’s faces was one of bewilderment and fear; their eyes were like saucers, no one was staring into their cell phones as they usually do, and people huddled over their shopping carts like wild dogs protecting a carcass.

Luckily, this tension has subsided, but only because the majority of Americans have been assuming for the past couple months that the pandemic was going to fade away in the summer and that the “reopening” was permanent. Sadly, this is a delusion that is going to bite people in the ass in the next month or two.

In “The Economic Reopening Is A Fake-Out”, published at the end of May, I stated:

The restrictions will continue in major US population centers while rural areas have mostly opened with much fanfare. The end result of this will be a flood of city dwellers into rural towns looking for relief from more strict lockdown conditions. In about a month, we should expect new viral clusters in places where there was limited transmission. I suggest that before the 4th of July holiday, state governments and the Federal government will be talking about new lockdowns, using the predictable infection spike as an excuse.

Certainly, it appears that most Americans hate the lockdowns. But will they be fooled by the “reopening” into complacency for the next several weeks while the government gets ready to hit them with the next round of restrictions? Will they be so caught off guard they won’t know how to react? Imagine the economic devastation of just one more nationwide lockdown event? It will be carnage, and a lot of hope within the population will be lost.

In “Pandemic And Economic Collapse: The Next 60 Days”, published in April, I predicted:

The extent of the crisis will become much more clear in the next two months to the majority. The result will be civil unrest in the summer, likely followed by extreme poverty levels in the winter. No measure of “reopening” is going to do much to stop the avalanche that has already been started.

My position at the time, on secondary infection spikes in the summer as well as renewed lockdown restrictions, appears to have proven correct. Currently, daily reported infections in the U.S. are at a record 50,000 per day and cases are rising in 40 out of 50 states. Many of the new infection clusters are in more rural states that a lot of people thought had dodged the initial wave, including California. There has been a massive rush of home buyers moving to rural and suburban America away from the cities. The great migration has begun.

Subsequently, public anxiety is rising yet again. Protests such as those in Michigan over the lockdowns were overwhelmingly peaceful, yet liberty movement activists were demonized and accused of “inciting violence” and “spreading the virus”. Some groups with left-leaning political agendas used the death of George Floyd to create civil unrest. The mainstream media mostly lavished these groups with praise and refused to acknowledge that they might be spreading the virus.

The double standard is clear, but this is just the beginning.

As I have argued for the past few months, the REAL public crisis will strike when the secondary lockdowns are enforced, either by state governments or the federal government. Make no mistake, these orders are coming. We can already see restriction in some states being implemented, though they refuse yet to call the situation a “lockdown”.

California has recently added 24 counties to its “Covid watchlist”, and most of these counties have added new restrictions, including many non-essential businesses being ordered to remain closed.

The governor of Arizona announced statewide restrictions including business shutdowns, suggesting there may be a reopening at the end of July. If the previous lockdown is any indication, this means the next reopening will probably not happen until early September.

Similar restrictions have been announced in Texas, Florida, Georgia, etc. This is essentially a new shutdown that has not yet been officially called a “shutdown”.

So what does this mean for the U.S. economy going forward?

Well, the first lockdowns caused an explosion in unemployment, with 40 million jobs lost on top of around 11 million existing jobless. On top of that, you can add the 95 million people without work that are no longer counted on the rolls by the Bureau of Labor Statistics. Only a portion of these jobs were regained when the reopening occurred. According to Shadowstats.com, the real unemployment rate including U-6 measurements is 31% – around the same level as it was during the Great Depression.

So far in 2020, there have been 4,300 major retail store closings, added onto the thousands of businesses already hit in 2019 in what many are calling “The Retail Apocalypse”. Small business closings are harder to gauge at this time, but according to Yelp, over 41% of their listed participants are announcing they are closing for good.

This outcome was easy to predict when it became clear that only 13% to 18% of businesses applying for the small business bailout loans received aid, and half of those businesses were actually large corporations

What happens next? The companies that did survive the first phase lockdowns are now going to get hit again, hard. I expect another 50% of small businesses to either close permanently or announce bankruptcy over this summer and fall. This means another huge surge in job losses in the service sector.

It’s important to remember that the U.S. economy is 70% service based, and around 50% of total jobs are provided by small businesses. The lockdowns hit both these areas of our system mercilessly. And, with most of the aid from the government bailouts being diverted to major corporations, it’s as if someone was trying to deliberately crush the small business pillar of support for our economy. If you were attempting to drag the U.S. into an economic collapse, the Covid lockdowns are a perfect cover to make this happen.

Another economic threat is the slowdown in the supply chain. There will be renewed shortages in many goods. I have received numerous emails from readers who work in manufacturing, repair and acquisitions of vital parts for major companies who have told me that simple components, such as electronic and industrial parts that are required for factories to produce goods and repair goods, are almost gone. Meaning they are not being produced overseas in places like China, either due to the pandemic or geopolitical conflict. They tell me there is a maximum of two months before these components are completely gone.

The greater danger, however, is the higher likelihood of civil unrest. I’ve heard many people suggest that Americans will “never” put up with another round of shutdowns. I think it depends on the state you live in. If you live in places like California, Illinois, New York, or even Florida, the majority of people are going to conform to lockdowns even in the face of financial calamity. Interior states with more conservatives are not as certain. Regardless, I expect at least half the country to be shut down in the next few weeks, and those places that don’t shut down will be accused of “selfishly endangering others”.

As I have said many times since this crisis began, it does not matter how dangerous or deadly a virus is; shutting down the economy is assured destruction and is not an acceptable response.

Of course, certain special interest groups benefit greatly from the increased fear and chaos that economic instability brings. Right now, states like Georgia are pushing to stage the national guard to quell unrest, and I think this will spread to many places in the U.S. over the summer. They know what is coming, and they are worried about people hitting the wall of poverty that is ahead and reacting angrily.

As the globalist Imperial College of London published in March, the plan is for lockdowns to continue on and off for the next 18 months or more. This is not going away, and after the next wave of lockdowns, most Americans are finally going to realize it.

Rather than promoting localized production, independent economies and self-sufficiency, the establishment is going to suggest martial law and medical tyranny as the solution to the pandemic problem. In other words, they will demand total control over the population and the erasure of constitutional liberties in the name of “the greater good”.

These are the same people that downplayed the pandemic at the beginning of the year and refused to stop travel from China until it was too late. They are also the same people who gave the Chinese millions of dollars to play around with the coronavirus at the Level 4 lab in Wuhan, which is the likely source of the current outbreak. I’m not sure why ANYONE would want to give more power to the people that caused the crisis in the first place.

Three factors are working hand-in-hand to undermine U.S. stability and create a rationale for totalitarian controls including the economic crash, civil unrest and the pandemic itself. Understand that preparations to protect yourself and your family must be finalized NOW. There will not be even a minor recovery after the next shutdown.