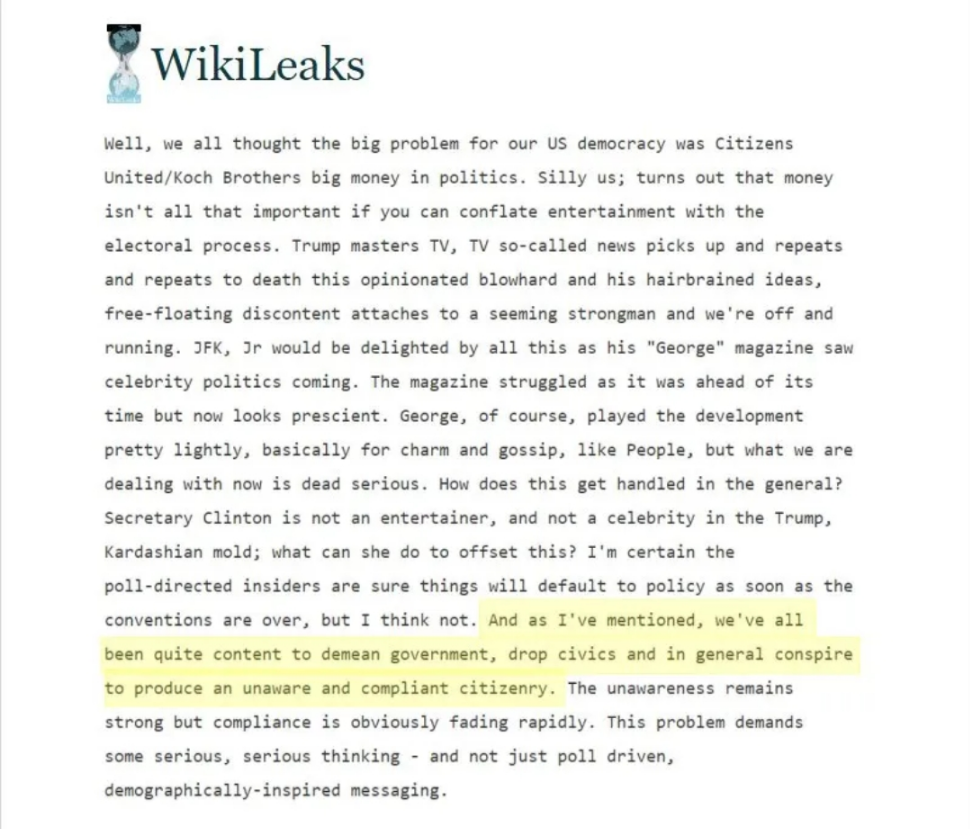 John David Podesta Jr. is an American political consultant who served as White House Chief of Staff to President Bill Clinton from October 20, 1998 until January 20, 2001 and as Counselor to President Barack Obama from January 1, 2014 until February 13, 2015. He was also Hillary Clinton’s campaign manager.

To win in 2008 we will need to mount two large campaigns. The first will use national, state and local media to define the issues and narratives that will ultimately shape the election—a progressive “Messaging Campaign.” The second will be a voter contact and mobilization effort in targeted states to move swing voters and mobilize progressive voters—a progressive “Mobilization Campaign.” A successful joint strategy must be developed and executed to connect the messaging component to the ground game.

As someone else once described it: It’s a step by step plan on how to control the masses so that they believe fake things about the Republican candidate that makes them look unelectable, and fake things about the Democratic candidate that makes them look like the only safe/rational choice. It’s basically a blueprint to purposeful mass indoctrination. It’s not just about the Republicans – it is specific to cutting out white men and white working class people.