Going to tweet out some of damn fine charts from Bank of America. First up, the economic outlook has never been this uncertain before. By a big margin. pic.twitter.com/WHW6jZN8Ev

THIS IS MY SHOCKED FACE:  Pandemic likely to exceed Great Recession in number of bankruptcies.

The coronavirus pandemic that has sickened over 450,000 people in the United States and claimed thousands of lives will also create a surge in bankruptcies that is likely to eclipse that of the Great Recession.

“The assumption is that whatever happened in 2008 to 2009 in terms of bankruptcies, this is going to be worse,” said Desmond Lachman, an economist at the right-leaning think tank the American Enterprise Institute. “So you’ve got to brace yourself for the whole wave of bankruptcies.”

Aaron Klein, a fellow of economic studies at the Brookings Institution, thinks these numbers will be exceeded if the economic shutdown persists long enough to kill the Major League Baseball season, which has already postponed Opening Day because of the virus.

“You tell me when baseball starts and I’ll tell you [if we exceed Great Recession bankruptcies],” he said. “If baseball resumes on June 1, maybe not; if baseball resumes around the All-Star break, then maybe. If there is no season, definitely.”

That is about to change. Economists from the Federal Reserve expect between 200,000 and 1 million bankruptcies will be filed over the next 12 months. The increase in filings is expected to start this month.

Can the IMF and Jpow get on the same page? 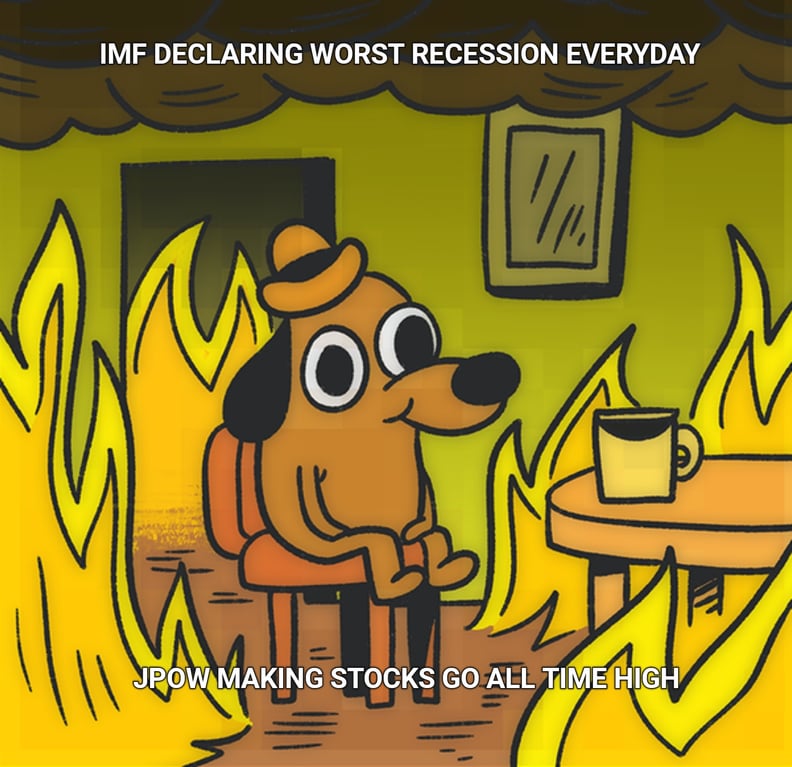 The IMF d predicted the “Great Lockdown” recession would be the steepest in almost a century and warned the world economy’s contraction and recovery would be worse than anticipated if the coronavirus lingers or returns.

“People may end up calling this the Greater Depression,” Bloom says. “I think the drop will be comparable to the Depression. The only question is about the rate of recovery.”