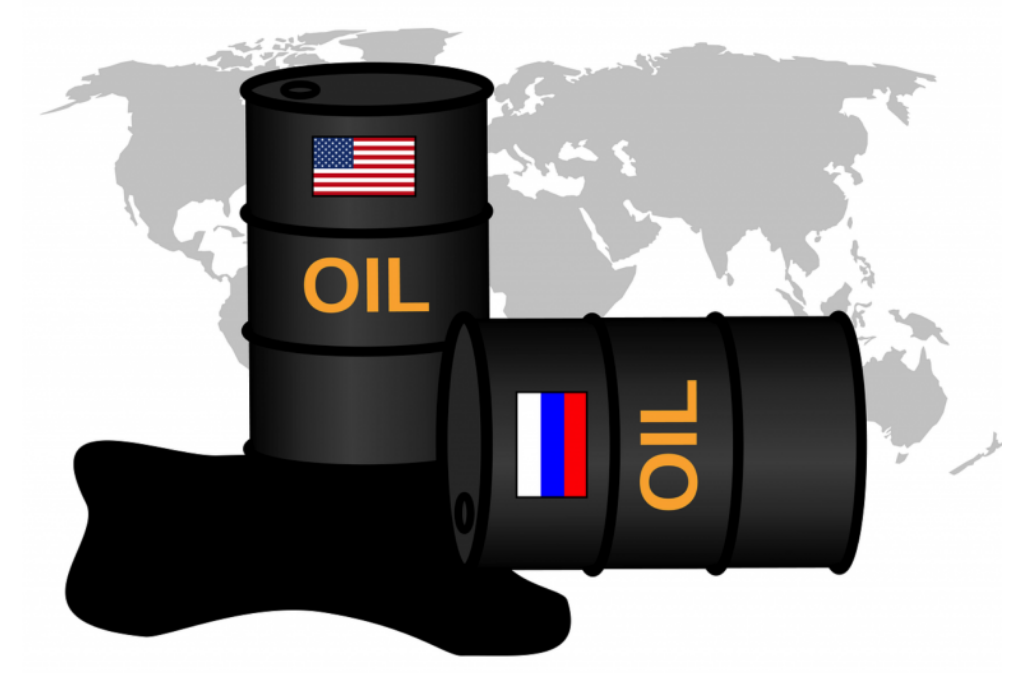 Economic conflicts have a way of becoming shooting wars, and so we should all be deeply alarmed by what we are witnessing.  With each passing day, authorities in the United States and authorities in Russia are imposing even more measures which are intended to punish the other side economically.  Thankfully, our militaries are not shooting at one another yet, but an economic war has already started and it just shifted into overdrive.  On Tuesday, Joe Biden announced that his administration has decided to ban all imports of Russian oil and natural gas…

“Today I am announcing the United States is targeting the main artery of Russia’s economy. We’re banning all imports of Russian oil and gas and energy,” Biden said at the White House. “That means Russian oil will no longer be acceptable at U.S. ports and the American people will deal another powerful blow to Putin’s war machine.”

About the same time, the government in the UK also announced that it will be banning Russian oil…

The U.K. government will ban all imports of Russian oil, its latest sanctions move against Vladimir Putin’s administration over the war in Ukraine.

The measure — taken in concert with the U.S. — will be phased in over the rest of 2022, Business Secretary Kwasi Kwarteng said. The ban applies to refined products such as diesel — which the U.K. relies on Russia for about a third of its imports. It won’t apply to natural gas.

Will these moves hurt the Russians?

To a certain extent.

The rest of Europe has not joined the U.S. and the UK in this boycott yet, and Russia will always be able to sell massive quantities of oil and natural gas to China.

In response to this latest move, Vladimir Putin signed an order which will ban the export of certain raw materials…

Within hours of Joe Biden announcing a far-reaching ban on all US imports of Russian oil – while warning Americans that gas prices are about to “go up further” – Vladimir Putin is reported to have signed his own counter-measure decree.

Russia’s RIA news agency is reporting that the new decree blocks all exports and raw materials from Russia “of certain materials” – with state media reports noting the specific list will be made public in two days.

We will have to wait and see what specifically will be on that list, but I have a feeling that it will definitely include nickel.

On Tuesday, trading of nickel was suspended after it suddenly more than doubled in price…

The London Metal Exchange on Tuesday suspended the trading of nickel after prices more than doubled to surpass $100,000 per metric ton.

The LME said in a statement that trading will be suspended for at least the remainder of the day.

A global shortage of nickel is going to severely hurt industries all over the planet.

And of course Russia could decide to cut off all oil and natural gas exports to the western world as well.  If that happens, natural gas prices in Europe would soar to catastrophic levels, and the Russians are warning that we could eventually see the price of oil reach $300 per barrel…

Russia has threatened to close a major gas pipeline to Germany and warned of $300 oil prices if the West goes ahead with a ban on its energy exports.

“It is absolutely clear that a rejection of Russian oil would lead to catastrophic consequences for the global market,” Russian Deputy Prime Minister Alexander Novak said Monday in an address on state television.

“The surge in prices would be unpredictable. It would be $300 per barrel if not more.”

Unfortunately, we are not talking about a short-term crisis.

And that is truly a nightmare scenario.

Right now, many Americans are complaining about the rising price of gasoline.  On Tuesday, it hit another brand new record high…

After rising dramatically following Russia’s invasion of Ukraine, the price of gas has reached a new record, topping an all-time high that stood for nearly 14 years.

As of Tuesday morning, the average national price for a gallon of regular gasoline touched $4.17, according to AAA, the highest price ever, not accounting for inflation. That was up from $4.07 on Monday and $3.61 a week earlier.

But this is just the beginning.

Not too long from now, $4.17 for a gallon of gasoline will look like a rip-roaring bargain.

Needless to say, higher gasoline prices are going to be very painful for average American families that are just trying to survive from month to month.  According to Yardeni Research, the average household “will spend an additional $2,000 per year in gasoline on top of an extra $1,000 in food expenses” in 2022…

Speaking of food, the war in Ukraine has absolutely paralyzed shipping in the Black Sea, and it has essentially resulted in “a shutdown of the world’s second-largest grain exporting region”…

The war in Ukraine has severely hobbled shipping in the Black Sea, with broad consequences for international transport and global supply chains. Dozens of cargo ships are stranded at the Ukrainian port of Mykolaiv, shipping trackers said. An estimated 3,500 sailors have been stuck on some 200 ships at Ukrainian ports, according to London-based shipping tracker Windward Ltd. More ships are stranded around the globe than at any point since World War II, maritime historians said.

The result is a shutdown of the world’s second-largest grain exporting region. Ukraine accounts for 16% of global corn exports, and together with Russia, 30% of wheat exports.

Global hunger was rapidly spreading even before we got to 2022, and Time Magazine is reporting that the price of wheat has risen by a whopping 70 percent over the past few months…

The war has already driven wheat prices 70% higher in Chicago this year and is threatening to upend global food trade. Russia and Ukraine are vital suppliers of grains, vegetable oil and fertilizers, which means that supply disruptions will be felt all over the world. Wheat prices have surpassed levels last seen during the 2008 global food crisis—which helped spark widespread protests—and a United Nations index of food prices hit a record in February.

What we are witnessing is going to have a devastating impact all over the planet.

For example, Egypt imports more wheat than anyone else in the world, and they normally get almost all of it from Russia and Ukraine…

Egypt — the world’s largest wheat importer — gets roughly 60% of its wheat from Russia and 25% from Ukraine, JPMorgan analysts wrote in a research note last week.

So what is Egypt going to do now?

Meanwhile, the price of fertilizer continues to soar to unprecedented heights, and experts are assuring us that a “global food crisis” is dead ahead…

“Half the world’s population gets food as a result of fertilisers… and if that’s removed from the field for some crops, [the yield] will drop by 50%,” Svein Tore Holsether, head of agri company Yara International, told the BBC.

Known as “the breadbasket of Europe,” Russia and Ukraine export around a quarter of the world’s wheat and half of its sunflower products, such as seeds and oil.

“For me, it’s not whether we are moving into a global food crisis – it’s how large the crisis will be,” said Holsether, noting that increasing gas prices were causing a steep rise in the cost of fertiliser.

I wish that I could get everyone to understand how serious this is.

The global food crisis that you have been hearing about for years has now arrived, and the poorest areas of the planet are going to be hit the hardest.

This war in Ukraine could have been avoided so easily, but there is no turning back the clock now.

A chain of events has started that nobody is going to be able to stop, and things that were once considered unthinkable will soon become commonplace.