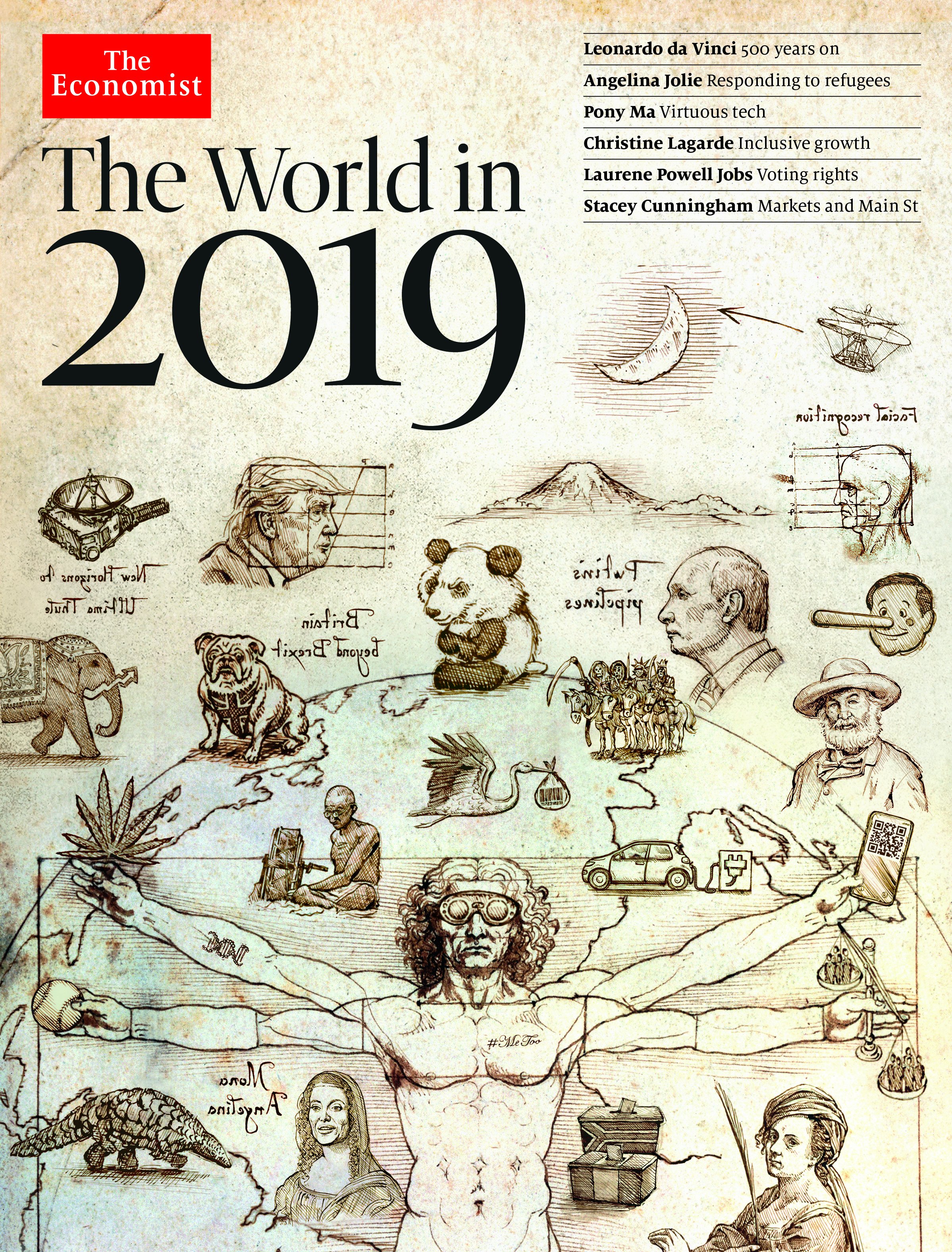 First of all, it’s easy to spot the 4 handed Da Vinci’s Drawing. It is 500th death year of Da Vinci. Da Vinci is the father of globalists and “promise of imaginary heaven”

We can easily spot some kind of virtual reality glasses in his eyes. However, this is an Augmented Reality glasses. Perhaps glasses like Microsoft holo lens will become more affordable and common in public.

They control the sports, The use of marijuana and other drugs will be more popular, legal, and normal as smoking a cigarette. We can easily see the mobile phone addiction, which they can control, especially to social media. However, we can also see justice, in the right lower hand. However, every person looks the same, a singular type of human.

In the left hand, we can see a DNA symbol, perhaps emphasizing the increasing use of microchips, or changing the human genes, making a single type of human. (By the way, if you know a little bit about the microchips in the needles they use in hospitals, you will understand its really easy to do this.)

In the top of Da Vinci’s head, there is a stork that carries a baby. However there is a code perhaps showing the number of the sperm used from the sperm bank, you can choose the genes and outer look of the baby.

In the right lower section of his abdomen, there is the voting of Nigeria and South Africa. Unfortunately, in my opinion, it says: “We control it all.”

In the top, you can see that we are going to the moon again and discover the dark side of the moon. However, a very strange type of Da Vinci’s vehicle is used, one can argue that it looks like a UFO. This may be open to the public or not.

There is a Pinocchio looking person, showing the system is based on lies.

The elephant is a symbol for India, showing that it will rise this year again. However, India (Gandi) can rise however they want, they will still live in primitive style.

Next, to Trump (Left) there is some kind of satellite showing the militaristic satellite guns will be more common, in my opinion also use of the Drones.

In the top of Pinocchio, there is a guy that face is being recognized, increase in face recognizing technology.

Some people claim that in the abdomen of Da Vinci there is homosexuality and equality in sexes.

In the Center of the world, China (Panda). Climatic battles.

England Brexit. The dog sits in Canada showing that they got affected.

4 Horsemen of the Apocalypse, the world war will start from England.

Fibonacci in Trump’s head, as you know, Trump is from a German Family, perhaps they will recognize the aryan race with the Fibonacci pattern in their faces. (Face recognition)

And Mona-Angelina. The global power of the groups and the 7 families will increase.

#Metoo tattoo, showing the increase in movements like LGBT and #Metoo.

In the face recognition technology of Trump apparently, the initials say something like lithium Electrode something I don’t know. This may be the Lithium Based Chem Trails that they are doing.

Thank you for reading, I’m just a high school student so I am sure there are a lot of things that I missed. Please let me know in the comments!