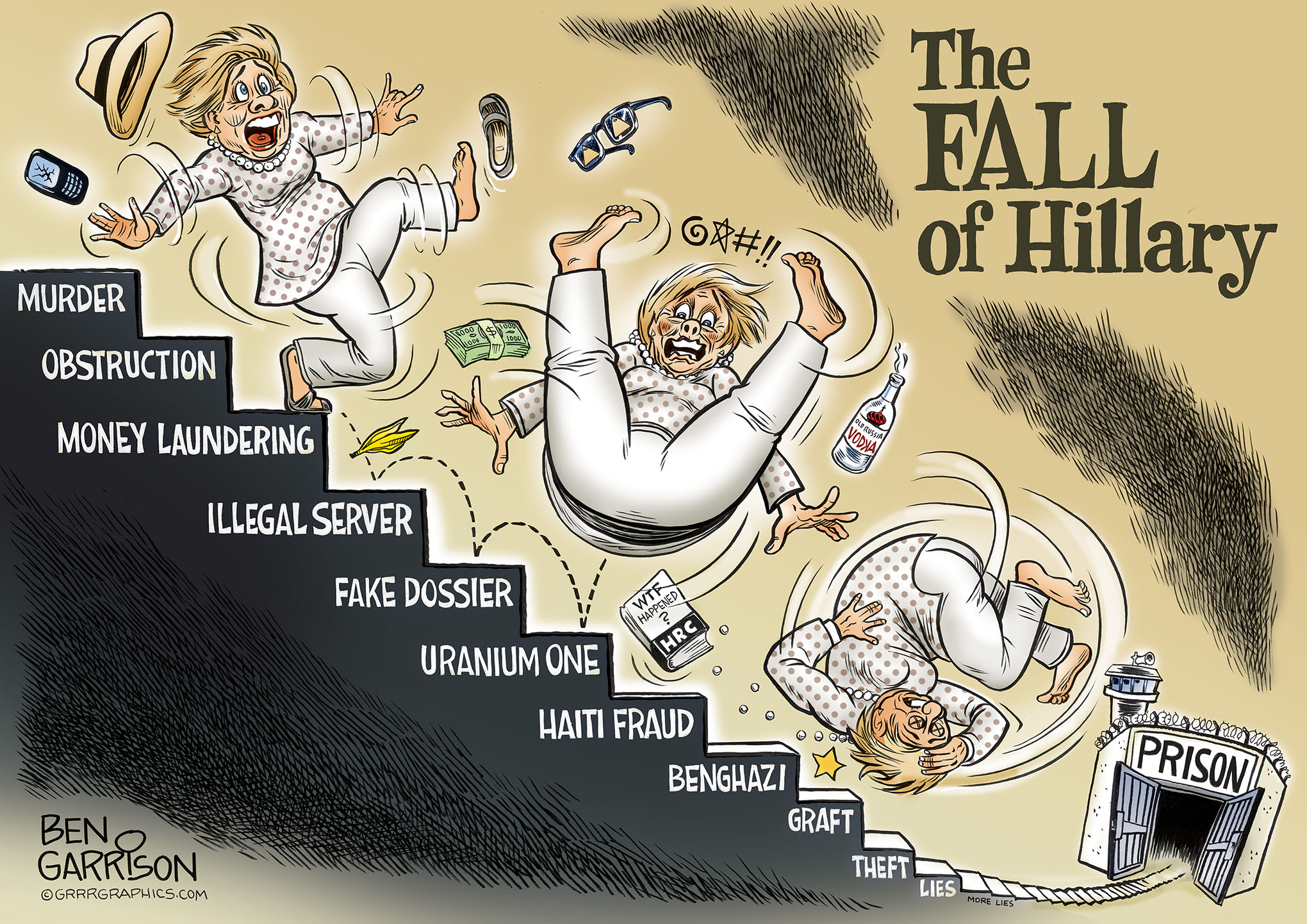 Hillary Clinton had another embarrassing tumble in India while on her endless book tour. I hope her next fall is a tumble into prison.
Will that ever happen? Was “Lock Her Up!” merely a hollow chant to help Trump get elected? I hope Jeff Sessions acts soon because Hillary’s long litany of crimes cry out for justice. As long as she avoids the slammer, we’ll know that there’s an unequal application of the law in this country. If you’re a member of the Deep State, you have a lifetime stay out of jail free card. You may commit any crime you like—steal from Haitians, murder witnesses, lie to Congress about classified information, accept ‘pay for play’ money while secretary of state, allow people to be murdered in Libya, be involved in child trafficking, or even rig an election–and no harm will ever come to you. Hillary always gets away with it.
Cartoons that are Politically Incorrect? we got them! Support at Patreon
Robert Mueller, the “Special Investigator” into Trumps supposed collusion with Russia, is based on a dossier paid for by the Clinton campaign. The dossier was used by Obama and Hillary cronies in the FBI to illegally obtain a FISA warrant—a green light to spy on the Trump campaign. The fact that Mueller has spent a year fishing for evidence and can’t prove the charges is irrelevant. He’s there only to distract while shielding Hillary and Obama from prosecution for their very real crimes. Mueller’s witch hunt will drag on and on—as long as necessary—to keep his masters from facing justice.