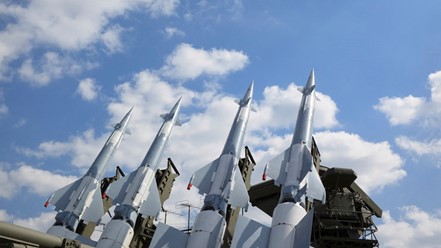 I am revisiting a story I did nine months ago about Felix Sater and the Steele Dossier (you can read it here). Let me cut to the chase–Felix Sater was an FBI informant since 1998. He was originally signed on as a “cooperator” in December 1998 by Robert Mueller’s number two guy, Andrew Weissman. Robert Mueller and his team used Felix Sater as a “lure” or “bait” to tempt Trump and his team, Michael Cohen in particular, to work with Russia. Trump did not bite.

Felix Sater, a former business associate of President Trump, began working with the Federal Bureau of Investigation in 1998, after he was caught in a stock-fraud scheme. As he pleaded guilty, Mr. Sater turned on his co-conspirators, federal prosecutors in Brooklyn wrote in an Aug. 27, 2009, letter, unsealed Friday, to US District Judge I. Leo Glasser, who was overseeing the case. He had gone on to assist various agencies in different areas of law enforcement for years, they wrote.

“Sater went above and beyond what is expected of most cooperators and placed himself in great jeopardy in doing so,” the prosecutors wrote in pushing for him to get a lighter sentence. On the strength of his continuing cooperation, they had put off his sentencing for more than a decade, an unusually long period for such arrangements.

As I tried to unpeel the onion that is the layered life of Felix Sater, I came across an excellent article by Newsweek reporter Bill Powell, Donald Trump Associate Felix Sater Is Linked to the Mob and the CIA—What’s His Role in the Russia Investigation?. It is worth your time. One of the surprising revelations from Powell is that Felix Sater was a childhood friend of Michael Cohen, Trump’s lawyer. Let that sink in for a moment. The FBI informant, Felix Sater, was a long time friend of Cohen. This now provides another explanation for how Michael Cohen became part of the Trump orbit. Did Felix Sater, while an active FBI informant, introduce Cohen to Trump? (Sater and his company, Bayrock, started working with Trump in 2003 while Cohen did not start working for Trump until 2006).

Sater, as we now know, played a central role in the FBI plot to destroy Donald Trump by proposing a Trump Tower in Moscow. Trump did not take the bait. No Trump Tower in Moscow deal was ever done. Sater also provides, unwittingly, direct evidence that part of the Christopher Steele Dossier is a fraud and a fabrication.

One of the very first reports provided by Christopher Steele insists that the Russians were working overtime to get Trump in bed with them on “lucrative real estate deals.” The Steele report dated 20 June 2016 makes the following claims:

Speaking to a trusted compatriot in June 2016 sources A and B, a senior Russian Foreign Ministry figure and a former top level Russian intelligence officer still active inside the Kremlin respectively, the Russian authorities had been cultivating and supporting US Republican presidential candidate, Donald TRUMP for at least 5 years. . . .

In terms of specifics, Source A confided that the Kremlin had been feeding TRUMP and his team valuable intelligence on his opponents, including Democratic presidential candidate Hillary CLINTON, for several years (see more below). . . .

The Kremlin’s cultivation operation on TRUMP also had comprised offering him various lucrative real estate development business deals in Russia, especially in  relation  to  the  ongoing  2018 World Cup soccer tournament. How ever, so far, for reasons unknown, TRUMP had not taken up any of these.

Steele’s claim that the “Kremlin,” as part of a broader scheme to recruit Trump as a Russian asset, was “offering him various lucrative real development” deals in Russia, is refuted by the article by Newsweek’s Bill Powell and by Robert Mueller’s report>

[Felix Sater] and his childhood friend, Michael Cohen—then a lawyer and dealmaker for the Trump Organization—had been working for more than a decade, on and off, to build a Trump Tower in Moscow. The New York real estate mogul had long wanted to see his name on a glitzy building in the Russian capital, but the project had never materialized.

Where are all of those “lucrative deals” the Kremlin was supposedly offering up? Nowhere. It was a lie.

Felix Sater was the ones telling Trump to build a Trump Tower in Moscow. Sater, according to Newsweek’s Powell, was not a close confidant of Trump:

In [2003], Sater says he met Trump, thanks to his work for Bayrock, the real estate company. . . Sater raised money for Bayrock from, among others, a wealthy businessman from the former Soviet republic of Kazakhstan, and he persuaded people in Trump’s orbit—including Cohen, his old friend—to bring his deals before the boss. Two of the ideas worked out. Sater and the New York real estate mogul eventually worked on the Trump SoHo in Manhattan and a hotel and condo project in Fort Lauderdale, Florida, which failed after the 2008 economic crisis. He and Trump, Sater claims, were friendly but not particularly close.

Powell does not report the Russians offering up any “lucrative” real estate deal.

Powell’s account is consistentwith the information present by Robert Mueller in the Charging Indictment of Michael Cohen. While the Steele Dossier makes the claim that the Russian Government was offering up “lucrative projects” to the Trump organization, Michael Cohen never made such a claim. The details in the charging document show otherwise; i.e., that Felix Sater was pushing the projects:

The Moscow Project was discussed multiple times within the Company and did not end in January 2016. Instead, as late as approximately June 2016, COHEN and Individual 2 discussed efforts to obtain Russian governmental approval for the Moscow Project.

Why does the Trump organization need to “obtain Russian governmental approval” if, per the Steele Dossier, the Russians are offering up a slew of “lucrative” deals?

On or about January 14, 2016, COHEN emailed Russian Official 1’s office asking for assistance in connection with the Moscow Project.

On or about January 20, 2016, COHEN received an email from the personal assistant to Russian Official 1 (“Assistant 1”), stating that she had been trying to reach COHEN and requesting that he call her using a Moscow-based phone number she provided.

Shortly after receiving the email, COHEN called Assistant 1 and spoke to her for approximately 20 minutes. On that call, COHEN described his position at the Company and outlined the proposed Moscow Project, including the Russian development company with which the Company had partnered. COHEN requested assistance in moving the project forward, both in securing land to build the proposed tower and financing the construction. Assistant 1 asked detailed questions and took notes, stating that she would follow up with others in Russia.

Notwithstanding these communications, the Moscow project was terminated in June 2016. And it was Felix Sater aka “Individual 2”, not the Russians, pushing for going to Russia and making a deal. No evidence of Russians offering up “lucrative deals.”

If the Steele Dossier was true, Trump should have had multiple project going on in Russia, especially Moscow. Steele paints a picture of Putin’s people feeding Trump information and opportunity. So where is the evidence of such activity? There is none.

The Mueller report reinforces the fact that Felix Sater was the one proposing doing the deal in Moscow and talking to the Russians. THE PROPOSED TRUMP TOWER PROJECT IN MOSCOW, according to Mueller’s report, originated with an FBI Informant–Felix Sater. Here’s what the Mueller Report states:

In the late summer of 2015, the Trump Organization received a new inquiry about pursuing a Trump Tower project in Moscow. In approximately September 2015, Felix Sater . . . contacted Cohen (i.e., Michael Cohen) on behalf of I.C. Expert Investment Company (I.C. Expert), a Russian real-estate development corporation controlled by Andrei Vladimirovich Rozov. Sater had known Rozov since approximately 2007 and, in 2014, had served as an agent on behalf of Rozov during Rozov’s purchase of a building in New York City. Sater later contacted Rozov and proposed that I.C. Expert pursue a Trump Tower Moscow project in which I.C. Expert would license the name and brand from the Trump Organization but construct the building on its own. Sater worked on the deal with Rozov and another employee of I.C. Expert. (see page 69 of the Mueller Report).

Mueller, as I have noted previously, is downright dishonest in failing to identify Sater as an FBI informant. Sater was not just a private entrepreneur looking to make some coin. We now know without a doubt that Sater was a fully signed up FBI informant. Sater’s status as an FBI snitch was first exposed in 2012 (you can read the letter confirming Sater’s status as an FBI snitch here). Another inconvenient fact excluded from the Mueller report is that one of Mueller’s Chief Prosecutors, Andrew Weissman, signed the deal with Felix Sater in December 1998 that put Sater into the FBI Informant business.

All suggestions for meeting with the Russian Government, including Putin, originated with Felix Sater. The use of Sater on this particular project started in September 2015.

All of this raises very troubling issues about FBI misconduct. Under what authority did The FBI initiate the “Moscow Tower” play in September 2015. We are supposed to believe that the FBI counter intelligence investigation, aka Crossfire Hurricane, only began the end of July 2016 because of an alarming report from an Australian diplomat. We now know that is a lie.

The revelations about Sater add to the urgency to expose the FBI’s criminality and malevolence.