The Fed can’t save the day because it already created the imbalance. Now it’s behind the curve. 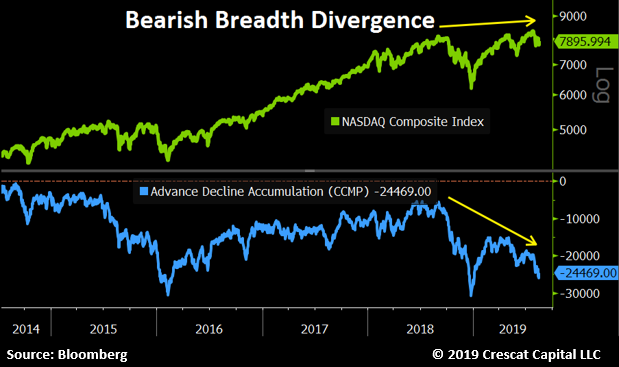 After the move over the last two days, we are only behind the GFC and the “DotCom Crisis” as far as rates priced in (81bps at time of writing). Justified????? AA #DriehausEM 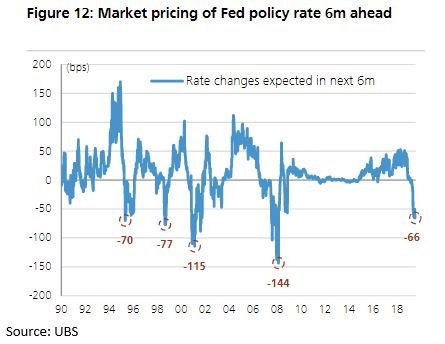 Slowing economy has little to do with trade wars and a lot to do with excess debt and capital misallocation.

Daniel Lacalle, Chief Economist at Tressis Gestión, recently spoke with CNBC about the causes of slowing growth in China and the Eurozone, claiming that it has more to do with years of misallocation of capital than tariffs and trade wars.

Some excerpts from Daniel Lacalle:

“In general, there is a complacent view that growth might be slightly effected but it is going to be minimal, that valuations are supported, that growth of earnings is going to continue to be robust despite trade tensions… This is a very very complex situation. This is not just about a few tariffs on soya, or natural gas, or on aluminum. This is about technology. This is about capital controls. This is about legal security on intellectual property. This can go on for a while and the implications are much stronger. Also, because the weakness of both the Chinese and and the Eurozone economies have absolutely nothing to do with trade wars… It’s not because of some tariffs, it’s because there have been excesses of debt and very poor allocation of capital in the last four to eight years.”

“China’s official GDP might be growing at 6.4%, yes, but every other metric you look at, in terms of valuation, in terms of industrial production, power demand, construction, retail sales…, we just saw imports yesterday…, they show a much weaker picture of internal demand than we would imagine of an economy that grows at 6.4%…”

“The worst chart in the world: Biggest top pattern of any market I’ve ever seen in my entire career, or any market I’ve ever seen in history“
@RaoulGMI
warns of a Lehman moment at Eurozone banks as EuroStoxx Banks has dropped to critical 80 level welt.de/wirtschaft/article198683079/Banken-Experten-fuerchten-Kernschmelze-bei-Bankaktien.html?wtmc=socialmedia.twitter.shared.web via
@welt