This move in stocks looks complete.

Sentiment is now excessively bullish right as the S&P 500 tests upper resistance from a sharp rally. 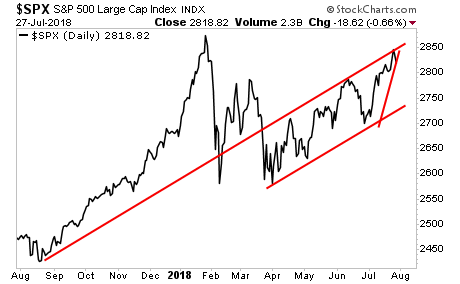 The S&P 500 should roll over shortly. Particularly when you consider that the Fed’s QT program will hit $40 billion this month.

Most of that drain will hit in the next 48 hours.

Thus far in 2018, its QT program has occurred during the final two weeks of every month. It is not coincidence that stocks have dropped hard during those weeks as the Fed was engaging in QT. 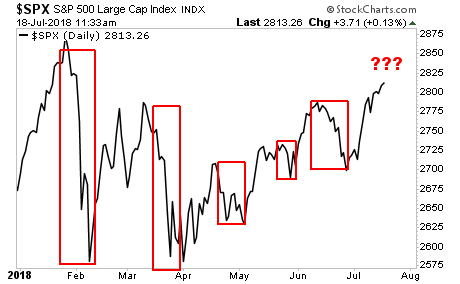 And all of this is syncing up, right as the Fed starts draining $40 billion per month in liquidity from the financial system every single month.

See also  THE COLLATERAL CRISIS NOBODY IS TALKING ABOUT 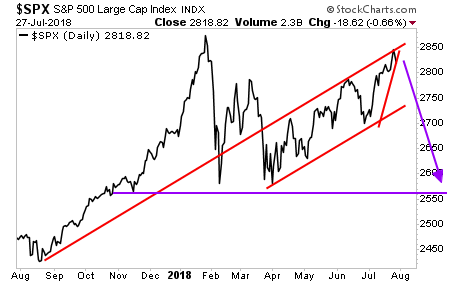