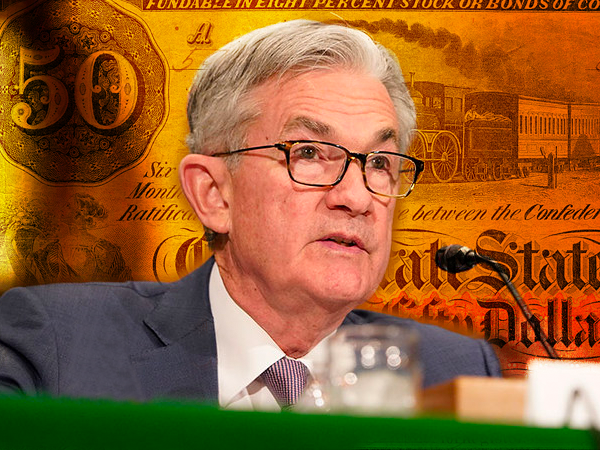 In a recent disclosure to Congress, the Fed revealed that it just purchased $429 million in bonds from 86 corporations.

They did this through something called a Secondary Market Corporate Credit Facility (SMCCF). Buried on the Fed’s website, the press release explains the intention behind this purchase of bonds:

The SMCCF will purchase corporate bonds to create a corporate bond portfolio that is based on a broad, diversified market index of U.S. corporate bonds. This index is made up of all the bonds in the secondary market that have been issued by U.S. companies that satisfy the facility’s minimum rating, maximum maturity, and other criteria.

According to Agora’s 5-Minute Forecast, the Fed also plans to purchase an additional $320 million of corporate bonds in the near future.

If you read the bolded phrase above from the Fed’s press release, you might think they intend to use this as an opportunity to help the “little guy” weather the recent economic storm.

But the “broad, diversified market index” that the Fed claims it’s rescuing doesn’t appear that broad… or that diversified.

It goes without saying that these behemoths can weather out the storm while the smaller corporations struggle and lay off employees.

The same edition of Agora’s 5-Minute Forecast sums up another example of a confused Fed:

The fact the Fed is buying corporate bonds at all signals favoritism toward big existing players — indebted lumbering behemoths that can’t innovate. It’s not as if the Fed is going to take the largesse it creates from thin air and spread it around to a plucky but capital-starved startup, right?

As the Fed usually does, they stack the cards in favor of the big guys. Wolf Richter reinforces this line of thinking:

It also creates the notion that the Fed will always bailout asset holders, and that there is never a price to pay for any downturns, and that only people who work for a living have to pay that price.

Adds Richter, “This includes several junk-bond focused ETFs, but the amounts are small.” Here’s his breakdown of the risk:

The categories AAA, AA, and A account for 48.07% of the bonds. The category of BBB, the lowest investment-grade category, accounts for 48.31%.

It seems pretty risky for the Fed to invest in junk debt at that scale, trying to keep the “big guys” afloat.

Why is the Fed Propping Up Companies that Can Help Themselves?

You wouldn’t think they would need support from the Fed… The reasoning I guess makes sense. But when you look at the outcome, you scratch your head and wonder whether this is where we need the money to go.

Later in the same article, Jones added, “I do think it’s a moral hazard… I think it’s something they’re going to have to deal with when things settle down. There will be accusations that they committed money in ways that didn’t make sense and didn’t help the average Joe.”

Taken at face value, the Fed’s intentions seem good. But upon further scrutiny, like Jones hinted at, there should be serious questions as to the ramifications of their actions.

If you are going to have to “pay that price”, as Wolf Richter alluded to above, then you should consider taking control of your situation, and hedge your bets starting now.

Forget About the “Confused” Fed and Protect Your Own Future

Who knows what the Fed will do next to mitigate the uncertainty? Don’t wait for them to figure things out. Instead, you need to prepare yourself in case their wild interventions start making things worse.

One thing you can start doing is make your savings more resilient in case the market goes sideways. Consider adding precious metals like gold and silver to your asset mix as one way to protect yourself against the Fed’s “good” intentions.