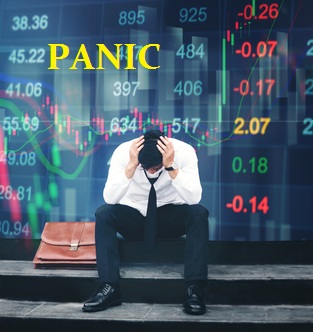 The distortion in the yield curve is building with tremendous force. There are vast bids for US 90-day T-Bills from around the world and no offers. The shortage in US government paper is now being reported to us from repo desks around the world. There is a MAJOR PANIC in to the dollar as emerging markets come under a financial crisis, in part, instigated by Turkey. The government simply trapped investors and refuses to allow transactions out of the Turkish lira. Turkey’s stand-off with investors has unnerved traders globally, pushing the world ever closer to a major FINANCIAL PANICcome this May 2019.

There is a major liquidity crisis brewing that could pop in May 2019. European Banks have loaded their portfolios with real estate loans thanks to quantitative easing and negative interest rates, and emerging market debt. Spanish banks are especially invested in Turkish debt where they hoped to get the highest yields expecting that the IMF would never let Turkey default. On top of this, banks have been lending to each other to also avoid parking money at the European Central Bank where they would be charged with a negative interest rate.

Currencies from South Africa’s rand to Brazil’s real are witnessing a spike in their expected volatility, signaling concern they may weaken the most along with the Turkish lira going into May. The price swings have evoked sudden deep-rooted fears that there may be an emerging market crash before the end of the year.

We will update on the private blog in more detail. However, keep in mind that this Inverted Yield Curve is by no means reflecting a US recession. This is a global financial panic unfolding on a grand scale. This is why we selected May for the WEC in Rome. This is far more than just politics. This is beginning to evolve into a serious liquidity crisis where we may yet see more countries try capital controls to save the day.