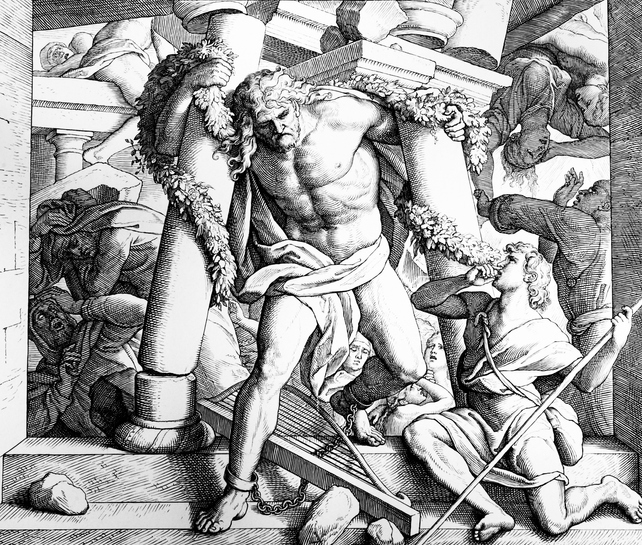 It states that in a scenario where its enemies were about to overrun the country, Israel would respond with massive use of nuclear weapons as a last resort.

The concept comes from the biblical figure Samson, who pushed apart the pillars of a Philistine temple, bringing down the roof and killing himself and the Philistines who had captured him.

In short, the Samson Option is a threat that says, “if we’re going down, we are taking you with us.”

I am bringing this up because governments also have a financial Samson Option… and they could soon use it to a devastating effect.

Thanks to central banking and fiat currency, governments can steal a nation’s savings through inflation. In the event of a bankruptcy, or other existential situations, governments can tap into the wealth of a nation as they desperately try to survive.

There’s no doubt they’ll exercise that option before they go down.

It gives a government the ability to bankrupt everyone—at least those unprepared—as it goes bankrupt. “If we’re going down, we are taking you with us.”

In short, that’s the government’s financial Samson Option. And they are preparing to use it soon.

The last time the US government faced an imminent financial crisis was in March 2020.

At the time, it was the height of the stock market crash amid the COVID hysteria. People were panicking as they watched the market plummet, and they turned to the Fed to do something.

In a matter of days, the Fed created more dollars out of thin air than it had for the US’s nearly 250-year existence. It was an unprecedented amount of money printing that amounted to more than $4 trillion and nearly doubled the US money supply in less than a year.

For perspective, the daily economic output of all 331 million people in the US is about $58 billion.

See also  US Home Prices Rose At Fastest Pace Ever In February... Right Before Rates Exploded (the implosion of Housing Bubble 2.0 is going to wipe away trillions in fictitious "wealth" created by fake Yellen Bux)

At the push of a button, the Fed was creating more dollars out of thin air than the economic output of the entire country.

The Fed’s actions during the Covid hysteria amounted to the biggest monetary explosion that has ever occurred in the US. It’s a strong indication they won’t hesitate to use the financial Samson Option.

When the Fed initiated this program, it assured the American people its actions wouldn’t cause severe price increases. But unfortunately, it didn’t take long to prove that absurd assertion false.

As soon as rising prices became apparent, the mainstream media and Fed claimed that the inflation was only “transitory” and that there was nothing to be worried about.

Of course, they were dead wrong, and they knew it—they were gaslighting.

The truth is that inflation is out of control, and nothing can stop it.

Even according to the government’s own crooked CPI statistics, which understates reality, inflation is rising fast. That means the actual situation is much worse.

Recently the core CPI hit a 40-year high and shows no sign of slowing down.

These rapidly rising prices are now pressuring the Fed to talk about dialing back the money printing and raising interest rates to fight inflation.

However, it’s doubtful they’ll be able to raise interest rates beyond a token amount.

Consider that the last time the Fed tried to raise interest rates in 2018/2019, they couldn’t get beyond a mere 2.5% before they had to reverse course.

Further, as we can see in the chart below, the overall debt level is now much higher than in 2019. That means it will be much more painful to raise interest rates because of the higher interest cost of servicing the much larger debt pile.

The amount of debt is so extreme that even a return to historical interest rate levels could bankrupt the US government.

In short, the US government is approaching the financial endgame. It can no longer disguise its bankruptcy.

When the next crisis comes—and I think it could be imminent—the US government will have no choice but to implement its financial Samson Option.

In other words, as the US government goes bankrupt, they will drag everyone down with them as they make a desperate wealth grab.

There will be enormous implications for the stock market, the US dollar, and monetary alternatives such as gold and Bitcoin.

So, what can you do about it?

The most important thing you can do is store your savings in something that they won’t be able to seize, confiscate, or use inflation to siphon its value away.

I put physical gold coins in your possession, as well as Bitcoin, in that category. But only Bitcoin where you control the private keys and do not depend on the permission of a third party—like an exchange or custodian—to access your money.