The first picture was a show of hands of how many candidates would give up their own private healthcare policies for government run Medicare for all (2 hands), the last picture how many would give Medicare to all to illegal aliens.

This captures the absolute elitist mindset of the Democratic party better then any other picture I’ve ever seen. What’s good for them, is NOT good for me. Do as I say, not as I do. 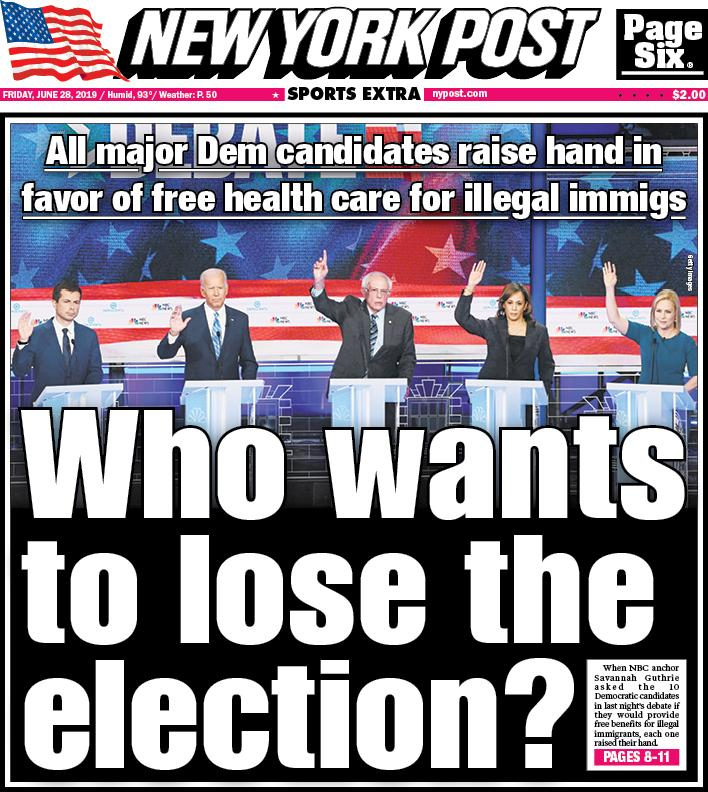 DEMS VOW HEALTHCARE FOR ALL ILLEGALS…

VIDEO: MSNBC Host: None of the Candidates on the Democrat Debate Stage Can Beat Donald Trump