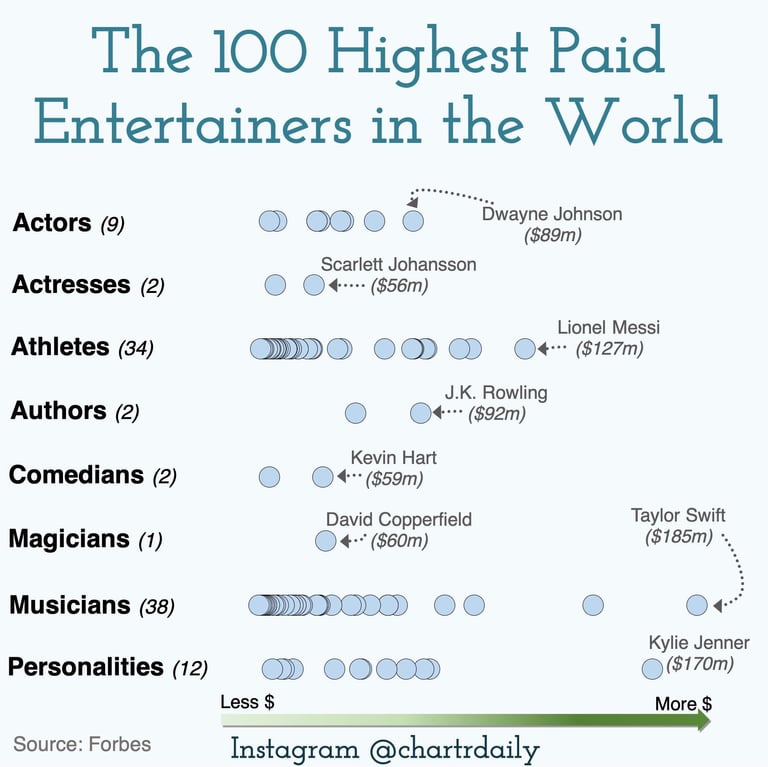 All hail Taylor Swift who has topped the latest Forbes list of the World’s Highest Paid Celebrities. Overall, Musicians and Athletes dominated, making up more than 70% of the spots, while Actors and Actresses only accounted for just over 10%.
There was also one actual magician on the list, but J.K. Rowling is the one that must really have the magic powers. The last Harry Potter book came out 12 years ago, but she’s still raking in more than $90m a year.
Other observations. (1) Taylor and Kylie may have come out on top, but only 16 of the 100 on the list were women. (2) Marvel at the Avengers movies; 6 of this list are here because of the series. (3) Kanye West once claimed he made Taylor Swift “famous”. She out-earned him by $35m. Shake it off Kanye.