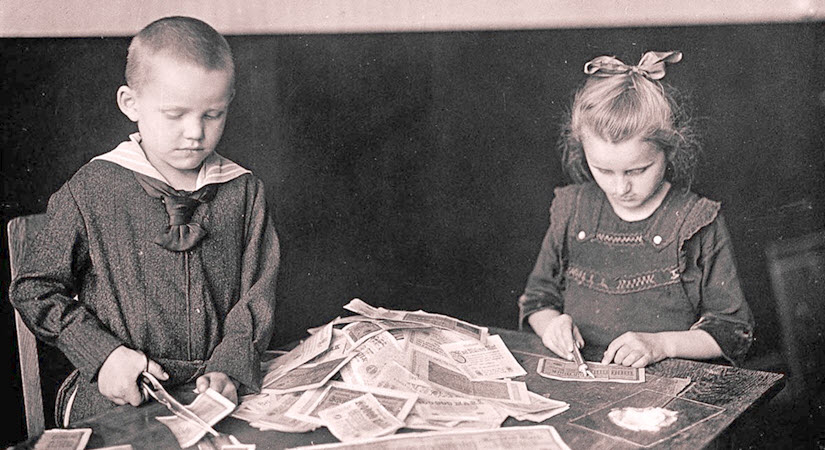 The Federal Reserve sure seems to have a tough time finding and reporting signs of rising inflation — especially when it’s hidden in other sectors like a lack of demand for energy.

A recent example of the Fed’s “inflation blindness” comes from a speech Chairman Jerome Powell gave to the Economic Club of New York. According to a MarketWatch piece that reported on that speech:

Powell said he doesn’t expect “a large nor sustained” increase in inflation right now. Price rises from the “burst of spending” as the economy reopens are not likely to be sustained.

What Powell seems to have “forgotten” is that some of the overall inflation includes negative energy price inflation (as low as negative 9 percent at one point). But now that the demand for fuel is returning, the official gasoline index rose 7.4 percent in January.

It will be much more challenging for Powell to keep downplaying the risk of hyperinflation once energy price inflation rises back to “pre-pandemic” levels.

In fact, Robert Wenzel thinks the main inflation event is “just about to hit.” If it does, and inflation does rise past Powell’s two percent target, it isn’t likely to stop there. Jim Rickards thinks that’s when hyperinflation can gain momentum:

If inflation does hit 3%, it is more likely to go to 6% or higher, rather than back down to 2%. The process will feed on itself and be difficult to stop. Sadly, there are no Volckers or Reagans on the horizon today. There are only weak political leaders and misguided central bankers.

Keep in mind that Rickards is talking about overall inflation. Food price inflation has already been consistently high for almost a year. In a hyperinflation scenario, those prices could skyrocket, and possibly even faster.

Not too many people like the idea of suddenly paying $8 (or more) for a gallon of milk. If $7 per gallon gasoline suddenly becomes the norm, a lot more retirement savers would struggle to make ends meet.

Even worse, it appears the foundation is already being laid for the “process to feed on itself” — just as Rickards mentioned.

Inflation Pressures are Building Up Fast

Wolf Richter wrote on the economic impacts from pandemic mitigation efforts in 2020,  and said: “The story is that prices are rising because components and commodities are in short supply, and supply chains are dogged by production issues, and are facing transportation constraints, as demand for those goods has suddenly surged.”

When supply chain, production and transportation issues combine with surging demand, it creates price inflation. That certainly seems like one explanation for the long period of rising food prices.

But add in direct manufacturer price pressures and things can go haywire in a hurry. According to the same WolfStreet article, that’s exactly what is happening:

The Prices Index “surged dramatically in January” to a level of 82.1%, after an eight-month upward trajectory, the highest since April 2011, “indicating continued supplier pricing power.”

He added that “manufacturers were able to pass these higher costs on to their customers via higher prices, ‘with selling prices rising at the fastest pace since July 2008.’”

Couple these rapidly increasing price pressures with Federal debt reaching 107 percent of GDP in 2020, and the potential for runaway inflation exists, especially since the Fed is “monetizing most of the new spending,” according to Wenzel.

Who knows how high inflation will rise this year? With pent-up demand about to be unleashed, it will probably be higher than last year. Just a little inflation, you might think, that doesn’t sound so bad. Here’s why that’s simply not the case.

Don’t worry about hyperinflation; by then it’s too late

Jim Rickards explains that, while “hyperinflation” works its way into headlines and draws attention, it’s really sub-hyper inflation that does the damage:

Using one of the most well-known and well-researched cases of hyperinflation in the last century, Weimar Germany, Rickards demonstrates how pernicious “regular” inflation can be.

From January 1919 to January 1922, the reichsmark’s value slowly dropped from $0.13 to $0.005 ‑ a loss of 96% value in just three years. This doesn’t meet the definition of hyperinflation because the decay of purchasing power happened over three years and never exceeded the hyperinflation threshold in any single month.

One year later, hyperinflation kicked in and the reichsmark was debased 58 billion percent. That’s the period most interesting to economists and historians. That’s when we see pictures of hollow-eyed laborers pushing wheelbarrows full of currency, or malnourished children playing with bundles of worthless money.

The lesson here? Hyperinflation only destroyed the final 4% of the reichsmark’s value. By the time the word “hyperinflation” hit headlines, it was too late to do anything about it.

Rickards explains the winners and losers in a hyperinflationary scenario:

Hyperinflation doesn’t affect everyone in a society equally. There are distinct sets of winners and losers. The winners are those with gold, foreign currency, land and other hard assets. The losers are those with fixed income claims such as savings, pensions, insurance policies and annuities.

All this means it’s a really good idea to make sure your portfolio is positioned to survive regular, non-hyperinflation.

Jim Rickards finished his letter with a wise bit of advice when it comes to potential hyperinflation:

You can’t wait until serious inflation arrives. By then it’ll be too late. Make sure you have your gold and other hard assets beforehand. There’s no time like the present.

It makes sense that if you want to maximize your chances of riding out the coming inflation storm, you need to prepare for it, rather than react to it. As we’ve seen from the historical example, inflation doesn’t need to be newsworthy in order to eat away your savings.

Hard assets including precious metals, especially gold and silver, can strengthen your savings against inflation. Owners of physical precious metals enjoy the benefits of diversified savings. Furthermore, gold and silver preserve your purchasing power by acting as an internationally-recognized store of value.