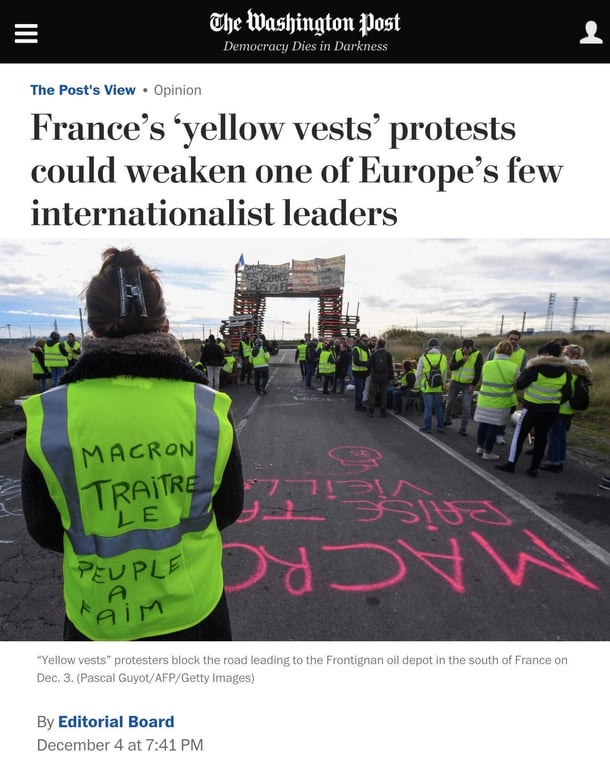 The French government says it has dropped the fuel tax hike plan that has sparked massive Yellow Vests protests and eventually got suspended with a half-year moratorium Tuesday – at least for the 2019 budget.

READ  The Most Important Indicator In China Is Something You Must Know! Trying To STOP Bubble

French protesters are welcoming President Emmanuel Macron’s decision to scrap a fuel tax rise planned for next year – but say it may not be enough to contain public anger.

Jacline Mouraud, one of the group’s self-proclaimed spokespeople, told The Associated Press “I think it comes much too late.”

She said each of the disparate protesting groups will decide what to do next, but many will probably keep protesting. She says Macron’s move on Wednesday night “is on the right path but in my opinion it will not fundamentally change the movement.”

She urged protesters to seize on the French government’s weakness to push other demands such as a rise in the minimum wage.