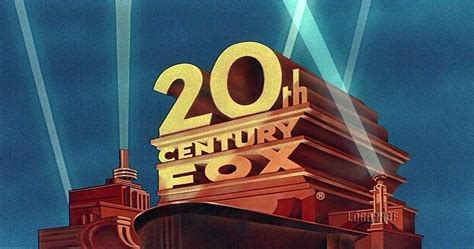 Whenever a movie has been a huge hit, the film industry tries to follow it up by doing a sequel. The sequel is almost invariably far more costly, as there’s the anticipation by those who create it that it will be an even bigger blockbuster than the original.

The Great Depression of the 1930’s is seen by most people to be the be-all and end-all of economic catastrophes and there’s good reason for that. Although the economic cycle has always existed, the period leading up to October 1929 was unusual, as those in the financial sector had become unusually creative.

Brokers encouraged people to buy into the stock market as heavily as they could afford to. When that business began to level off, they encouraged people to buy on margin. The idea was that the buyer would only put up a fraction of the money for the purchase and the broker would “guarantee” full payment to the seller. As a condition to the agreement, the buyer would have to relinquish to the broker the right to sell his stock at any point that he wished, should he feel the need to do so to get himself off the hook in the event of a significant economic change.

Banks got into the game, as well. At one time, banks took money on deposit, then lent that money out at interest. They would always retain a percentage of the deposited money within the bank to assure that they could meet whatever the normal demand for withdrawals might be. But, eventually, bankers figured out that, if they were prepared to gamble, they could lend out far more money – many times the amount that they had received on deposit. As long as very few loans turned bad, they would eventually get the money back, with interest.

And so, in the 1920’s, they loaned money to people so that they could buy into the stock market more heavily. From that point forward, an investor who was tapped out and couldn’t afford to buy more stock, then bought on margin. When he was no longer able to even afford to buy on margin, he borrowed money from the bank to buy on margin.

That meant that only a tiny percentage of the “money” that passed hands actually existed. The great majority of investment funds only existed on paper.

Of course, the very existence of this absurd anomaly depended upon a market that was thriving and moving steadily upward. If for any reason, there were a sudden loss of confidence in the banks, large numbers of depositors would demand to withdraw their deposits and there would be bank failures, as the banks had been playing with money that did not exist.

See also  Will The First Public UFO Hearing In Congress In 50 Years Help Set The Stage For A Great Delusion Of Epic Proportions?

Likewise, if that loss of confidence were to take place with regard to the stock market, large numbers of stockholders would try to sell at the same time and the market would collapse, as the brokers had been playing with money that did not exist.

In the 1920’s, fortunes were being made by those who ran banks and brokerage houses – at a rate that greatly exceeded anything that had ever existed.

Unfortunately, they’d created the greatest financial bubble in history and, when it popped, as all bubbles do, it popped in a very big way.

Not surprising that laws were then passed to assure that such a disaster could never occur again. Of particular importance was the Glass Steagall Act.

Then, in 1999, Glass Steagall was repealed. This was done under the advice of Fed chairman Alan Greenspan, and was accepted readily by then-president Bill Clinton, as he was assured that the repeal would mean a dramatic increase in investment, which would assure a shining legacy for him as he left office.

My own first reaction to the repeal was that, over the ensuing years, we’d see irrational investment in the real estate market, made possible through bank loans. This would lead to a crash in real estate, followed by a crash in the stock market. I believed that this debacle would be papered over by governments, eventually leading to a further crash, and that the latter crash would be of epic proportions.

But, why should this be? Why should the second crash be so much greater?

Well, the magnitude of a crash tends to be equal to the magnitude of the economic abnormality that preceded it. The crash of 1929 was greater than previous crashes, because bankers and brokers had found new ways to inflate the bubble beyond anything that had existed before.

Likewise, they’ve become even more creative this time around and have inflated the bubble far beyond what existed in 1929. The level of debt far exceeds anything the world has ever seen.

The 2008 crash was, in effect, a mini-crash. No correction ever took place. Instead, it was papered over by massive increased debt, assuring that, when the inevitable big crash did occur, the severity would be far beyond any other crash in history.

The sequel to the 1929 crash will be much like movie sequels. With movies, the producers invest more money into the sequel than they spent on the original movie, in the belief that, if they just throw enough money at it, it will somehow be better and make them even more money than the original.

Likewise in economic events, the assumption is that, if a great deal of money had been made in the buildup to the last major collapse, surely, by creating even more debt this time around, the profit to be made will be far greater than before.

And this has proven to be true. Financial institutions have entered into an era of profit that has historically been without equal. The original was a monster and the sequel will prove to be an even bigger monster.

The question that’s always asked prior to any crash is, “When will it happen?” Unfortunately, although crises can be analyzed and predicted beforehand, the date is more uncertain. The decisive factor is the loss of confidence by the general public. When they collectively get weak knees about the economic future – when they withdraw their deposits from banks and sell their shares in the market, the bubble will suddenly pop.

And so, the actual screening of this particular epic could be a year from now, or it could be next week. So, it might be premature to buy your box of popcorn now, but, when crashes come, they come suddenly and without warning.

Since it’s not possible to predict an exact date, those who don’t wish to be casualties of the collapse may wish to prepare for it – to get free of debt, to liquidate assets that will be devalued in a crisis, to turn the proceeds into real money (precious metals) and to relocate to a place that’s likely to be less impacted by the monetary and social crisis that will ensue.