tl;dr — I’m to retarded to give a conclusion on whether consumer price inflation is sticking around or not. Instead this post just outlines the different inflationary and deflationary pressures in the global economy. I think it really comes down to do we start to unwind globalization or continue globalization?

Now before we begin, I will tell you a story that might explain everything or explain nothing.

After 26 years of celibacy, the challenge was no longer enough. It was time to do no nut November. However, I stupidly start decided to get a head start in October.

For days I go without touching my wee wee. My mind constantly challenges me with sexual fantasies of having a harem of beautiful Korean women. However I fight off these thoughts.

“NO, I WILL NOT GIVE IN I SHOUT” and the thoughts recede. I march onward in my quest not to nut.

But Alas, I can no longer take it! It is the morning of November 7th, a Sunday and I have nothing to do. My brain is on full sexual overdrive. This time, not only is it a harem of beautiful Korean women, but in addition, my waifu, Yoko Littner is there too!

“O HOW CAN I RESIST” I shout. “GOD SAVE ME FROM THIS TEMPTATION!”

God is cruel and does not save me. Suddenly my hands move toward my pp. It is hard as a rock. I sit in my chair, lean back and start thrusting. 20 seconds in, my fantasies have taken full control. Yoko and I are making a baby!

I am drained, exhausted and humiliated by the situation. I collapse onto the floor and cry, knowing I will be punished. Starting the next day, my stock portfolio has only gone done. What have I done :/? 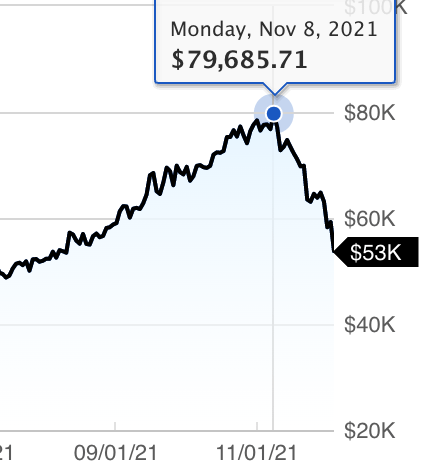 People will give you lots of different explanations of what inflation is but I think of inflation as having two different components.

It is 1988, China has just spent ten years reforming agriculture under Deng Xiaoping. This caused a spectacular boom in the number of villages throughout China and ended the chronic food shortage that plagued China during Mao’s rule. A fun statistic, during this ten year period, farmer’s increased their aggregate income by 12x. Hot mama

Now, from 1989 to 1999, China starts exporting cheap textiles, toys and furniture. As word gets around about this cheap labor pool, US companies get a massive hard on. Cheap labour galore and boom, all our manufacturing starts moving to China.

See also  When Higher Prices Are Not Inflation

This acts a massive disinflationary force as China becomes the global manufacturing power. At the same time, in our ever globalizing world, we optimize the fuck of our supply chains. With just in time manufacturing and delivery, companies are no longer producing a surplus of goods to meet demand but just the perfect amount. This keeps inventory levels low which reduces cost since storing inventory is shockingly expensive.

This has been a big disinflationary pressure. Now, here is the problem that does keep me up at night.

If globalization slows down or stops, we will no longer have a disinflationary pressure on consumer goods. If globalization actually starts unwinding and countries bring manufacturing back home, this will be quite inflationary as the cost of good will have to go up in order to pay for the investments needed.

My gut tells me, we are likely entering a period where continued globalization stops and starts unwinding a bit. This will be the biggest inflationary force of the decade. The US world order seems to be crumbling and tensions are getting hotter with China. If I was Xi, I’d have constant wet dreams about conquering Tawian and the fact that the US is lead by an alzheimer’s patient.

Now, this what the boomers did and is one reason we had such high levels of inflation in the 70s. Today however, we have the total opposite problem. 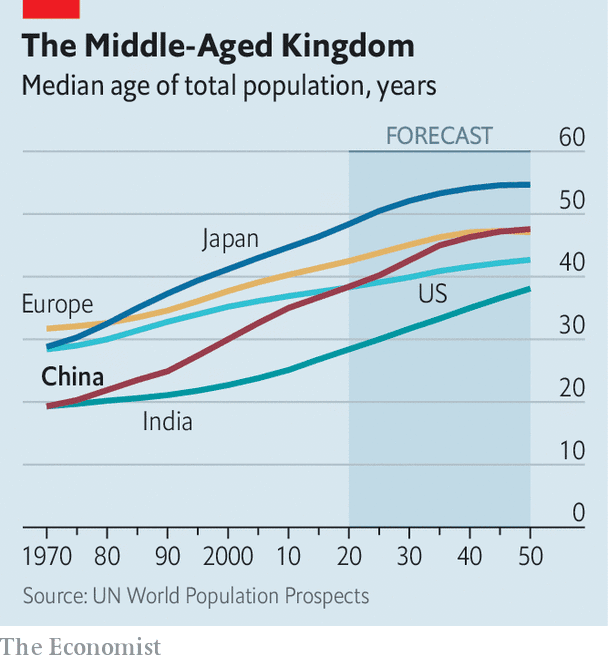 Aging demographics is very deflationary. When people retire, their consumption decreases year over year as they live off their savings. At the same time, they aren’t taking out loans so we have less money creation.

In addition to all of this, the young need to support the aging population, which means a lot of our money goes to paying their healthcare costs (i.e. paying crabby nurses to wipe their poopie butts). Less money for us, means less buying of goods.

With the largest global economies, all facing aging demographics, this means a slow down in global demand, again acting as a disinflationary force.

See also  Is the $USD Warning That Inflation is About to Become BAD News For Stocks?

So the FED dinking around with monetary policy isn’t as inflationary for consume prices as one might think. However, combine the FED with government fiscal policy and ooo baby can we create consumer price inflation.

Give me 1,200 dollars, I’m just buying assets. You give my half black cousin Tyrone $1,200, who lives in the hood, he’s actually going out and spending that shit. Maybe he spends it at strip club, takes a vacation, whatever. Point is, he’s gonna increase his demand for consumer goods, unlike me.

So the fiscal policy done during covid, was definitely inflationary. Tyrone told me, 2020 was the hottest summer of his life. He never had so much money.

But will these fiscal policies, targeted at giving the lowest income earners in society money continue? Currently it looks like it won’t. This inflationary boom caused during covid will likely fizzle out.

At the same time, when the FED starts tightening monetary conditions, causing interest rates to rise, this will suck money out the system as the cost to service debt payments increase. This decreases the amount of money consumers and businesses, meaning less demand.

My conclusion, between no more big government stimulus to the lowest income earners and the FED starting to taper, in 2022 this will be a disinflationary force. Until it’s not of course and the FED and US government reverse course so hard to draw any long term conclusion.

So in this case, it’s a scale. The more technological advancement, the more force against consumer price inflation.

Will we have much high levels of consumer price inflation in this decade? In my eyes, it all comes down to globalization. If we start unwinding globalization, the inflationary pressures will be immense as we have to rebuild the infrastructure to manufacture at home. The forces of technology, demographics and tighter monetary conditions would not be able to stop that.

On the other hand, should globalization continue, perhaps we won’t see consumer price inflation higher than 2% and what we currently see is actually “transitory” and short lived.