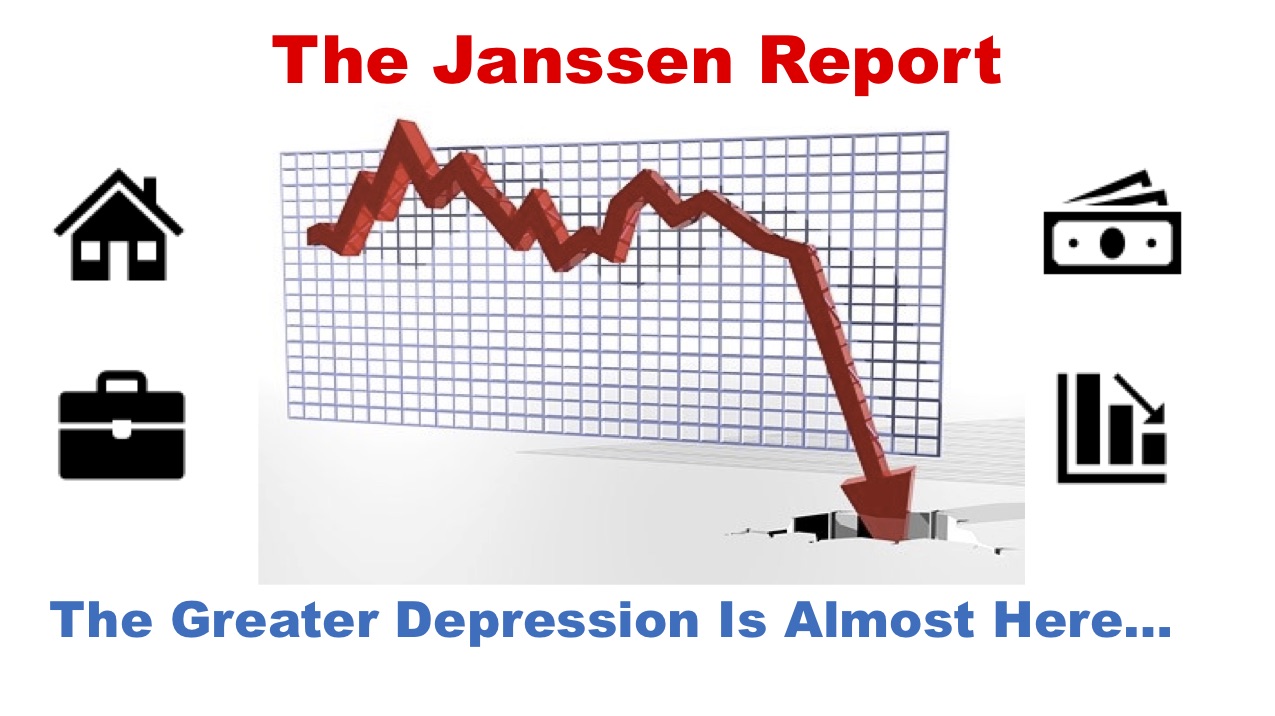 When I started The Janssen Report in September of 2013 my mission was to help spread the word about the destructive nature of the global financial system. Part of that message was (and is) the expectation that the massive disruption of the world economy, mostly caused by the central banks, will end badly. I noticed the mainstream media did not cover the fundamentals behind this but continued to focus on the so-called ‘recovery narrative’ they were fed by the financial and government institutions.

For years this fake story has held up for a lack of significant mayhem manifesting itself and because the upward trend in the markets was mistaken for recovery (while in fact it is a form of inflation, or a bubble).

But now the tables are slowly turning. Even mainstream and institutional players are now warning of a coming recession. Could that be the advent of some sort of Greater Depression enveloping the globe?

Watch today’s Janssen Report for my take on this important topic that affects us all:

Thanks for tuning into The Janssen Report.

Host of The Janssen Report