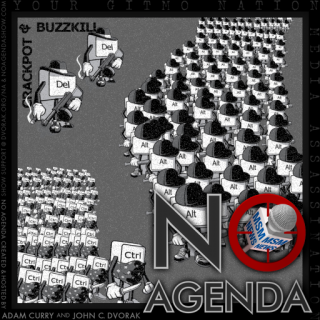 If you were to examine the sheer amount of policy being put in place by Donald Trump, he appears to be the most active President of recent history. But the amount of activity on the Left (and the Right) in opposing him is making a far bigger noise. The Women’s March and A Day Without Women were clearly anti-Trump marches (just look at the organizer’s response to his Tweet of support), and everyone knew they were, yet what policies are now being put into place that oppress women? In fact, the protests seemed aimed at policies that have long been in place. Where was the protest under Obama?

On his immigration policies, the media is allowing no dissent in the Leftist line of attack that they are racist at worst, and misguided at best. When Congressman Scott Taylor started talking about refugees who are being investigated by the FBI, he was promptly cut off. No following the narrative = no airtime.

The question that the average media viewer should be asking themselves is: Why don’t the media trust me to make up my own mind?
And this is the point. The whole edifice of respectability and “trust” that the media and the Leftist operators in government have is really just a thin veneer. They lack substance and real arguments because their ideas are not based on what the people want, but on what their ideology says is right for the people. If the people were in any way informed, they would reject the lies. And they can’t let this happen. Their project has been running too long and they have too much invested to turn back.
But there is a chance that they can be stopped. And that chance is by President Trump being able to carry out the policies for which he has an electoral mandate. The policies would , most likely, work well and have a benefit for the majority of US citizens. If the public see that these policies work, they will expect (or even demand) a continuation with the next Presidential candidate. So the answer is to not let the policies get through. The Left have to frustrate, block, and ultimately call “failure” to even the most successful events because otherwise the electorate won’t want their “Kool-Aid”.
Everyone who doesn’t want their agenda to succeed needs to get behind President Trump. Even if you disagree, dislike or distrust him, if you don’t get behind him, and help him win, the alternative will be much, much worse.

See also  DOD "Wiped" Phones Of Senior Trump Officials - Jan. 6 Communications No Longer Accessible
See also  Here is proof WSB did not have anything to do with HKD. Look at which line does up first. Do your research media
Help Support Independent Media, Please Donate or Subscribe: Trending: Views: 0