Zombification / Japanification is not success; it is only the last desperate defense of a failing, brittle status quo by doing more of what’s failed.

A recent theme in the financial media is the Japanification of Europe.Japanification refers to a set of economic and financial conditions that have come to characterize Japan’s economy over the past 28 years: persistent stagnation and deflation, a low-growth and low-inflation economy, very loose monetary policy, a central bank that is actively monetizing debt, i.e. creating currency out of thin air to buy government debt and a government which funds “bridges to nowhere” and other stimulus spending to keep the economy from crashing into outright contraction.

The parallels with Europe are obvious, but they don’t stop there: the entire world is veering into a zombified financial, economic, social and political status quo that is the core of Japanification.

While most commentators focus on the economic characteristics of Japanification, social and political stagnation are equally consequential. If we only measure economic/financial stagnation, it appears as if Japan and Europe are holding their own, i.e.maintaining the status quo via near-zero growth and near-zero interest rates.

But if we measure social and political decay, the erosion is undeniable. Here’s one example. Few Americans have access to or watch Japanese TV, so they are unaware of the emergence of the homeless as a permanent feature of urban Japan. The central state propaganda media is focused on encouraging tourism, a rare bright spot in Japan’s moribund economy, and so you won’t find much media coverage of homelessness or other systemic signs of social breakdown.

If you watch Japanese detective / police procedural dramas, however, you’ll find constant references to homeless people and homeless encampments: detectives seek witnesses to a crime in the nearby homeless encampment; a homeless man living in an abandoned warehouse is found murdered, etc.

Here’s the core dynamic of zombification / Japanification: the top 25% are doing whatever is necessary to maintain the status quo because it works well for them, but the system is failing the bottom 75%, who must be politically, socially and economically neutered so they can’t upset the apple cart.

Depending on the economy/society in question, one could argue that it’s the top 40% defending the status quo and disenfranchising the bottom 60%, or it’s the top 20% disenfranchising the bottom 80%. The exact ratio doesn’t matter; what matters is the status quo no longer works for the majority, but they are powerless to change the system because it’s controlled by the minority who benefit so greatly from it being locked in its present setting.

The other dynamic of zombification / Japanification is: past success shackles the power elites to a failed model. The greater the past glory, the stronger its hold on the national identity and the power elites.

When this too fails to move the needle, they rig statistics to make it appear that all is well. In the immortal words of Mr. Junker, when it becomes serious you have to lie, and it’s now serious all the time.

The necessity of neutering the majority politically, socially and economically manifests in two destructive ways: young people who opt out (or are frozen out) of the failed status quo do not mate and have children, do not buy houses, new cars, etc. This sets off a demographic time bomb that guarantees the implosion of the financial promises made by the self-serving status quo.

This is social depression, and once it is embedded it is essentially impossible to reverse.

Needless to say, if young people no longer have kids and no longer make enough money to buy houses, cars, etc., the economy is doomed to stagnation and decline as old people don’t spend much. That leaves the entire economy’s spending and borrowing on the top 10% who are doing splendidly. But the top 10% cannot hold up the entire economy for long. That fragility is exposed once one of the many rotten props holding up the status quo collapses.

The second option is political upheaval, i.e. populism. When the losers in the winner-take-most economies of the world (and every economy is now winner-take-most once you scrape away the PR and propaganda) have had enough, they take to the streets.

Beating them, shooting them, vilifying them and so on only hardens their resolve to bring the status quo crashing down, regardless of the damage.

Either way, the brittle status quo collapses from either political rebellion or social depression or the fragility that arises from pursuing ever more extreme measures of defending the status quo’s winners at the expense of the many losers.

Zombification / Japanification is not success; it is only the last desperate defense of a failing, brittle status quo by doing more of what’s failed. Japan has perfected the art of managing decline while maintaining the illusion that the status quo is solid and permanent.

In this, the entire global status quo is embracing Zombification / Japanification. By all the usual economic measures–growth, national debt, percentage of tax revenues devoted to interest on the debt, and so on–the status quo can continue to maintain the facade of solidity essentially forever.

Beneath the surface solidity, however, all the buffers are thinning. The great irony of zombification / Japanification is that the success of maintaining the illusions of permanence only masks the increasing fragility of the status quo; it doesn’t actually fix what’s broken or obsolete. 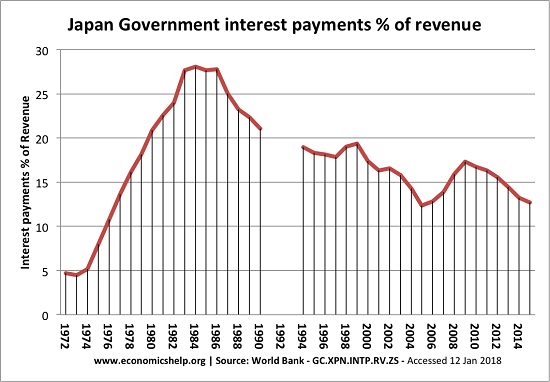 My Interview with Mark Jeftovic: Pathfinding Our Destiny (43 minutes)