Last time rates soared like this, the stock market dropped double-digits from CNBC.

Interest rates are surging in the U.S. and around the world, sending shock waves through equity markets. The last time this kind of breakout in bond yields struck, U.S. stocks tumbled more than 10 percent.

When the 10-year Treasury note yield broke above resistance in late January, the stock market sharply corrected, Miller Tabak equity analyst Matt Maley said in a note to clients Thursday. Between the S&P 500’s high on Jan. 26 to the year-to-date low on Feb. 9, the market fell nearly 12 percent as the benchmark bond yield broke out to multiyear resistance around 2.6 percent.

See also  Fed can NEVER raise rates, inflation is NOT transitory, and if you think otherwise you're literally retarded

After the kind of yield action this week, he wouldn’t be surprised if the market again gets “knocked off balance in a significant way.”

“We’re seeing a similar thing now, where the yield on the 10-year note is breaking strongly above 3.1 percent, which is a multiyear high. … People have been talking about how whenever we see these gradual rises in rates, it’s really not a problem, but when you do get these big spikes, like we got back in January, it does create disruption in the marketplace. That’s what we’re worried about right now,” Maley said Thursday on CNBC’s “Trading Nation.” 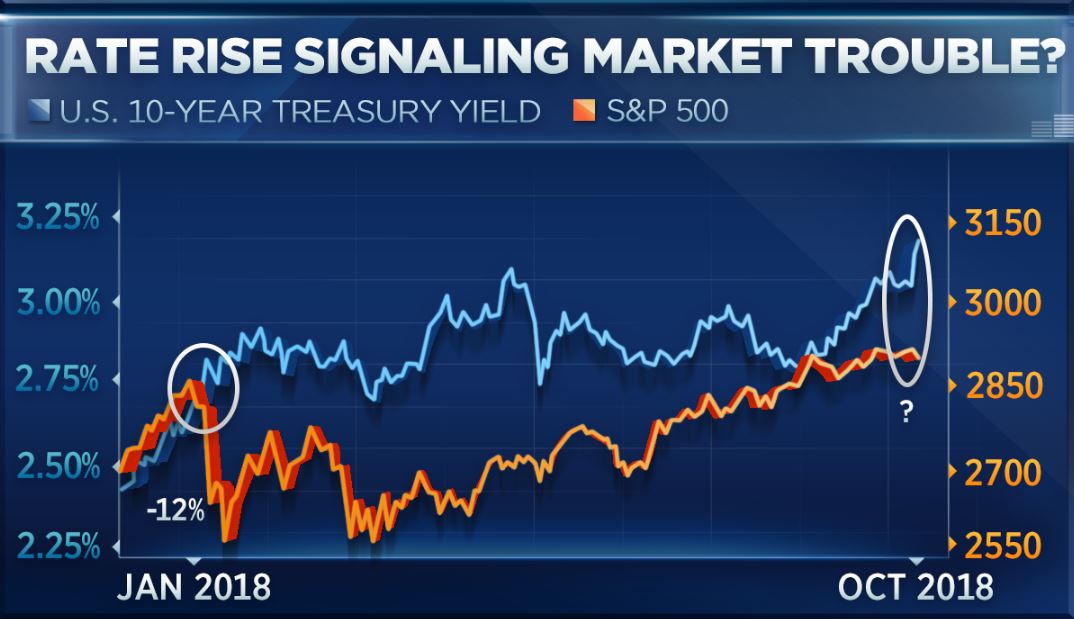