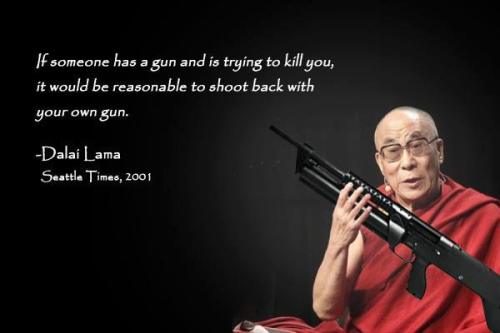 Following the horrific mass shooting that took place on Thursday afternoon at the Capital Gazette newspaper in Annapolis, Maryland, leaving five people dead and others severely injured, the left wasted no time to gain political points over the tragedy. After President Trump posted a condolence message via Twitter, a White House reporter blasted the POTUS, basically blaming him for the shooting:

Prior to departing Wisconsin, I was briefed on the shooting at Capital Gazette in Annapolis, Maryland. My thoughts and prayers are with the victims and their families. Thank you to all of the First Responders who are currently on the scene.

You caused this, Mr. President.

Rob Cox, who is the global editor for Reuters Breakingviews also took a cheap shot at Donald Trump via Twitter. Even if  he later deleted the tweet, the internet never forgets:

“This is what happens when @realDonaldTrump calls journalists the enemy of the people. Blood is on your hands, Mr. President. Save your thoughts and prayers for your empty soul.

The left exploits every tragedy, facts do not matter to them; “never let a good crisis go to waste”, to quote from the classics (Obama’s best buddy Rahm Emmanuel, in case you were wondering). And yes, the corporate left-wing mass media, also known as the American Pravda, really is the enemy of the people. Case in point, Andrew Feinberg is assuming the shooter’s motive before the shooter’s motive is known. That isn’t what an actual journalist does. There is no such thing as the “free press” in America. They’re all bought and paid for,  traitorous liars and yellow journalists with no moral compass and zero ethics. It’s long past time that individuals like Feinberg and Acosta have their White House press credentials revoked. They are not journalists, they are mere (and well paid) political hacks who happen to have a publisher.

I did not hear one of these fake reporters put the blame on the anti Trump media hysteria for Steve Scalise’s shooting; instead,  they said it was a deranged individual and ignored the fact that he was an avid Bernie Sanders supporter…..after all the hatred the media has spewed against Trump and his supporters, they would now play the victim. When the loony liberal shot Republican Congressman Steve Scalise, the media blamed that on President Trump as well. You can’t fix stupid.

Just shows what trash these people are.

Can you ever imagine a day when the media would say one positive thing about Trump, just ONE? In other “news”, House Minority Leader Nancy Pelosi is already asking for gun control:

Praying for everyone injured & the families of those lost in today’s shooting at the Capital Gazette in Annapolis, Maryland. Congress has a responsibility to take action to prevent the tragedy of gun violence. Every day it fails to do so is a stain on our country.

Some “aide” should tell this senile woman that Maryland already has some of the most restrictive gun control laws in the Nation.

I’m not sure what she wants, other than to make political hay over the still warm dead bodies of those poor people who were denied their constitutional right by Maryland law to protect themselves. Nancy Pelosi represents every single thing that is wrong with government. With so many glaring examples, I will merely boil it down to a few. She is protected by armed security, behind an armed and gated fortress which will never suffer the same consequences of the less-affluent. Her gun control rhetoric will never cause her or her loved ones to lose their lives or limbs. She swore to uphold the Constitution, but is willing to trample it for political expediency. She is vermin, and should be treated as such. No one who is willing to sacrifice the safety of their constituents should ever be allowed to hold office.

This is the perfect event to distract the public’s attention away from Democrats’ calls to harm conservatives, fire ICE, and open borders. White dude with no ID walks up and guns down 5 people, won’t even tell police who he is. It’s a liberal news outlet. This gives the progressives the platform to divert from their own downfalls this week, call out that the guy was a right wing nut, energized by Trump’s disrespectful language towards the media, and the cherry on top for them will be yet another all out call for gun control. The fake news media is already lapping this up.

This is the left MSM for you: 5 dead in Maryland= Breaking news; 5 dead in Chicago = Thursday night