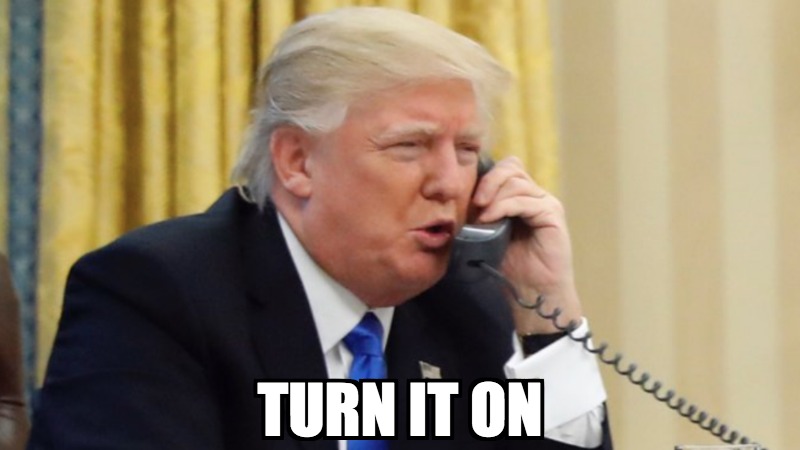 Your really have to read this piece and watch the video, as it’s very important in order to understand the Zeitgeist. Alright, so what do we have here is the second  most-watched news show on cable TV in the US, and I am talking about Fox News’ Tucker Carlson Tonight. The only reason for which Tucker Carlson is not number one (yet) is due to its  time slot. Hannity is number one, on the same network, as he has the better time-slot, but that’s not important. Here’s the video:

Tucker Carlson is dropping truth bombs Monday to Friday, covering all the important talking points, at least in this writer’s opinion. Or most of them, at least. If you haven’t  listened to his amazing monologue from last night, well, he analyzed the left calling for Trump’s impeachment over the so-called breaking-news-bombshell that his shyster back-stabbing lawyer has a lot of nasty stuff to say about him, and we must trust Cohen, obviously, because reasons. Also, he explained how the leftist paradigm works, i.e. everything they do is to  oppose Trump on basically any issue. For example, after Trump tweeted about Tucker’s segment regarding South African farmers getting killed and robbed by their government, the left is now literally supporting the land-grab in South Africa, while claiming that the farm-murder epidemic is nothing more than a white supremacist conspiracy theory. The ADL actually calls people supporting white South Africans neo-nazis, or something along these lines.

See also  IS THIS THE REAL REASON STARBUCKS STORES ARE BEING SHUT DOWN? THEY ARE UNIONIZING!

Tucker Carlson  did a follow-up on the South Africa story last night, prior to mentioning the fact that Nancy Pelosi spoke in defense of the famous MS13 gang, just because Trump wants them deported, and also that women-empowering porn-stars nowadays are stand-up and trust-worthy people.

I don’t see this impeachment happening any time soon. It’s a moot point. Not to mention the backlash:

I just hope all this insanity promoted by the left is going to drive Republicans to vote in droves in the midterm election in November. This is the only way to fix the country and to prevent impeachment proceedings to begin in the first place.  Also, I believe that sane Democrats (and there are quite a few of them who don’t identify with what their party has become after 8 years of Obama) will stay home.

“2020 odds: @realDonaldTrump favored more than every other challenger combined” via @SecretsBedard @dcexaminer t.co/fUspNUhlgJ

The article in the Examiner is flawless. Moreover:

Don’t you just hate the guy?