by Umar Farooq
Amazon’s current ratio has been deteriorating regularly in the last five years. As it is not really making enough “real cash,” the company could be easily beset by a liquidity crisis subsequent to a decline in revenue growth. 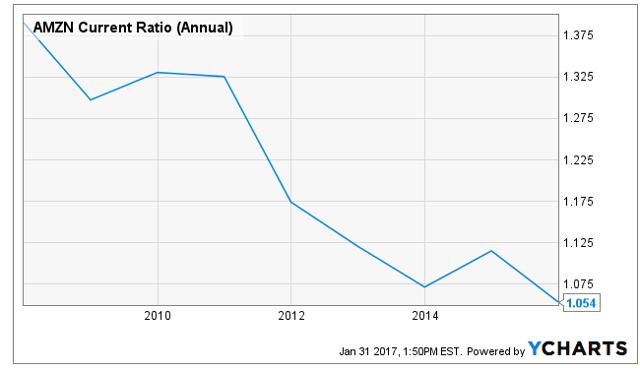 “If we take a closer look at its reported TTM “Net Cash Provided from Operating Activities,” we can see that Amazon is barely producing any cash from business operations. As shown in the chart below, ~52% of its reported Cash from Operations (“CFO”) consists of depreciation of short-lived assets including servers, 18.5% consists of cash generated from paying employees with stock, and 15% is derived from working capital. This means the real cash provided from operating activities amounts to merely $2.1 billion. This figure is significantly below capital expenditure figures of the past five years, implying that Amazon has actually been financing the building of its warehouses by selling equity and, in some ways, borrowing money from its customers. The trouble is that if top line growth slows down, the company won’t have additional funds available from payables to finance the growth in PP&E, and this is likely to lead to an increase in long-term debt and capital leases.” Pop Investment Research Group

See also  Cost of living crisis worsens in the UK and Australia... 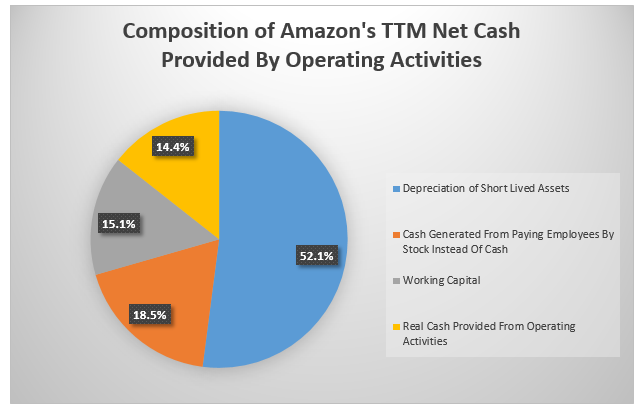 Amazon’s current ROIC of 10% is ever so slightly greater than the high WACC figure of 9.2%. This tells me the company is not generating sufficient value for its shareholders. In fact, if we compare Amazon’s estimated WACC with its three-year historical ROIC, it is clear that the company is actually eroding value and not making any economic profits. 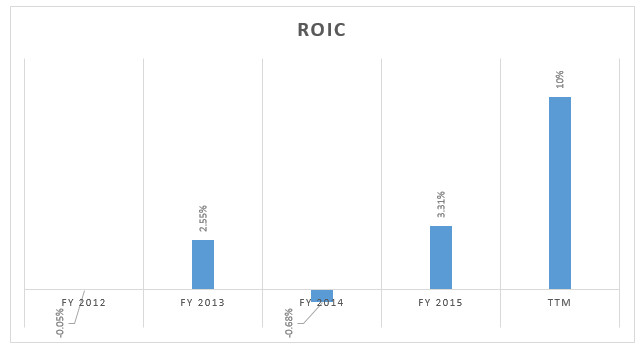 Amazon’s revenues could easily exceed $200 billion by 2020. The question is whether all good news regarding Amazon’s exciting products and entry into new markets and the great prospects of AWS is already baked into the company’s stock price.
Although the Amazon stock has shown tremendous growth, the company’s fundamentals aren’t as solid as many might think. By no means is it a cash cow, and the company is not a solid value generator either. As far as the intrinsic value of the stock is concerned, Amazon looks overvalued and the shares are priced for perfection. Even with rather optimistic assumptions, Amazon’s fair value is lower than the current share price.

See also  The financial crisis we are experiencing now will be the worst of our lives
Trending: Views: 7

2 thoughts on “The looming liquidity crisis for Amazon; a warning sign for the Longs”