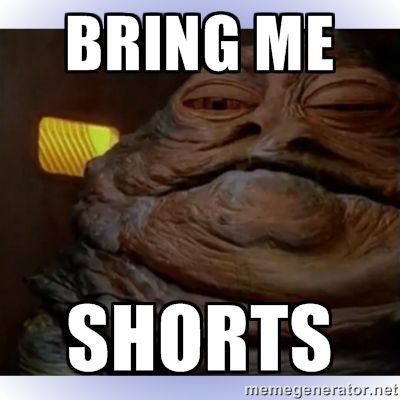 Short people got no reason
Short people got no reason
Short people got no reason
To live
They got little hands
And little eyes
And they walk around
Tellin’ great big lies
They got little noses
And tiny little teeth
They wear platform shoes
On their nasty little feet
Well, I don’t want no short people
Don’t want no short people
Don’t want no short people
Round here
–        Randy Newman
Public sentiment is stacked against those who take short positions in the market.  Shorting involves selling borrowed shares with the intention of buying the shares later in the open market at a lower price, thereby netting a profit in the process.  Unfortunately, the “shorts,” as this group is commonly referred to, are frowned upon and find themselves at a decided disadvantage when they transact short trades.
The main reason for this attitude is that most market participants, such as mutual funds and retail investors, buy and hold stocks for the long term.  Although some investors hedge their long positions by implementing shorting strategies, there is no stigma associated with shorting for this purpose.  Indeed, it is considered a prudent measure to protect one’s investment.  On the other hand, direct sell-then-buy shorting is scorned.
There is no sympathy for shorts when their trades work against them.  In fact, there is palpable glee, a certain schadenfreude, when short traders (some would say, traitors) get washed out when they try to capitalize on the misery of stalwart long-term investors.
If the market goes down precipitously, losers can always turn to the Federal Reserve, the Securities and Exchange Commission, Congress, or the media to lend a sympathetic ear.  Our congressional representatives want to know what can be done to stop the hemorrhaging because a large percentage of their constituents hold long positions in their 401k, IRA, or individual brokerage accounts.  Indeed, most congressmen hold long positions in their own accounts.
No such sympathy is extended to shorts.  Nobody goes to bat for them.  Shorts are regarded in some circles as predators.  Some investors even denounce shorts as unpatriotic because shorting the market, in their view, is tantamount to shorting America.  Shorts are the Rodney Dangerfields of the marketplace.  They get no respect.
Investors who suffer big losses have support groups that provide solace when the market turns against them.  They can tune into CNBC where there are always a bevy of cheerleaders to lift their spirits.  Any market decline, no matter how severe, is considered a buying opportunity as far as they are concerned.  And, if the market happens to be setting new record highs, they recommend buying the all-time high.  Every once in a while CNBC features a guest who has the temerity to espouse a bearish view.  Within seconds, the masochistic guest is run over by a Peloton fleet of bullish panelists.
Shorts can’t catch a break.  The risks associated with taking a short position are manifold.  These risks include the unique drawbacks associated with a short sale, the unfavorable rules imposed by market regulators on shorting, and a rigged market that aggressively militates against shorting.  Let’s take a look at each type of risk.

The twin forces of Fed intervention and manipulative high frequency trading deceive market technicians, who predict market tops based on corrupt data.  Garbage in, garbage out.  Frequent forecasts of approaching market pullbacks attract short sellers who wind up driving the market higher when they get caught in cascading short squeezes, which propel share prices higher and higher.  Short sellers swept into this vortex suffer crippling losses.

Based on the strong headwinds facing short sellers, shouldn’t they be granted a certain degree of begrudging admiration for their courage?  Unfortunately, the answer is no.  Courage is not to be confused with stupidity.  Shorts are dumb for fighting the Fed and fighting the tape. They deserve what they have coming to them.
So what are shorts to do?  No reasonable person can deny that shorts are victims of institutionalized bias and other factors. A market tilted in favor of the bulls violates the bedrock principle that market forces and market forces alone should decide whether stock prices go upor down. The market cannot be the cornerstone of our capitalist system if one side of a trade is favored over the other.  Our government should keep its heavy thumb off the scale of greed and fear that drives the market.  In a fair market, shorts should be treated the same way longs are treated.  It would be unfair, even un-American, to have it any other way, no matter which way one thinks the market is heading.
If short trading in the market is so repulsive, it should be treated like cigarette smoking.  A public disclaimer should advise short traders that their trades could be hazardous to their financial health since market regulations, monetary policy, and public opinion are stacked against them.  After all, shorts are people too.
Shorts should go long or go home because the market don’t want no short people.