The markets are soaring because they believe a trade deal was supposedly made at the G-20 meeting.

The most critical parts of the trade deal (IP theft by China, etc.) were NOT resolved. The only issues that were addressed were:

1)   China will buy more agricultural items from the US.

2)   President Trump suggested he would let US companies continue to sell technology to Chinese telecom Huawei.

#2 is an unmitigated disaster for the President. Both Democrats and Republicans roasted the President for caving on this measure. So the odds he’ll carry through with it are slim.

Regardless, the markets are acting as though a full trade deal is 100% completed. The S&P 500 is approaching 3,000 reaching the target for the expanding megaphone pattern we’ve been tracking since March 2019. 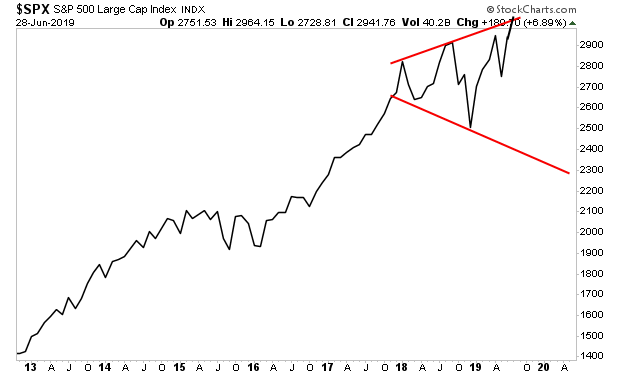 The big question is if this current move is being driven by start of the month buying and performance gaming by investment funds or if it’s the real deal.

Big picture… nothing has changed and this rally is staging the back-test of the 10 year bull market trendline.

You know what comes next… 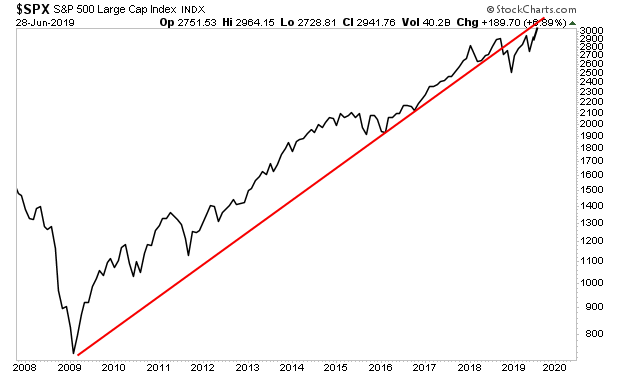 A Crash is coming…