Using two websites, created after the 2016 election, one by a group of NeverTrumpers and another by a liberal Hillary Clinton supporter who has an extreme hatred and bias against anything “Russia” related, Arc Digital Media declared the #WalkAway movement was a “deceptive propaganda campaign,” being pushed by Pro-Trump and Russian-linked Twitter accounts. That determination is made by citing the NeverTrump/anti-Russia site Hamilton 68 and another supposed bot tracking site Bot Sentinel.

It is time to walk away from the Democratic party’s ideology. The democratic philosophy is filled with hate and fear mongering. They have no message. Actually, they never had a message. They only use the government to control people and to keep their People in power. All of the fake politicians use their position to make themselves rich and keep you weak and needing their philosophy. I tell you this, I will never accept their lies again. Period.

. . . the political enforcement of Jim Crow was entirely in Democratic hands. The Ku Klux Klan functioned as the paramilitary wing of the Democratic party, and it was used to drive Republicans out of the South after the Civil War. Before he took up the cause of civil rights as president, Lyndon Johnson acting as Senate majority leader blocked the GOP’s 1956 civil-rights bill, and gutted Eisenhower’s 1957 Civil Rights Act. Democratic senators filibustered the GOP’s 1960 Civil Rights Act.

Donald Trump held a rally in Atlanta, Georgia on Wednesday, June 15 2016, and of course the typical crazies came out to protest him. Unfortunately for one of his protesters, who was wearing not only a black lives matter t-shirt, but also a LGBT button, a group of high school aged kids, including a 16 year old black male, were present to shut down their foolishness via a debate of epic proportions. Every point and counter point that the Trump protesters in this video made was wrecked into oblivion by these kids, who were actually debating full grown adults that appeared to be in their 40s and above.

See also  NEW POLL: Democrats LITERALLY Want to Put You in a CAMP! | Louder With Crowder

The beauty of this debate is in the way it illustrates the chasm between blacks with a brain and blacks that are complete morons. The black LIES matter supporter in this video was a complete moron, but the 16 year old black kid and his high school aged friends were not. In one of the sadder, but hilarious, moments of the video, the black lies matter supporter thought that Donald Trump’s wife was illegal simply because she “was from Europe.” Maybe he doesn’t know the difference between legal immigration and illegal immigration?

Liberals and liberal media would have the whole country believe that all blacks are morons that require the assistance of whites to complete any mundane task. This video wrecks that whole ideology. It also shows how much disdain African Americans have for other blacks who can’t get it together and are willfully ignorant.

In a day and age of safe space liberal kids on college campuses, that scream at the top of their lungs when they are triggered due to frail insecurities, a video like this is simply refreshing. The DePaul University event kerfuffle involving Milo Yiannopoulos would have many lose faith in the youth. This is a stark and welcomed contrast that provides hope for the future of our youth.

Democrats voted against every piece of civil rights legislation in Congress from 1866 to 1966 – a whopping 100 years. That is a dismal record for today’s Democrats who would like you to believe that history has been on their side on this issue.

Democrats voted to keep Africans Americans in slavery, opposing the 13th Amendment which officially freed the slaves. Only four Democrats voted for it.

Republicans also passed the 15th Amendment which gave slaves the right to vote. Not a single one of the 56 Democrats in Congress voted for it.

The problem these liberal websites, and Democrats are having is that more and more of these falsely accused “bots” are now proving to be real as video after video of real people, are starting to be published and slapped on YouTube and in the #WalkAway hashtag on Twitter. Obviously not “bots” as they explain why they have previously, or are now, walking away from the Democratic party because of how radical, and in some cases, violent, the party has become. 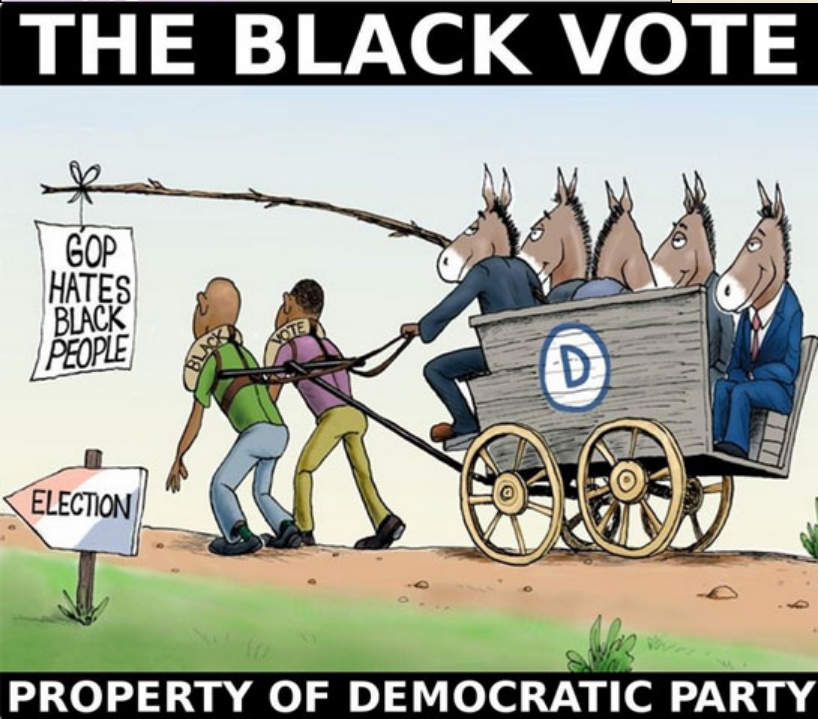