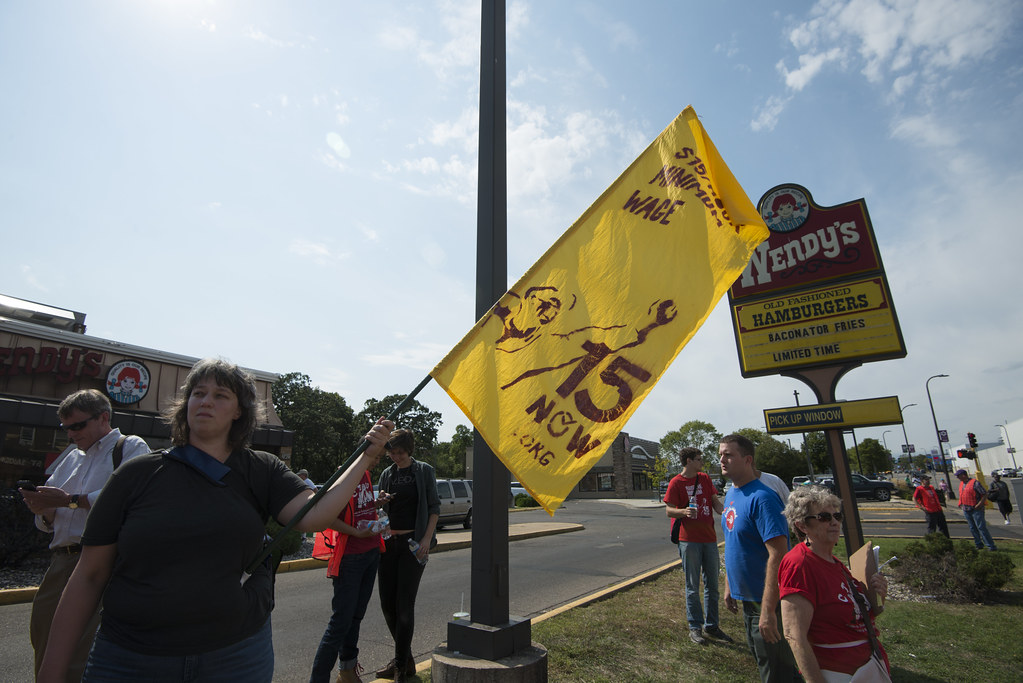 Across the Western world, governments and citizens are clubbing together to work for either a minimum wage to be put in place or to increase the minimum wage to a more “living wage”. But they are ignoring the reality. In almost every place where a minimum wage is enacted, it soon becomes the maximum wage for low-skilled professions. Imposing such a wage tells employers that “this is the most you have to pay to be acceptable”. In the US, marchers are out demanding $15 per hour, and in the UK, opposition government is calling for A £1 increase. It seems neither side is willing to learn from the other’s lessons.
If you don’t believe that the minimum wage = the maximum wage, here is a short breakdown of recent developments in the UK:
The Conservative Party wins power and promise to raise the minimum wage from £7.20 to £9 within the next 5 years (by 2020).
The opposition party (Labour), counteract and say that if they are elected, they will try and get the minimum wage raised to £10 per hour by the end of their fixed-term parliament (2025).
In both cases, it is politicians trying to push up the minimum wage, not companies nor employers. The fact that it is an “election winning pledge” to help low-earners get an extra 30 pence an hour over the period the next 8 years is a disgrace. Where are the employers? What’s their input?
As it happens, big corporations are putting their opinions forward; they are saying they intend to comply with government regulation on the minimum wage. Well OF COURSE they are. It means they are only obliged to pay what the government says; and be morally absolved into the bargain. But here’s the rub. Governments are pushing the minimum wage on behalf of the multinational corporations. Big business wants to make everyone pay employees the same because:

This is not to say that there should not be worker’s protections in place of some kind. But the idea that a minimum wage benefits the poorest in society is a pernicious myth. It sells their slavery to them at the cheapest possible rate (only $15 per hour).

2 thoughts on “The Minimum Wage Myth”