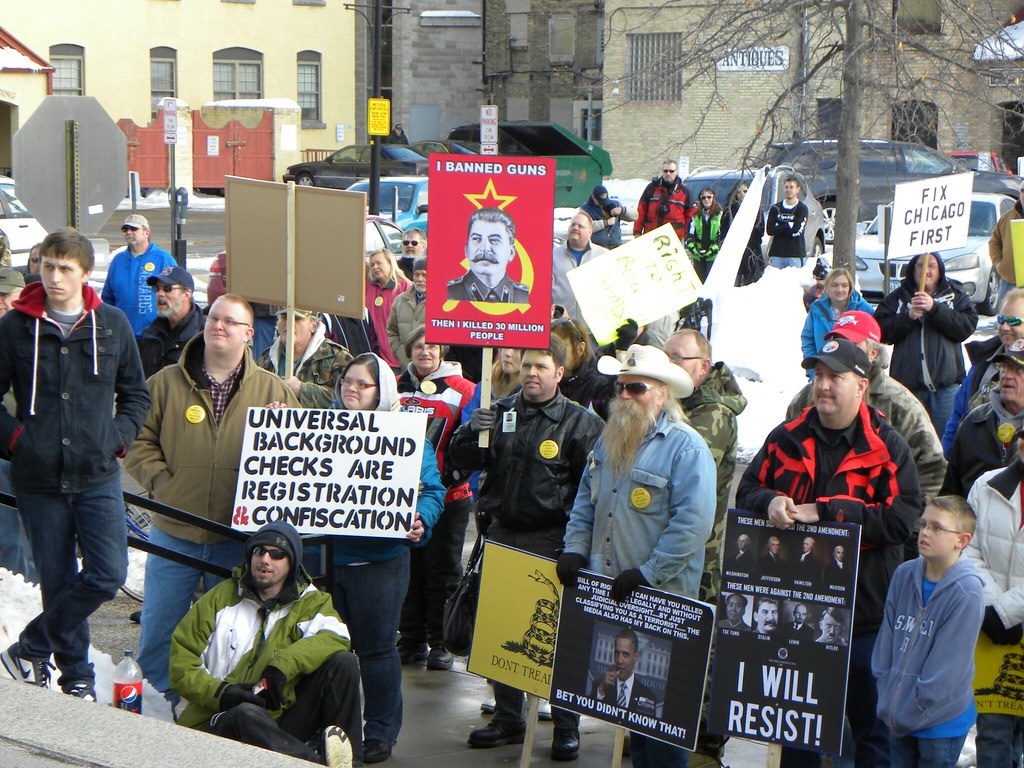 A new Bill, SB719, has been passed by both the House and the Senate in Oregon that allows police to take your legally owned weapons AND permit without your permission, even if you have never appeared in a court or been charged with a crime.
It is based on the 2014, Californian Bill SB 719A, that enacts what is known as an “Extreme Risk Protection Order” (ERPO). The “reasoning” behind this Bill has been explained as a way of preventing at-risk people of committing suicide. But the reality is that this is just a way of allowing the State to seize legally owned weapons without any Due Process.
It allows that if a family member, a person in the household, or a Police Officer deems you to be “at-risk”, they can applt to the court for all firearms and permits to be removed from the “at risk” person. This is then either granted or denied by the judge. The “at risk” person does not even have to be either aware of the order or appear before the court for this to be granted.
The reality is that a Police Officer could go to your home and demand that all firearms be handed over. This is confiscation and it is unconstitutional. What is not made clear (likely on purpose) is whether or not the Police Officer will have to apply for a separate warrant to enter your home and search, or if they will be legally allowed to break open your safe if you refuse to give the combination.
Here is what the Order will state:
“To the subject of this protection order: An extreme risk protection order has been issued by the court and is now in effect. You are required to surrender all deadly weapons in your custody, control or possession. You may not have in your custody or control, purchase, possess, receive, or attempt to purchase or receive, deadly weapons while this order is in effect. You must, within 24 hours, surrender all deadly weapons in your custody, control or possession to (insert name of local law enforcement agency), a gun dealer or a third party who may lawfully possess the deadly weapons. You must, within 24 hours, surrender to (insert name of local law enforcement agency) any concealed handgun license issued to you. You may request a hearing to contest this order. If you do not request a hearing, the extreme risk protection order against you will be in effect for one year unless terminated by Enrolled Senate Bill 719 (SB 719-A) Page 2 the court. You have the right to request one hearing to terminate this order during the 12 months that this order is in effect starting from the date of this order. You may seek the advice of an attorney as to any matter connected with this order.”
It is a travesty that this can take place in a country where it is a Constitutional Right to Face Your Accuser. The Sixth Amendment states: “in all criminal prosecutions, the accused shall enjoy the right…to be confronted with the witnesses against him.”
It will likely be argued that the seizure/confiscation of guns in these cases does not constitute a criminal prosecution, but it should be. You have an Accusation, you have a judge deciding, and you have the Law enforcing the ruling of the court…How is this not a prosecution.
This is a bill that leaves so much open to the interpretation of Judges that is should be immediately struck down as granting almost unlimited use. You can read the full Senate Bill here. As a brief example, in this Bill a Deadly Weapon (the object/s that can be confiscated) are described as:

See also  NewsBlog The Police and Military when SHTF – Friend or Armed Foe?
See also  House PASSES assault weapons ban 217-213: Two Republicans join all but five Democrats to move bill to the Senate - where it faces a very tough road to getting passed

So anything that can cause death or injury…a car? A knife?
And even worse is what the Bill constitutes as a Law Enforcement Agency (one of the group of people who have a legal right to apply to a court to have your weapons removed):
(4) “Law enforcement agency” means an agency or department of the State of Oregon or of a political subdivision of the State of Oregon whose principal function is the apprehension of criminal offenders.”
Now I may be wrong, but aren’t Social Services technically involved in the “apprehension of criminal offenders? This sentence grants far too much latitude and will be used to assign the “right to apply” to any number of “political subdivisions” in government.
This is just a shockingly bad Bill that will be used, abused and misused time and time again. It will breech Civil Liberties, it stands in direct opposition to the Constitution, and it is nothing more than a State sanctioned plot to remove legal firearms from people who do not willingly follow the Agenda. It is a disgrace.
Here is a short video of Kevin Starret arguing against the legitimacy of this Bill: