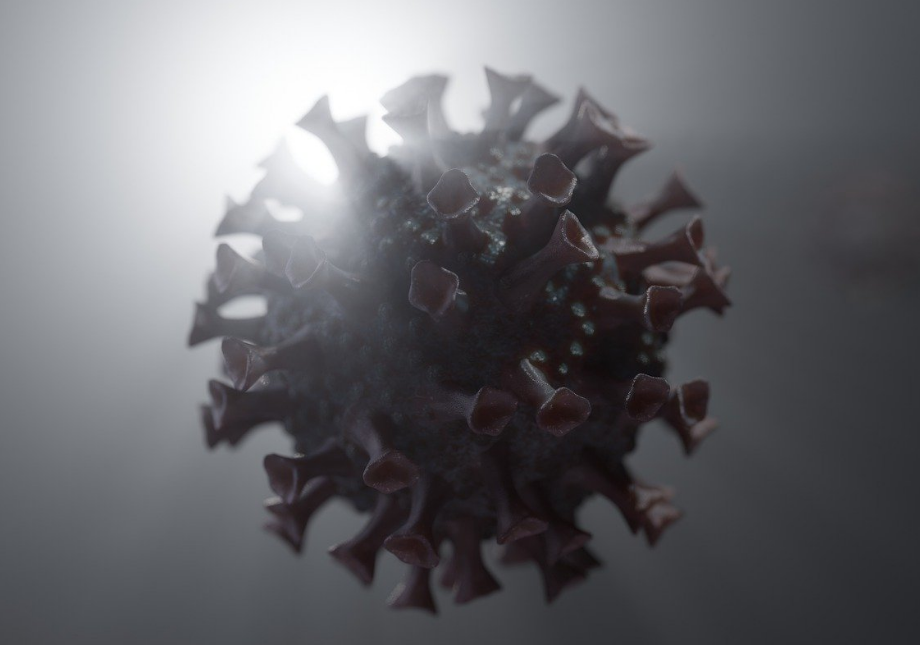 People are dropping dead in the streets, deeply sick individuals are committing suicide by jumping off buildings, and dead bodies are being burned in the open air because crematoriums have run out of space.  What we are witnessing in India right now is nothing short of a horror show.  We are being told that someone is dying every four minutes in New Delhi, but everyone pretty much agrees that the official numbers are not capturing the full extent of this plague.  Some models are suggesting that “as many as 15,000 people are dying every day” in India, and hospitals all over the country are overflowing with patients that are at death’s door.  India’s “double mutant” strain has been widely blamed for this catastrophe, but now a “triple mutant” strain has emerged which appears to be even more dangerous.

Here in the United States, we often ignore what is going on in the rest of the world.  But what is transpiring in India right now deservers our full attention…

People infected with coronavirus are dying in the streets, bodies are piling up at crematoriums and hospitals are running out of oxygen and beds as India’s crisis spirals out of control.

During a second wave described as a “tsunami”, infected people have been wandering the streets looking for hospitals with open beds, morgues have run out of stretchers and trees from parks were to be used to burn bodies.

By now, we have become quite accustomed to the dominant COVID strain that has spread so widely in the United States, and a lot of people out there are not taking it very seriously because the vast majority of victims end up recovering.

But if this strain from India starts spreading like wildfire in the U.S., it will completely change the game.  This virus has caused a devastating oxygen shortage in Indian hospitals, and many patients are dying prematurely simply because there is not enough to go around…

Dr. Gautam Singh dreads the daily advent of the ventilator beeps, signaling that oxygen levels are critically low, and hearing his desperately ill patients start gasping for air in the New Delhi emergency ward where he works.

Like other doctors across India, which on Monday set another record for new coronavirus infections for a fifth day in a row at more than 350,000, the cardiologist has taken to begging and borrowing cylinders of oxygen just to keep patients alive for one more day.

Sadly, greedy individuals have decided to start selling oxygen on the black market, and in many cases they are selling cylinders of oxygen for absolutely ridiculous prices…

The price of an oxygen cylinder would typically cost around around $80 (6,000 rupees), but price gougers are cashing in on the huge demand and in some cases charging as much as $1,300 (50,000 rupees) per cylinder.

In the most critical cases, those unable to get access to oxygen are suffocating to death, while some people have resorted to committing suicide by hurling themselves from roofs amid the hospital shortages.

In the western world we are constantly being told that the vaccines will end this pandemic, but in India we are seeing an explosion of cases even though 142 million people have already gotten at least one injection…

Inoculations peaked at 4.5 million doses on April 5 and have since averaged about 2.7 million a day, government figures show.

Nationwide, almost 142 million people have received at least one dose of a Covid vaccine.

The “double mutant” strain that has been spreading all over India is known as “B.1.617”, and there is still so much that we don’t know about it.

What we do know is that it has 13 distinct mutations that set it apart from the original COVID virus, and we are being told that the “E484Q mutation” is very similar to the E484K mutation found in Brazil and South Africa.  That particular mutation “can help the virus evade antibodies”, and this has caused great concern among scientists.

And just when it seemed like things couldn’t get any worse in India, a new “triple mutant” strain has emerged…

As India contends with its second major wave of COVID cases and a double-mutated variant of the virus, it now faces a new threat — a triple-mutant variant.

Scientists found two triple-mutant varieties in patient samples in four states: Maharashtra, Delhi, West Bengal, and Chhattisgarh. Researchers in the country have dubbed it the “Bengal strain” and say it has the potential to be even more infectious than the double-mutant variant.

This is because three COVID variants have merged to form a new, possibly deadlier variant.

The Times of India spoke to Vinod Scaria, a researcher at the CSIR-Institute of Genomics and Integrative Biology in India, who said the triple-mutant was also an “immune escape variant” — a strain that helps the virus attach to human cells and hide from the immune system.

“Hide from the immune system”?

That doesn’t sound good at all.

At this point scientists have no idea how effective the current vaccines will be against this “triple mutant” strain.

And of course it is inevitable that COVID will continue to mutate, and so researchers will be in an endless race to keep up with those new strains.

This new “triple mutant” strain is yet another example that shows us that any declarations of victory are completely premature.  Back in January, Indian Prime Minister Narendra Modi was bragging to the rest of the world about how well his nation had done during this pandemic…

In January, Prime Minister Narendra Modi declared victory over the coronavirus, telling a virtual gathering of the World Economic Forum that India’s success couldn’t be compared with that of anywhere else.

A little less than a month later, his Bharatiya Janata Party passed a resolution hailing Modi as a “visionary leader” who had already “defeated” the virus.

But now people are literally dropping dead in the streets all over India, and bodies that are being burned in the open air light up the night skies…

As the death toll mounts, the night skies in some Indian cities glow from the funeral pyres, as crematories are overwhelmed and bodies are burned in the open air.

As I discussed yesterday, we have entered a period of time when “pestilences” will constantly be with us.

If you weren’t taking the COVID pandemic seriously, you were living in a fantasy world.

And if you thought that there would be an easy solution to this pandemic, you were living in a fantasy world.

More than 3 million people have already died, and the most dangerous strains are just emerging now.

This story is far from over, but most Americans are still in a deep state of denial.