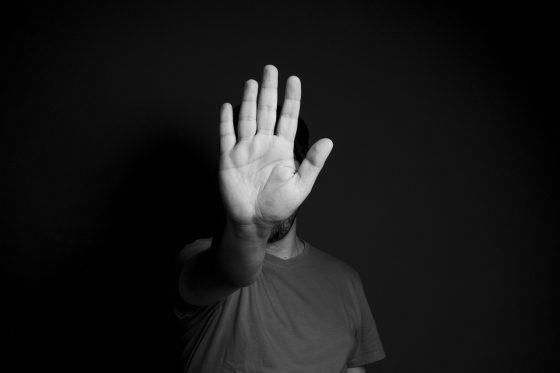 As we head into winter, health authorities are telling us to stay at home as much as possible and to keep contact with others at a minimum.  They are telling us that we must do this for our own good, but the truth is that the mental health of the American people has been absolutely devastated by the various restrictions that have been imposed since the COVID pandemic first began.  Coming into this year, suicide was at an all-time record high in the United States and more Americans were on anti-depressants than ever before.  Unfortunately, the COVID lockdowns have made things even worse.  The following is an excerpt from a study that was released just a few days ago…

The unfolding of the current coronavirus 2019 (COVID-19) pandemic, the worst global public health crisis in recent history, has caused unprecedented medical, social, and economic upheaval across the globe, and inflicted profound psychological pain on many people. The rapid spread of this highly contagious disease resulted in a host of mental health consequences: feelings of uncertainty, sleep disturbances, anxiety, distress, and depression. The wide adoption of restrictive measures, although helpful in controlling the spread of the virus, inevitably resulted in psychological and financial costs that may have long-term psychological sequelae.

A lot of people will never be the same again after this.

Health authorities insist that the lockdowns are helping to prevent the spread of the virus, but they are also crippling people emotionally.  If you doubt this, just consider the following numbers which come directly from the CDC’s own website…

The coronavirus disease 2019 (COVID-19) pandemic has been associated with mental health challenges related to the morbidity and mortality caused by the disease and to mitigation activities, including the impact of physical distancing and stay-at-home orders.* Symptoms of anxiety disorder and depressive disorder increased considerably in the United States during April–June of 2020, compared with the same period in 2019 (1,2). To assess mental health, substance use, and suicidal ideation during the pandemic, representative panel surveys were conducted among adults aged ≥18 years across the United States during June 24–30, 2020. Overall, 40.9% of respondents reported at least one adverse mental or behavioral health condition, including symptoms of anxiety disorder or depressive disorder (30.9%), symptoms of a trauma- and stressor-related disorder (TSRD) related to the pandemic† (26.3%), and having started or increased substance use to cope with stress or emotions related to COVID-19 (13.3%). The percentage of respondents who reported having seriously considered suicide in the 30 days before completing the survey (10.7%) was significantly higher among respondents aged 18–24 years (25.5%), minority racial/ethnic groups (Hispanic respondents [18.6%], non-Hispanic black [black] respondents [15.1%]), self-reported unpaid caregivers for adults§ (30.7%), and essential workers¶ (21.7%).

I was absolutely stunned when I read that more than a quarter of all Americans aged 18 to 24 had “seriously considered suicide” in the last 30 days.

That is more than one-fourth!

Sadly, a lot of young people are acting out those thoughts.  Over one six week period, one county in Pennsylvania had hundreds of patients come in due to “self-injury or suicidal thoughts”…

It’s not just physical ailments as emergency departments are also being bombarded with the emotional fallout from the pandemic. Over a six-week period this summer in Montgomery County, 400 people went to hospitals because of self-injury or suicidal thoughts.

Young children are being deeply affected emotionally by the COVID pandemic as well.

This week, a brand new study was released in the UK that found “children’s depression symptoms have increased substantially” due to the lockdowns…

A new study by researchers at the University of Cambridge finds that the government-imposed lockdowns in response to the coronavirus pandemic cause significant harm to children’s mental health. The study, published this week in the Archives of Disease in Childhood, was the first of its kind to analyze data on younger children’s mental health before and during the first lockdown in the United Kingdom last spring.

Following 168 children between the ages of 7 ½ and 11 ½, the researchers conclude: “During the UK lockdown, children’s depression symptoms have increased substantially, relative to before lockdown. The scale of this effect has direct relevance for the continuation of different elements of lockdown policy, such as complete or partial school closures.”

What we are putting our children through is inexcusable.

Just the other day, a family was kicked off a flight and banned from United Airlines forever because a two-year-old child did not want to wear a mask.

This is how crazy our society has already become.

And if we can’t handle the COVID pandemic, what are we going to do when global events really start to spiral out of control?

The mental health of Americans was already the worst it had ever been coming into this year, and now people are literally having major meltdowns all around us.

Interestingly, according to one recent survey there is one group of people “that did not experience a mental health decline in 2020”…

According to a Gallup Poll released on Monday, frequent church attendees were the only group in the U.S. that did not experience a mental health decline in 2020.

But of course you never heard that reported by the big corporate news networks did you?

The average American watches approximately five hours of television a day, and more than 90 percent of what we watch on television is controlled by just 6 giant corporations.

If you allow anyone to pump propaganda into your mind for five hours each day, it is going to dramatically affect the way that you view the world, and there is a good chance that you will end up depressed and/or suicidal.

Everything that can be shaken is going to be shaken, and most people are not going to be able to handle it when our society literally melts down all around them.