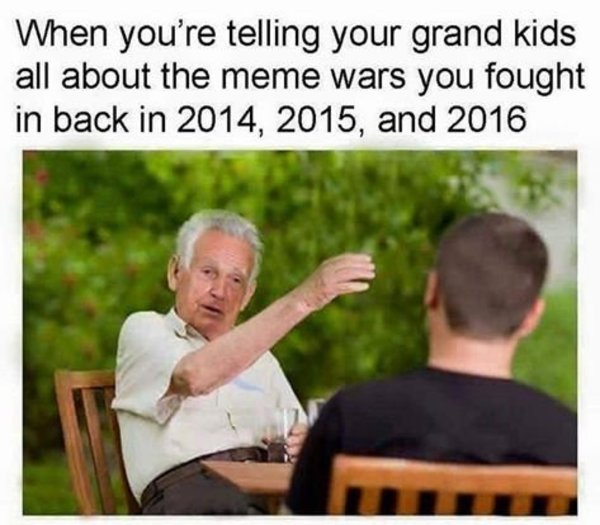 We live in very interesting times ladies and gents, and today there were 2 major news-related events, which made my skin crawl. And I am very serious about this, because both “happenings” are going to influence our lives in a significant way for the years to come. If nothing changes, the ‘interwebz’ as we know it will never be the same. And we’ll all be forced to go on the dark side of the web, where there are cookies and malware.

First, it was that neo-communist structure, also known as the European Parliament, passing what has been mildly described as the anti-meme law. Basically, those cretin bureaucrats who populate the halls of the EU parliament are trying to force (American based) tech companies to enforce an arbitrary law which would basically make everything on the current Internet illegal. The story with article 11 and 13 goes like this: according to current copyright laws, every image and/or video submitted by users to Internet sites (like forums, social media, you-tube, blogging platforms, what have you) must be checked in real time (as they’re uploaded) by AI-powered software (image recognition and all that) in order to make sure they’re “kosher”, as in they’re not infringing any possible copyright claim.

Basically, EU idiots are waging war on the (former) free and open Internet. Why? Well, because they’re big fans of China’s Big Firewall, I presume.

This was “last summer”:

Memes banned. Remixes outlawed. Parody videos removed. Critics say this would be the outcome of the EU adopting two controversial copyright rules that were just approved in committee. Critics are unhappy with Articles 11 and 13 of the EU Copyright Directive, which were cleared by the Legal Affairs Committee of the European Parliament on Wednesday and now face a floor vote scheduled sometime in July. Dubbed the “link tax” by critics, Article 11 would require online platforms to pay for links to news and other content they refer to.

And today, the EU, in its infinite wisdom, decided that legalizing insanity would be a great idea, so let’s stop people from posting content on the Internet altogether. Memes have got to go, right?

This is from The Verge:

“The European Parliament has voted in favor of the Copyright Directive, a controversial piece of legislation intended to update online copyright laws for the internet age.

The fallout from this decision will be far-reaching, and take a long time to settle. The directive itself still faces a final vote in January 2019 (although experts say it’s unlikely it will be rejected). After that it will need to be implemented by individual EU member states, who could very well vary significantly in how they choose to interpret the directive’s text.”

See also  Enough is enough! Walmart employee quits her job over the PA system while bashing her former employment.

It sounds like a done deal to me, for all intents and purposes. Even if miracles sometime tend to happen, I really don’t think it will be the case with this law. This is what happens when you allow morons to take decisions on issues they don’t understand. Or they don’t care about. Or both.  Here’s more from The Verge piece:

“The most important parts of this are Articles 11 and 13. Article 11 is intended to give publishers and papers a way to make money when companies like Google link to their stories, allowing them to demand paid licenses. Article 13 requires certain platforms like YouTube and Facebook stop users sharing unlicensed copyrighted material.

Critics of the Copyright Directive say these provisions are disastrous. In the case of Article 11, they note that attempts to “tax” platforms like Google News for sharing articles have repeatedly failed, and that the system would be ripe to abuse by copyright trolls.

Article 13, they say, is even worse. The legislation requires that platforms proactively work with rightsholders to stop users uploading copyrighted content. The only way to do so would be to scan all data being uploaded to sites like YouTube and Facebook. This would create an incredible burden for small platforms, and could be used as a mechanism for widespread censorship. This is why figures like Wikipedia founder Jimmy Wales and World Wide Web inventor Tim Berners-Lee came out so strongly against the directive.”

Truth be told, Behemoths like Google are happy with government regulation, generally speaking, because it crushes competition. Google can afford to comply with stupid laws, whereas smaller companies would go bankrupt, hence Google gets rid of its competition with a little help from big brother. However, in this case, even Facebook and Google are opposing the EU directive, which clearly shows how insane this piece of legislation really is.

The anti-meme law is literally impossible to enforce in a realistic manner, provided  it gets passed in its final form next year by the EU parliament. Which is very probable, to tell you the truth. You should never underestimate the predictability of stupidity.

Then, tech companies, which means basically American companies, will have to comply (a quasi impossible task), or to block EU-based users from accessing their platforms. Best case scenario, they’ll offer crippled services to the EU market. Also, VPN services will see  their business booming, mark my words, go get yours while it’s cheap if you live in EURSS.

Another possibility would be for big tech to completely ignore the EU fatwa and continue to operate as usual, ignoring the (incoming) huge fines altogether. The only thing the EU could do in such a situation would be to enforce Chinese styled censorship of the Internet for their subjects. Which would be fun to watch.

If Big Tech will try to achieve the impossible, i.e. they will  conform to the European Union’s new laws, they’ll probably go out of business one by one, due to the astronomical costs involved. On top of that, consider the outrageous fines they’ll have to pay to the EU for every violation.

The dark web will be the only solution left for the Europeans, as their “regular” interwebz will go the way of “my space”.

The second disturbing “happening” of today is a leaked video, courtesy of Breitbart, which shows Google execs in panic and dismay  following Donald Trump’s epic victory in 2016:

The video is a full recording of Google’s first all-hands meeting following the 2016 election (these weekly meetings are known inside the company as “TGIF” or “Thank God It’s Friday” meetings). Sent to Breitbart News by an anonymous source, it features co-founders Larry Page and Sergey Brin, VPs Kent Walker and Eileen Naughton, CFO Ruth Porat, and CEO Sundar Pichai. –Breitbart

If you watch the video, you can hear Brin comparing Trump supporters to neon-nazis, fascists and extremists, and asking Google staffers what can be done to, let me quote, ensure a better quality of governance and decision making. These are our tech overlords, ladies and gents. These are the people who decide what can you see and/or say on the interwebz. The revenge of the nerds.

oddly creepy especially when the CFO begins to sob for Hillary. But the underlying message makes it obvious that Google does not share any traditional American values but is all-in for "Globalism" and one world government. These are "Google values." A shame really. t.co/oTdO6asGPK

They look like complete slobs with no self-respect. To mourn the election failure of Hillary Clinton, a vile and corrupt sociopath with a record of horrible policy decisions over her career, is simply pathetic. I wouldn’t put any of these people in charge of the local dollar store, let alone a tech behemoth that owns everybody’s data.

Now, if you ask me, the Google meeting actually reflects that Facebook, Google, The Hill, CNN, Reddit and Twitter are just not that important as they may think. That’s why they’re now trying to shut down alternative news-media, and to impose Chinese style censorship over the interwebz.

If you ask me, Google and other tech giants need to be broken up, any illegal stuff should be prosecuted, DOJ needs to investigate interference in elections, trying to rig elections etc. But I am dreaming, I know. Wake me up when September ends.