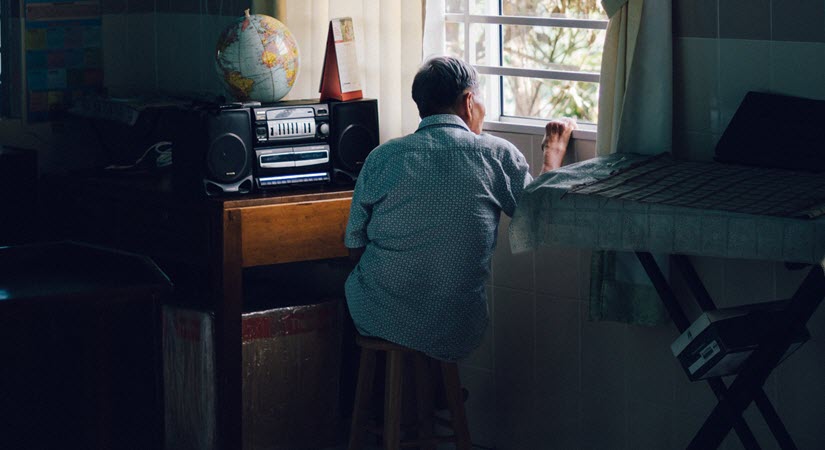 The economic shock of the COVID-19 pandemic has forced many retirement savers to reevaluate their plans.

That isn’t surprising, because the global economy tanked in late February, and that’s bound to have financial consequences.

But those consequences have proven even more severe than we feared.

About 69 million Americans postponed their retirement:

The study from Age Wave and Edward Jones finds that about 1 out of every 3 Americans who are planning to retire now say that will happen later due to Covid.

Who suffered the most? According to the study, savers got hurt worse than retirees (44% vs. 22%).

It’s possible retirees generally had their savings invested more conservatively, so the market crash had less effect on them. Whether or not that’s true, retirees are able to fall back on Social Security and Medicare (and 78% own their own homes).

Pre-retirees, on the other hand, are worried about more than just another bad year for stocks. Health-care costs, including long-term care, is the number one concern for 2/3 of pre-retirees.

That’s enough to change someone’s mind about when they could retire.

On the other hand, there’s some good news, too! (Sort of.) A whole lot of people learned a very important lesson:

70% of Americans said the pandemic has been a financial wake-up call that has prompted them to pay more attention to their long-term money plans.

In about 1/3 of cases, though, this “financial wake-up call” meant they had to push their retirement dates back.

Realizing you’ll need to postpone retirement a few years certainly isn’t the worst that could happen to your financial plans. But sometimes, the decision isn’t up to you.

Regardless of when you plan on retiring, it’s important to remember that life is unpredictable. There’s a possibility you may need to postpone retirement to build up your savings. Or retire early, because of health issues.

And those are the personal risks. There are also larger, more systemic risks in play. For example, Social Security’s trust could run out of money even sooner than expected thanks to the pandemic’s economic damage.

We all live with some degree of uncertainty about the future. That’s what the old Yiddish adage Mann tracht, un Gott lacht really means:

Understand, this is not a call for pessimism, or to just shrug and give up. You can still prepare yourself, your family and your finances to thrive regardless of the future’s unseen hazards.

That’s exactly what makes this “timing” lesson so valuable.

Here’s how to set yourself up for success

The tragic trifecta of plummeting buying power, rising inflation, and a weakening dollar is already making the future look challenging. Add pandemic fallout, and health risks, and you can work yourself into a lather.

Consider taking another path. Instead of obsessing about the bad news, the ominous, the unknown, focus on the good news.

The good news is you have options. You can educate yourself. You can take control of your future finances. You can diversify your savings into different asset classes and risk levels. You can maximize your chances of winning even in the toughest times.

See also  It may take some time to combat inflation. Financial conditions are the worst they've been since the pandemic began. Vol in the equities market remains complacent.

Since 2005, physical gold and silver have both grown in value overall (silver up about 4x, gold up about 4.5x). The S&P 500 grew about 3.3x over the same period. However, inflation over that same period took a heavy toll: today’s dollar is only worth $0.71 compared to a 2005 dollar.

When reviewing your financial plan, consider whether diversifying with physical precious metals might help you strike the right balance between growth and risk. (Of course, owning gold and silver helps protect your purchasing power from the “inflation tax,” a significant benefit if we start seeing $9 bread or $30/gallon gas).