WATCH TUESDAY as Arizona, Florida, and Oklahoma choose candidates for midterms. It is very important to President Trump, as these states were key to his victory in 2016.

Arizona is grieving for their deceased Senator, John McCain, as he just passed away from brain cancer.  We can look to a complicated battle in Arizona, and don’t forget that Arizona is key in swaying the balance of power in the U.S. Senate in this midterm cycle.

I think in remembering John McCain, we should remember his battle in fighting against torture.  That is how I will remember him.

McCain’s daughter Meghan posted a tribute to her father on Twitter- “My father is gone, and I miss him as only an adoring daughter can,” she wrote. “But in this loss, and in this sorrow, I take comfort in this: John McCain, hero of the republic and to his little girl, wakes today to something more glorious than anything on this earth. Today the warrior enters his true and eternal life.”

What a beautiful remembrance to a father by his daughter…he was loved well.

Let’s look at Arizona State Law.  The Governor has the power to appoint a candidate for the vacancy in the U.S. Senate, which McCain left. This chosen one will keep that seat warm until l the next election.

But we must remember that chosen one must be of the same political affiliation as the person they are replacing.

Doug Ducey, being Arizona’s Republican governor, has the power to appoint a Republican to McCain’s vacant Senate seat.

Now according to State law, which is difficult to explain; nevertheless, this is the outcome – the timing of McCain’s death ensures that whomever Ducey chooses to fill his seat will serve until 2020.

Is there any recourse the Democrats have in this situation?  Of course, and you know they will take it. This is what will unfold – Democrats will somehow degrade Arizona state law, forcing a special election in 2018.  This will open up both of the State’s Senate seats, as Jeff Flake will, also, be vacating his place.

So get ready for a hot battle soon.  In fact, what are the Democrats doing right now in Arizona?

POLITICO is reporting the following – “A wild, downright nasty primary brawl is threatening the Democratic Party’s prospects in one of the nation’s most competitive House races, magnifying divisions that have split Democrats around the country this year.

The race between former Rep. Ann Kirkpatrick and Matt Heinz, who was the party’s nominee in the Tucson-based 2nd District in 2016, has settled on familiar lines, with Heinz running as a progressive anti-establishment candidate against the more moderate, DCCC-backed Kirkpatrick. But it has also gotten vicious in a way that many other primaries have not, featuring several negative TV ads, a lawsuit, a private investigator and a recent, controversial statement by Heinz comparing Kirkpatrick’s political career to meth addiction.”

Are we surprised?  Sounds like what we have grown used to, right?  It will never end in a dignified manner, so let’s just laugh and watch them make fools of themselves.

But, meanwhile, let’s work to beat them to the best of our ability!  Let us follow President Trump’s lead. He is not letting his troubles get him down, as he knows the truth.  Even with the Deep State bearing down upon him, he is headed out on the campaign trail.

He will visit Ohio on Friday, do more than a half-dozen rallies, and 16 fundraisers in as many as 15 states over the next six weeks.  The man has nerves of steel, and he never tires.

The following will help in giving you information on one of most important events, which will shape the future of this Country.

While 2018 is not a Presidential election year, there are many other races coming up at the federal, state, and local level, including:

All 435 seats in the U.S. House of Representatives, one-third of all U.S. Senators, thirty-six state governors and three U.S. territory governors, and many city mayors.

Unlike presidential elections, which use the Electoral College to determine who the next president will be, congressional elections use the direct vote of a state’s citizens to choose the winners.

Midterm elections are the federal elections in which voters choose members of Congress but not a new president. “Midterms” are held halfway between presidential elections. Voters elect one-third of all U.S. senators and all 435 members of the U.S. House of Representatives during the midterms. The next congressional elections, this Election Day, November 6, are midterm elections.

Midterms determine which political party—Democratic or Republican—will control each chamber of Congress for the next two years. The party in control of either chamber is the party more likely to get its proposed legislation passed in that chamber. Proposed legislation must pass in both the House and the Senate for it to reach the president’s desk for approval.

Members of the U.S. House of Representatives serve two-year terms, which means that all 435 representatives are elected in both midterm and presidential election years. The number of representatives per state is based proportionally on the state’s population. Each representative serves the citizens of a specific congressional district. To be elected, a representative must be at least 25 years old, a U.S. citizen for at least seven years, and live in the state he or she represents.

Senators serve six-year, overlapping terms. One-third of all U.S. senators are elected during each midterm and each presidential election year. There are 100 U.S. senators, two from each state. To be eligible to be elected, a senator must be at least 30 years old, a U.S. citizen for at least nine years, and live in the state he or she represents.

See also  HAPPILY, THE US POWER GRID IS ROBUST AND RELIABLE, NOT EMPLOYING FADDISH UNPROVEN POWER SOURCES: 35 million under heat alerts as dangerous temps scorch the central US.

State and local elections can take place in any year, at various times throughout the year. Elections may be held for offices like the state’s governor, seats in the state legislature, a city’s mayor, judges, local officials, or for other reasons. Ballot initiatives that affect the laws, taxes, and budget of your state, county, or town may be up for vote at local and state elections.

See a list of states holding elections for governor in 2018. 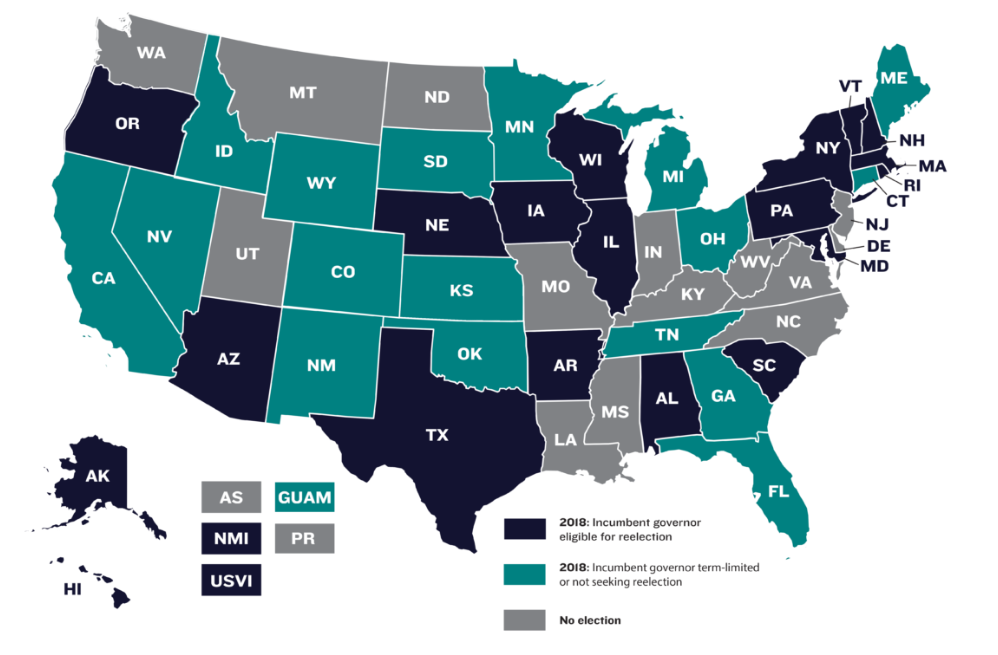 At this link you can click on any location to get the information you need on mayoral elections in your area.

In the House midterm elections, Democrats need to flip 23 seats to capture the 218 seats necessary for control of the chamber. There are 193 likely or solidly Democratic seats and 178 likely or solidly Republican seats.

In addition to congressional elections, there are also 36 governor’s races on the ballot in 2018. With the next redistricting process set for after the 2020 election, winning gubernatorial and state legislative control will be crucial for both parties.

In conclusion, I hope this report has informed you to some degree of what is coming upon us here in the United States.  I hope we can obtain the best men and women we need to bring this Country into the rightful state it should be in. We need those who will work with President Trump to make America Great Again.  And most of all, we need to keep President Trump in the White House where he belongs.