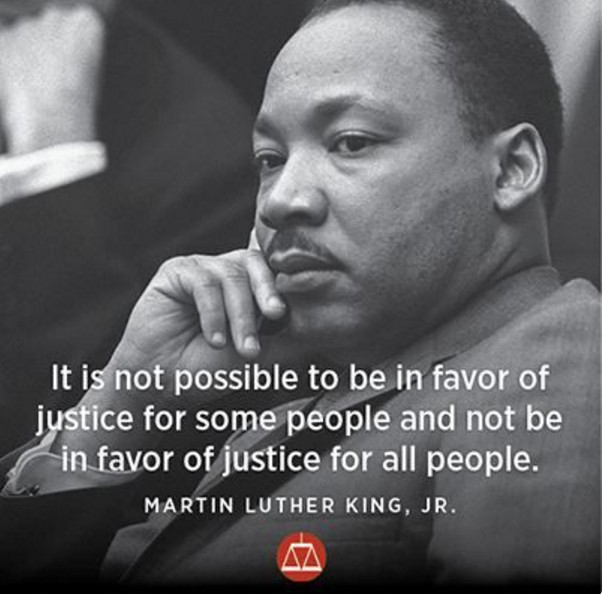 There is something going on in America on a profound social-political-philosophical-legal level. And it’s very wrong. If we don’t address this issue, which in my opinion poses the greatest threat to this country, we don’t have a future. What I am talking about is the lack of accountability of people in power, people who do wrong, people who flagrantly break the law. Why is this happening? Because of political correctness, aka our pathological need for “diversity”, because of someone’s politics or political designation, the law is not being fairly and equally applied.

What has made America the greatest country in the history of the world (NYC Governor Chris Cuomo does not approve of this message), and what has made her very unique, is that we have the rule of law, which means the law of the land is applied equally. Everybody has equal justice and equal rights/protection under the law.

As you may already know, both the defense and the prosecution have now wrapped up the trial of Paul Manafort, who was President Trump’s campaign chairman for 4 months. It’s now up to the jury basically. Paul Manafort faces 305 years in jail. Let me repeat that: 3 centuries in jail. He’s a 69 years old man. If he is convicted of tax fraud (there are 18 counts against him, but this is the main accusation), then he will probably serve at least 30 years in prison, which means he’ll die in jail. It’s basically a death sentence. Now, normally, tax cases are handled by the IRS, and 90% of tax cases are civil cases, i.e. very few of them are criminal cases. The only reason why Manafort is facing life-time in jail is simply because he happened to be the campaign chairman for Donald Trump. For 4 months.

Had he not been there for 4 months, nobody would be talking about Paul Manafort today, he wouldn’t be in court, indicted, nor facing the rest of his life behind bars. And not only that, but he has now been ordered for the last several weeks to be in solitary confinement. He’s in a hole. No bail, no bond. Regardless of what you think about Manafort, he’s 69 years old and he’s charged with a non violent crime. He’s not a murderer, nor a terrorist or a rapist. It’s just tax fraud. That’s all it is.  And he’s sitting in a hole in solitary confinement, waiting for the jury to reach a verdict. Until then, he’s innocent. Theoretically.

Here’s a story the mainstream media refuses to report, as they don’t have the guts to do it. Why? Because it shows again the dangers of radical Islam, of terrorism and of what’s really going on inside the US. But in the name of diversity and tolerance and compassion, we must not speak about the “religion of peace”. In New Mexico, police officers raided a compound, run by 5 Islamic fundamentalists, in which they had nearly a dozen children under their care. These children were systematically abused (physically abused, starved, beaten etc.) and one of them actually died under their care, starved to death (he was 4 years old).

These children were being groomed to commit mass school shootings in the US. The 5 Islamic fundamentalists basically brainwashed these children via beatings and systematic abuse, to toughen them up, so they become holy warriors or mujaheddins. The point is, this terrorist compound in New Mexico  trained and groomed children to go into US classrooms and shoot and kill as many American students as possible. There’s no way around it. Here’s the kicker: the FBI knew about this for months, but they didn’t want to be perceived as islamophobic, and refused to move on the compound and arrest the terrorist ring leaders, the five Muslim adults. So, the police moved in, exposed the compound, rescued those kids, and arrested the 5 adults. One of them, the ring leader, a Muslim fanatic, is the son of one of the masterminds of the 1993 WTC bombing in New York. Like father, like son. The wives were in on it as well. One of them is actually an illegal alien (she over-staid her visa from the Middle East).

All these people are out of jail on a $20,000 bail. One kid already died, they planned to shoot up local schools in New Mexico, and they’re out on bail. Why? Because the judge in the case, a moon-bat liberal from San Francisco, complained that the arrest of these people strikes her as islamophobia and anti-Muslim bias and prejudice and all that liberal palaver.

Meanwhile Paul Manafort is rotting in a damn’ hole. These people are basically let loose, back into society, after one kid is dead. But that’s okay, because it happens to be Muslims. The 3 women arrested were even allowed to take their mug-shots with their hijabs, which is illegal.

Where’s the justice? You’ve got terrorists walking back into the streets, let loose on $20,000 bond, a dead kid starved to death, other kids abused, a terrorist compound where they were planning to shoot up schools. Meanwhile, Paul Manafort’s only crime was that he was Trump’s campaign chairman for 4 months. They are using this trial to get to Trump, because they think Manafort will flip (he won’t, because he has nothing to lose at this point) on the POTUS, and help them destroy Trump.

See also  Victor Davis Hanson Goes SCORCHED EARTH: The FBI is BEYOND REDEMPTION. The agency must be BROKEN UP and its functions farmed out.

Tax fraud usually gets you a year, maybe 15 months in jail. Paul Manafort faces life in jail. Now you tell me, is there something seriously wrong or not with our justice system? Is this “justice for all”?

These people prosecuting Manafort want to make an example out of him, so that in 2020 nobody would dare work for the President, to campaign for him, to make part of his inner circle and so on and so forth. The same is happening with the deplatforming of conservative bloggers and journalists, like Mark Dice, Alex Jones et al who support President Trump. Until we awaken to this fact, that we have a 2-tiered justice system which is not blind, I’m telling you, this country is going to become a third world banana republic. Manafort is a martyr, because he’s now being prosecuted simply for the crime of being a campaign chairman, while Muslim terrorists are being cuddled. You want to know what “liberalism” means?  This is liberalism in a nutshell.