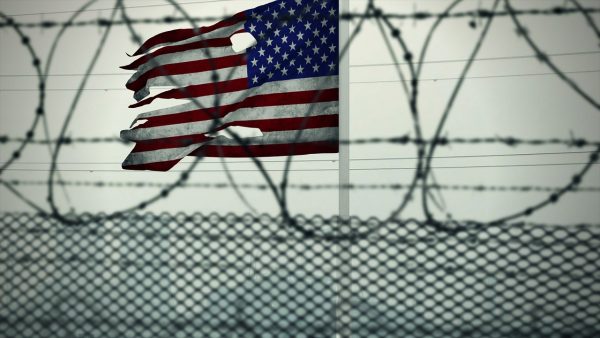 If you cherish faith, family and freedom, you might want to keep a low profile for a while.  The Domestic Terrorism Prevention Act of 2021 has been unveiled in Congress, and it has bipartisan support.  It is essentially “the Patriot Act on steroids”, and we are being told that it is almost certain that some version of the legislation will make it to Biden’s desk for him to sign.  Personally, I am very much against all forms of domestic terrorism, and a law which could help to prevent terror attacks from happening is going to sound like a good thing to a lot of people.  Unfortunately, it appears that this bill is meant to specifically target certain groups, and as you read this article you may discover that you are a member of one or more of those groups.

Those that drafted this new law say that it will help authorities go after “extremists”, and very few of us would consider ourselves to be one of those.

But the definition of an extremist has changed.  Tulsi Gabbard is one of the most prominent Democrats in the House of Representatives, and last year she ran for president.  But even though she is a Democrat, she is warning that this new law appears to be “a targeting of almost half of the country”…

She said the proposed legislation could create “a very dangerous undermining of our civil liberties, our freedoms in our Constitution, and a targeting of almost half of the country.”

It is fundamentally un-American to specifically target people for their religious beliefs, and so that is extremely alarming.

“You start looking at obviously, have to be a white person, obviously likely male, libertarians, anyone who loves freedom, liberty, maybe has an American flag outside their house, or people who, you know, attended a Trump rally,” Gabbard said.

I love freedom and liberty.

I am flying an American flag outside my house right now.

Am I going to be put on a list somewhere?

During a recent television interview, former CIA Director John Brennan said that the Biden administration will likely be focusing on “religious extremists”, “nativists”, and “even libertarians” as possible targets.

In what universe is saying something like that okay?

Even before this new legislation has gone through Congress, Joe Biden has already instructed his director of national intelligence to identify potential extremist threats…

President Biden has asked the director of national intelligence to draw up a comprehensive threat assessment on domestic violent extremism in the country as the new administration seeks to tackle what it calls a “serious and growing national security threat.”

The move is one of several the White House press secretary announced Friday to address mounting concerns about domestic extremism, particularly in the wake of the violent insurrection more than two weeks ago by Trump supporters at the U.S. Capitol.

There is that word “extremism” again.

And new White House Press Secretary Jen Psaki has been using it repeatedly during her press briefings.

In the old days, we assumed that “extremists” were crazy terrorists and suicide bombers in the Middle East.

But now they are using that term to describe large numbers of people that live inside the United States.

That is extremely chilling.

And once “extremists” have been identified, we are being told that the White House National Security Council “will be tasked with building capacity to tackle and disrupt extremist networks”.

What does that mean and what will that look like?

If the Biden administration truly wanted to go after domestic terrorists, they aren’t hard to find.

In fact, a whole bunch of them attacked an ICE facility in Portland on Saturday night…

You can watch footage of the battle that ensued right here.  According to the Daily Mail, insurgents in Portland have now been committing political violence for four days in a row…

It marked the four-straight day of protests in the city since Joe Biden’s inauguration as demonstrators make it clear that a new Democratic administration will not stop their campaign for social justice.

There they are Biden.

The FBI has launched an investigation after a bomb was thrown at an anti-LGBT church in California just weeks after the pastor received an arson attack threat.

Police and fire crews were called to the First Works Baptist Church at 2600 Tyler Avenue in El Monte in the early hours of Saturday morning to reports of an explosion.

The FBI said an improvised explosive device had been thrown at the building and it had also been covered in graffiti.

Sadly, these are not the sorts of “extremists” that the Democrats have in mind.

Instead, they appear to be very interested in identifying and “deprogramming” those that voted for Donald Trump…

A Democratic National Committee official, David Atkins, said on Twitter that “deprogramming” is needed for every one of more than 74 million people who voted for Trump on Nov. 3.

Limbaugh said they “are literally thinking of deprogramming conservatives.”

Of course it isn’t just the Biden administration that is focused on Trump supporters.  Countless private individuals have joined a growing nationwide effort to punish any individual or entity that was ever closely associated with Trump…

It’s why the left is cheering Big Tech’s embrace of cancel culture and pushing cable providers to stop airing One America News Network, Newsmax and other “conservative influencers.”

It’s why the so-called Trump Accountability Project, which seeks to prevent administrations officials from gainful employment, is not widely denounced for the thuggery that it is and why 250 publishing professionals feel comfortable circulating a “No Book Deals for Traitors” petition that says former Trump officials shouldn’t be allowed to publish their works. It’s also why Harvard students think it’s reasonable to circulate a letter demanding the revocation of degrees earned by Republicans who questioned the 2020 election, and why MoveOn.org demands that the Senate not give Ted Cruz and Josh Hawley any committee assignments.

Now that the Democrats have full power in Washington, it is open season on Trump and all of his supporters.

But the truth is that the vast majority of the civil unrest over the past year has been caused by radicals on the left, and it is only going to get worse in the months and years to come.

For the past 12 months, there has been political violence somewhere in America on an almost nightly basis.  But because leftists are involved 99 percent of the time, the corporate media generally ignores most of it.

You can’t just be against political violence when the other side does it.  I am very strongly against all of the rioting, looting, arson and vandalism that we have been witnessing.  The attacks on police stations, courthouses and federal buildings need to stop.

Sadly, it appears that the people committing most of the political violence will be handled with kid gloves by this new administration.

Meanwhile, those that have politically incorrect religious and political views will be demonized as “extremists” and will be specifically targeted under the new law that Congress is about to pass.