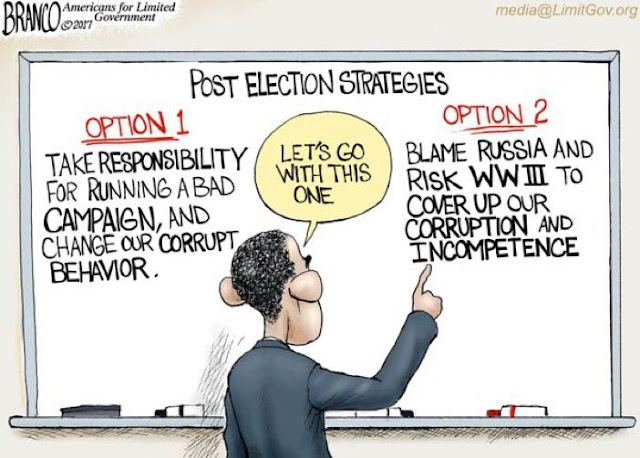 It has been obvious from the very beginning that the whole Russiagate thing was a Hoax, initially intended to deflect from Hillary Clinton’s corruption and now to brainwash the public with lies, promote conflict with Russia, and instigate draconian domestic laws and policies like Mass Censorship of truth telling alternative media.

A few simple questions are all you need to point you at the Truth:-

Why did the DNC hire known liars and massively disreputable two bit outfit Crowdstrike who have masses of Conflict of Interests with Neocon War Propagandists to “examine” the servers, when there are at least two dozen reputable and honest cyber security outfits in the NY or DC areas who could have done a reputable job?

Why did the DNC refuse to allow Comey’s FBI access to the alleged hacked servers so that a proper forensic examination of the servers could be performed?

Why did Comey’s FBI fail to subpoena access to the alleged hacked servers (which they have done in every similar previous case where an allegation of a malicious hack by a hostile foreign power has been made)?

Why didn’t Obama insist that the FBI carry out a proper forensics examination and investigation if there was the slightest chance of a hostile foreign power hacking the DNC servers?

Why was the only “evidence” that Crowdstrike could produce of a hack was a piece of 4 year year old Ukrainian malware that any competent hacker from anywhere could have placed on the DNC server (including Crowdstrike themselves)?

Why couldn’t the NSA produce any evidence of a hack when the NSA monitor all electronic data transfers within, out of, and into the United States?

Why didn’t Crowdstrike ask the FBI and NSA for help in determining who was responsible for the alleged attack on the DNC server from the second half of 2015?

The answer to all of these questions is very easy.

None of the FBI, the CIA, the NSA, the DoJ, Obama, the DNC or Crowdstrike believed there was any foreign hack of, or threat to, the DNC servers.

And the preposterous Russiagate allegations were a deliberate hoax from the very beginning.

A thorough debunking of all the Russiagate lies is in here:-

Debunking the lies about the Mueller “investigation” and the “Russian Influence” Campaign still being spread by Neoliberal Mass Media
ian56.blogspot.com/2018/12/debunking-lies-about-mueller.html 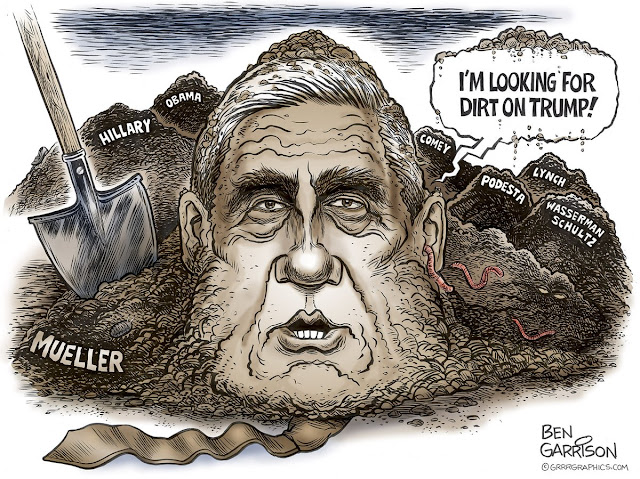