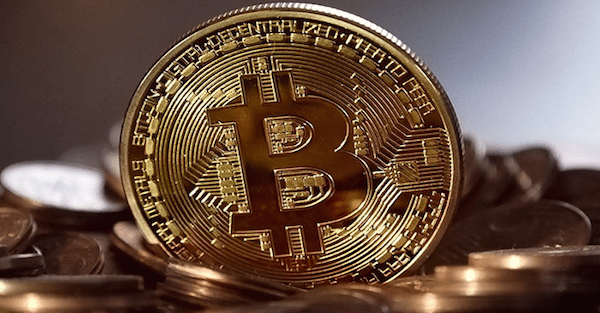 After almost a decade since Bitcoin was created, the SEC announced last week the creation of a new, senior position to coordinate the agency’s cryptocurrency and ICO efforts.

As usual, the government showed up late to the party. But at least they showed up.

The good news is that the person chosen by the SEC to fill that position is quite sharp.

She has an engineering background, obtained her law degree from Georgetown, and, most importantly, she understands crypto.

The bad news… or at least the expectation that a lot of die-hard crypto fanatics have… is that increased government oversight will be negative for crypto prices.

Over the weekend, for instance, almost every major cryptocurrency fell, in part because the government launched an investigation into cryptocurrency price manipulation.

But in all likellihood, reports of cryptocurrencies’ death have been greatly exaggerated.

And while regulations often create unnecessary costs and inconveniences, they haven’t stopped the overall rise of these important technologies.

Crypto will likely be the same. It’s too mainstream to kill off, and the SEC needs to show the world that it embraces innovation.

Plus, there are too many mega-corporations that have been investing heavily in their own blockchains and distributed ledger technology (DLT), and those companies have far too much political clout to be shut down by the SEC.

(DLT is the umbrella term to describe all the various technologies which distribute transaction information and records to various participants. Blockchain is one type of DLT.)

If anything, that’s the real threat to most of the tokens and cryptocurrencies that exist today– the rapid advancement of the technology itself.

Consider Bitcoin, which is still by far the most popular cryptocurrency.

Bitcoin was originally launched back in 2009 as an electronic form of cash to make secure payments across the Internet without having to go through a bank or financial institution.

READ  George Gammon: The coming collapse in cryptocurrencies … Peter Schiff: The US dollar is a meme currency … Lynette Zang: Basel III would be the death ...

Yet Bitcoin’s own software limits its throughput to just a handful of transactions per second.

By comparison, Visa and Mastercard can handle tens of thousands of transactions per second, and there are already emerging technologies in the crypto sector to compete at that level.

From a technological perspective, Bitcoin is in the Digital Dark Ages. And it’s hard to imagine that the least efficient technology in the sector will forever continue to be the most valuable.

This is almost always the case with technology. Back in the early 1990s when the consumer Internet was in its infancy, the “World Wide Web” didn’t really exist.

We used to use something called ‘gopher’, a text and menu-based version of the web.

Then a bunch of engineers perfected hypertext transfer protocol, ‘http’, and the World Wide Web as we know it today was born.

Given how much better the user experience was with http, it didn’t take long for gopher to almost completely disappear.

The same thing could happen in crypto.

And this is important, because as these new Distributed Ledger Technologies continue to develop, it’s possible that almost ALL of today’s tokens and cryptocurrencies could disappear.

Some of the newest Distributed Ledger Technologies don’t even have tokens.

Hyperledger, for instance, is a project run by the Linux Foundation in partnership with dozens of major companies like IBM, Accenture, Cisco, Deutsche Bank, Intel, and American Express.

They’ve already released a number of working DLTs. And not a single Hyperledger DLT comes with a native coin or token.

In other words, it’s like a really advanced blockchain without the Bitcoin.

The use cases for Hyperledger are far-reaching- document storage, financial transactions, property records, even voting.

In fact there’s a candidate for US Congress in the state of California who claims that he’ll use the technology to allow his constituents to vote directly on federal legislation.

Then there are the banks– many of whom are developing their own DLTs.

Outdated crypto technology doesn’t stand much of a chance when some of the largest firms in the world are putting a ton of resources into making it better.

And this brings me to where the real opportunity is.

Most of the talk about cryptocurrency these days seems focused on what’s going to be the next Bitcoin or Ether. People are trying to figure out what’s the next currency or heavily promoted ICO that can turn $1,000 into $1 million.

That’s probably not the right way to look at this sector anymore.

Certainly there are a handful of specific tokens or coins that have real utility (like some of the privacy coins).

But again, aside from those select few, it’s possible that today’s most popular cryptocurrencies and tokens might follow in the footsteps of gopher.

It’s not going to happen tomorrow. But over the next 5-10 years, inferior, pointless coins and tokens could easily be replaced by superior technology.

So rather than trying to speculate on the next hot ICO, or divining whether going YOLO in Shitcoin, TrumpCoin, or Fuzzballs will make you a crypto millionaire, the real fortunes to be made are in the application of these technologies.

There are litereally thousands upon thousands of compelling, lucrative ways to apply these Distributed Ledger Technologies across various industries around the world.

This is what happened with the Internet. Once the technology was developed, the real money wasn’t made by the people who developed TCP/IP and HTTP.

It was made by the entrepreneurs who applied the technology in ways that fundamentally changed how we do business… and by the investors who backed them.

Right now those opportunities with DLT are wide open.