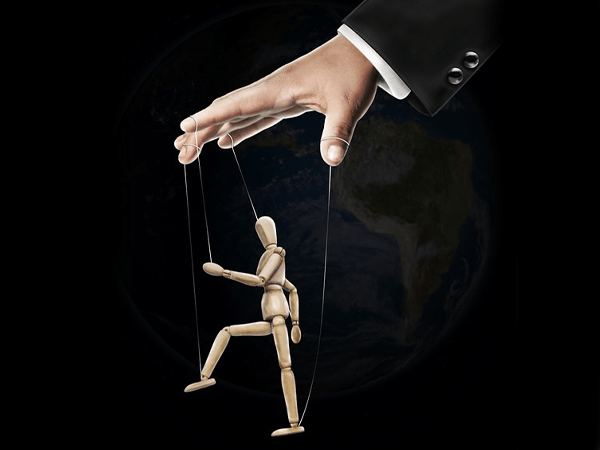 I sometimes think that the free market concept is treated like The Hunchback of Notre-Dame’s Quasimodo in the long novel of global economic history. It is considered ugly and undesirable by most people who judge it at a mere glance without bothering to understand it. It is a bogeyman; a scapegoat for numerous societal problems that it has nothing to do with. In reality, the only time free markets do cause trouble is when they are manipulated or misused by elitists seeking to turn them into something other than free markets. And, even when free markets display their great value and internal beauty, many still prefer other systems that are intrinsically corrupt but flashier on the surface.

There are many reasons behind this persistent attitude. However, they are not coincidental or natural. Human beings actually tend to gravitate toward free markets over and over again in history, and away from centralized government interference and dominance in economic trade. But whenever they do, they get hammered down by the-powers-that-be. In our modern era, establishment elites have chosen to be more subtle (for now) and dissuade people from free markets through disinformation and propaganda.

To break it all down to a simple observation – Whenever disaster strikes economically, free markets are blamed. Whenever something is fixed, even if that fix is a temporary band-aid on a sucking chest wound, government involvement and socialism are applauded. And so the cycle continues until free markets become a pariah with no place in our world and centralization becomes the prevailing answer to everything.

Free market trade is ever present at a local level and always has been. But, those who favor globalism are hell-bent on putting an end to any and all private unregulated commerce forever.

Before the increased lockdown in the 20th century, domestic trade in the U.S. was loosely regulated, if at all. The income tax didn’t exist, except for a trial run during the Civil War which was eventually repealed. There was no permanent central bank managed by unaccountable elites arbitrarily dictating interest rates or inflating the economy through asset purchases. Businesses were formed around partnerships which were limited in their scope, and while government grants and aid were afforded to some of these partnerships (as during the construction of the transcontinental railroad), these grants or bonds had an expiration date set for the moment the job was completed. At that point, the partnerships were dissolved, and the company heads were expected to pay back the government on the grants given.

This is not to say that corruption in business did not exist pre-20th century; it certainly did. And in most cases this corruption was fueled by collusion between business moguls and government officials. Without the aid of government (the opposite of free markets) such criminal companies and monopolies cannot exist.

The suppression of free markets began in the aftermath of the Civil War and the passage of the 14th Amendment, which was intended to protect the citizenship rights of former slaves, but was instead used as a legal loophole by the elite to establish what we now know as “corporations”.

Corporations are defined by their corporate charter, which is granted by the government, as well as their “corporate personhood” derived from the exploitation of the 14th Amendment. Corporate personhood allowed for limited liability as well as many other government protections. Unlike partnerships, leaders of corporations cannot be prosecuted for many crimes if those crimes were executed by “the company”. The company can be sued as a “legal person” in civil court, or fined by the government, but in general CEO’s and major shareholders are protected from any consequences even if they were directly involved in the commission of a crime.

This relationship between government and corporations has become so egregious that today these monopolies receive special legal protections and immunity from some civil lawsuits, aid in the form of taxpayer funded welfare, massive tax cuts which smaller businesses and less connected corporations do not enjoy, and even central bank bailouts which keep them afloat. Major corporations are not allowed to fail, and no one is allowed to compete with them on a level playing field.

This is the exact antithesis to free markets. This is socialism. Yet many socialists point the finger at free market “capitalism” as the source of all our economic problems. This is impossible, because free markets on a level any higher than local trade do not exist today and have not existed for at least a century.

Another often misrepresented part of the free market mythos is that free markets are amoral creations that must be allowed to evolve without any oversight or conscience. This claim is sometimes made by a subset of people who say they are free market activists, but do not understand free markets in the slightest.

A soulless economic model is not what “Wealth of Nations” writer Adam Smith originally envisioned. Smith was a staunch advocate of an inherent moral compass as a guide for society. He was also highly distrustful of elitist philosophy, and saw it as a control mechanism designed to convince the public that their everyday experiences and instinctual judgments were “inadequate”; meaning, people should set aside their voice of conscience and let the system tell them what they should think and do.

What Smith asserted was that while people often act in their own best interest, they will generally do so while still adhering to a universal moral compass. They will seek success through hard work and endeavor (as they should be allowed to do), but the notion that people will naturally destroy everything and everyone around them in the process unless they are heavily governed is a propaganda argument with no basis in reality. This claim persists today and is still the primary argument used against freedom in trade.

There is a group of people that do behave in a destructive way automatically or instinctually when engaging in commerce without regulation, and these people have become a fascination of mine. They are narcissistic sociopaths; the defining characteristic of most financial and political elites.

I have outlined the facts surrounding narcissistic sociopaths in numerous articles, and I recommend readers study these for greater details. To summarize, full blown narcissistic sociopathy is a psychological aberration present in around 1% of any given population from birth. That is to say, in most cases these people are not created by their environment. Many of them come from very balanced and sheltered childhoods. They are born the way they are.

Narcissistic sociopaths are a tiny portion of the population, but lacking any sense of empathy or conscience, they account for a vast percentage of all crimes committed in society. They also gravitate to positions of power and influence from the business world to politics.

Establishment elites want us to believe that the former solution is the only solution, and with good reason. All centralization starts with economic centralization. Trade is the lifeblood of civilization, and if you can control the mechanisms of trade, you can potentially control an entire nation, or even the entire world. Free markets are a cure for the cancer of corporatism and socialism, and all they require is that people start participating in commerce without the consent or oversight of government. This is a difficult thing to stop when it gets started.

This is why the establishment is so obsessed with converting to a cashless society in which every transaction no matter how small is tracked and vetted. Why governments are enacting harsher and harsher penalties for anyone doing business without their explicit approval. Why government taxation and regulation is making small business ventures more difficult. And why law enforcement officers are being encouraged by bureaucrats to write tickets punishing children selling lemonade on street corners. We are being conditioned to avoid attempting free market trade.

The final and most prolific attack on free markets is the use of the “greater enemy” and the “greater good” as props to undermine positive views of free markets. For example, a common argument against free markets relies on the idea that if people are allowed to pursue commerce unregulated, they would devour the Earth’s resources and destroy it in the process. While we have already seen some of the environmental damage done by the corporatocracy and the sociopathic people that control it, most of these crimes go unpunished despite considerable regulation.

How long have companies like Monsanto operated with impunity under the protection of government? Only recently in civil courts has this company finally had to pay for some of its crimes. But will a single Monsanto CEO or major shareholder go to jail for poisoning the ecosystem or giving people cancer? I doubt it.

The claim of the socialists and environmentalists that more government will save us from bad corporate practices is observably not true. Government and corporations work together to protect their fellow narcissistic sociopaths. More government means more corporate and elitist power. There is not a socialist nation on the planet that has not suffered this outcome.

I agree with Adam Smith in the idea that normal citizens will act to pursue success, but also to pursue balance. When given the opportunity to actually function within a true free market, most people are not going to destroy their surrounding environment and resources in some mad dash for gain. Why? Because it is in their self-interest not to. They know that if they abuse the structures around them they will lose their source of commerce. They know that if they ruin the system for others that they will be shunned in business. They also know that if they fail in such a spectacular manner and commit criminal sabotage of the free market system they will have to suffer the regret and shame that will follow.

The only factor that this does not apply to are the elites themselves; the narcissistic sociopaths devoid of conscience with whom we now contend for our freedoms. I would suggest that Smith’s free markets, unshackled from centralization and government interference, would function almost perfectly if these people were cut from the equation entirely.