That commentator, Clint Watts, called it an accident despite the fact that witnesses said the driver stopped, then sped through the crowd, sending people flying in all directors in an act of complete mayhem.

MSNBC wasn’t the only outlet to say that the massacre, for which Brooks has been charged in Waukesha court with six intentional homicides, was an accident. CBS made a similar claim, stating that it was a “parade crash” that injured 18 children.

The US Council of Catholic Bishops also called it an accident when they issued a tweet offering their condolences to the victims.

We pray for all those who are injured or who lost their lives in the tragic accident in #Waukesha, Wisconsin, especially for the families, parishioners, and priest in @archmil. Lord, hear our prayer.

See also  WORLD WAR III HAS BEGUN, AND HUNDREDS OF MILLIONS OF PEOPLE WILL DIE

NBC’s MSNBC featured a paid analyst (@selectedwisdom) who referred to the #Waukesha car-ramming incident as an “accident.” The criminal complaint details how multiple witnesses said driver stopped & then sped up in zigzag to mow through people. pic.twitter.com/4LjiF66ikf

CBS is calling the Waukesha attack a ‘Parade Crash’ pic.twitter.com/Kp83kuLAjU

Are you paying attention yet?

Can't be an ACCIDENT if it's done on PURPOSE! pic.twitter.com/kGuM1Vg9Gm 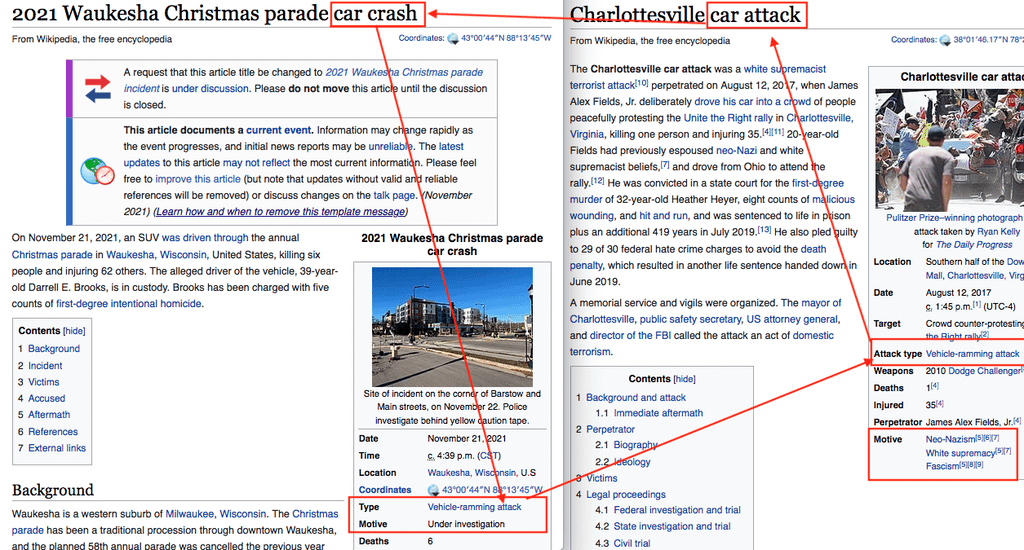 Trending:
See also  People running out of real money wasn’t enough to start the recession. Wonder what happens when everyone runs out of fake money too.
Views: 9