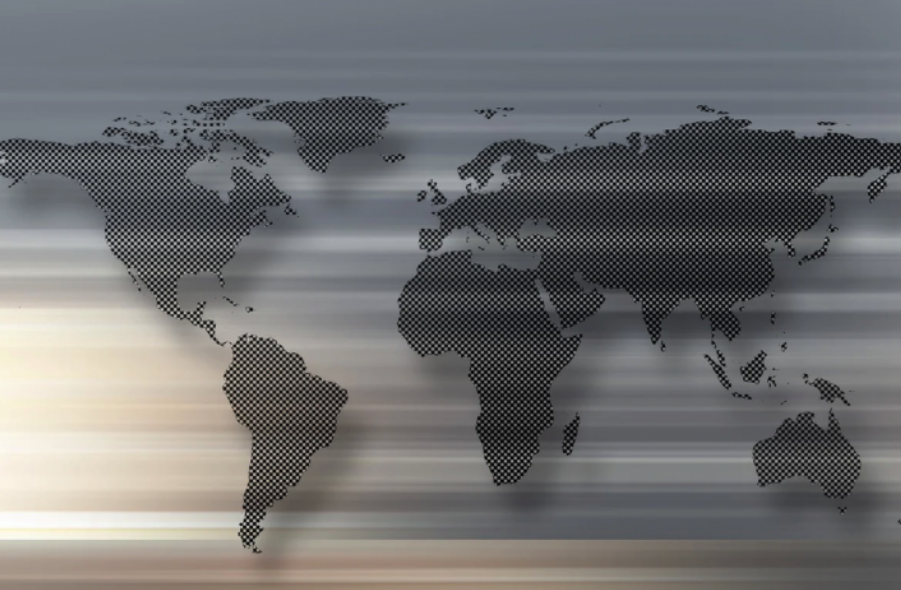 The global economy was supposed to be getting back to “normal” by now, but instead more problems are erupting with each passing day.  As I write this article, supply chains all over the planet are in a state of chaos.  The worldwide computer chip shortage is making things very difficult for thousands upon thousands of manufacturers, the process of moving products across our oceans has become insanely expensive and is often plagued by horrendous delays, and a lack of truck drivers is causing enormous headaches when it comes to transporting goods to retailers and consumers in a timely manner.  We have never seen anything like this before, and at this point even CNN is admitting that “the disruption to global supply chains is getting worse”…

The vast network of ports, container vessels and trucking companies that moves goods around the world is badly tangled, and the cost of shipping is skyrocketing. That’s troubling news for retailers and holiday shoppers.

More than 18 months into the pandemic, the disruption to global supply chains is getting worse, spurring shortages of consumer products and making it more expensive for companies to ship goods where they’re needed.

Earlier this year, some of the economic optimists were projecting that we would experience a tremendous “economic boom” during the second half of 2021.

But now we are facing empty shelves, shortages and major headaches in the months ahead.

Shipping companies expect the global crunch to continue. That’s massively increasing the cost of moving cargo and could add to the upward pressure on consumer prices.

“We currently expect the market situation only to ease in the first quarter of 2022 at the earliest,” Hapag-Lloyd chief executive Rolf Habben Jansen said in a recent statement.

Here in the U.S., quite a few experts are now making very bleak predictions about the upcoming holiday season.

But we are definitely not alone.  Over in the UK, it is being reported that the “worst supply-chain crisis since the 1970s” could potentially “ruin Christmas”.

One of the big problems that the British are facing is an unprecedented shortage of truck drivers and warehouse workers.  Business leaders are begging for more EU workers to be allowed into the country, because they believe that will help to alleviate the crisis.

Empty shelves and shortages are now a daily reality in the UK, and some large fast food chains are now being forced to completely drop certain items from their menus…

Gaps on supermarket shelves have been spotted across the country due to a combination of factors, including lorry driver shortages and Covid.

Supplier issues have also led to shortages at fast food chains like McDonald’s, Nandos and KFC, with some items missing from menus and branches closed.

Greggs is the latest to say that it’s short on food faves and Costa Coffee has reduced its menu due to the supply chain chaos.

Could you imagine going into a McDonald’s and not being able to order a milkshake?

See also  Gerald CELENTE & Michelle, WW3 is here, Global Collapse will paveway for CBDC, and GOLD can ONLY Go UP

Sadly, that has now become a reality at every single location in the United Kingdom…

McDonald’s says it has pulled milkshakes from the menu in all 1,250 of its British restaurants because of supply problems stemming from a shortage of truck drivers.

The fast-food chain says it is also experiencing shortages of bottled drinks.

Here in the United States, we are dealing with similar issues.

At this point, it is being reported that finding new truck drivers to hire in this country is “next to impossible”…

Finding truck drivers is “next to impossible,” he said, while freight costs are rising daily. The company’s orders are arriving late and consequently facing delays in being sent to customers. On the outbound side, on-time deliveries are still above 50% but have fallen from the usual rate of more than 90%.

“We all thought it would be over by now. It’s just one thing after another,” he said. “This is going to be the norm for a while.”

For decades, we have been taking our truck drivers for granted.  We pay them poorly, we treat them like dirt, and we make them work ridiculously long hours.

But without truck drivers, our country simply cannot function.

These days, most young people don’t want jobs that require a lot of hard, physical work and that don’t pay very well.  Instead, they would rather make money producing Tik Tok videos or becoming Instagram influencers.

Traditionally, truck drivers have been strong, physical men with traditional values.  Of course our society likes to demonize such individuals these days, but maybe this crisis will get everyone to understand that we actually need them.

Even if we had enough truck drivers, we would still be facing a wide range of shortages because of the global shortage of computer chips…

A global shortage of computer chips is causing major headaches for American manufacturers.

The COVID-19 pandemic has caused the disruption of supply chains and manufacturing the world over. Manufacturers of computer chips in Asia have been especially hard hit. And that means companies that make products that rely on such chips are feeling the pinch.

As I have warned previously, the computer chip shortage is causing massive headaches for thousands of other industries.

See also  Food shortages will increase in 2023: here are the top 13 most likely products to show scarcity

We should have never become so dependent on chip production from Asia, and now we are paying a great price.

Yesterday, I discussed the fact that Kamala Harris is warning parents to buy their Christmas presents now because of the severe shortages that are looming on the horizon.

Yes, I would definitely categorize her statement as a “warning sign”.

This is not going to be a “normal” holiday season.

And 2022 will definitely not be “normal” either.

We have moved into crazy times, and they are only going to get crazier.

A lot of people didn’t want to listen to warnings from people like me at first, but now seeing empty shelves and shortages is starting to wake some of them up.

Our economic infrastructure is being shaken, and many are starting to realize that the “invincible” U.S. economy is not actually so invincible after all.