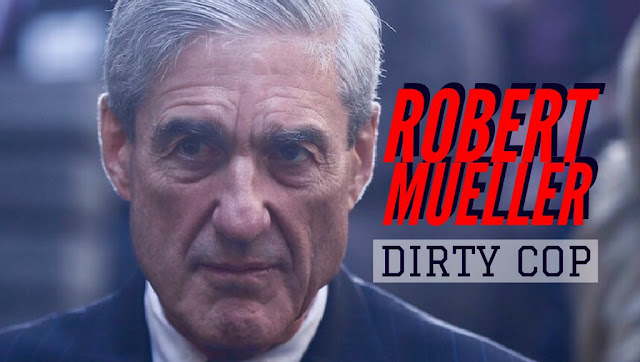 Key Takeaways from Mueller’s spurious indictment:-
No Trump-Russia collusion confirmed.
Even if true, Russian op was run on a shoestring, didn’t affect the election one iota.
CIA does much worse all around the world.
Hillary collusion with Foreign Nationals not mentioned.
Illegal FBI & CIA Conspiracy by Hillary/Obama cronies against Trump not mentioned.
Mueller’s spurious indictments (which will never see the light of day in a courtroom to be debunked) are part of the on-going Neocon War propaganda campaign to undermine Trump, demonize Russia, back Trump into a corner on Foreign Policy, and gain public acceptance for the escalation of the current conflict with Russia, which the Neocons (and the Neoliberals) have been pushing for 5 years now.
One of the laughable allegations in the indictment is that posting up fake Facebook pages, somehow impeded the US government from going about its lawful business. Huh????
Another is that some of the memes that are alleged to have been created and posted by Russian bots are somehow disparaging to Hillary Clinton. I find it extremely difficult to believe that ANYONE could come up with ANYTHING about Hillary that is actually worse than she actually is.
E,G, this is one of the alleged Russian bot Facebook memes supposedly “disparaging” Hillary theonlinetech.org/wp-content/uploads/2017/11/561223-an-example-of-russian-linked-content-on-facebook.png 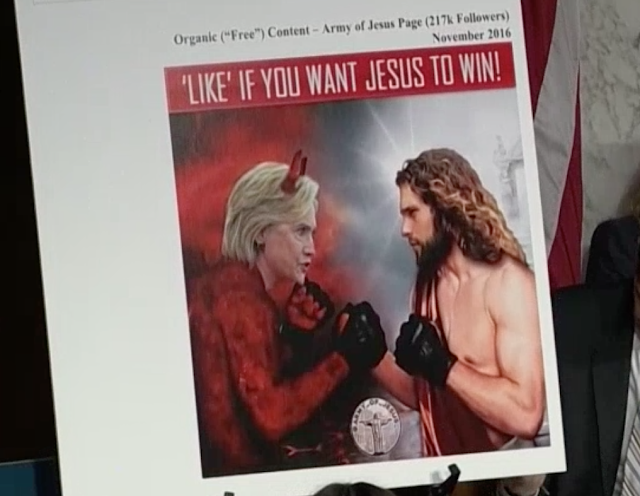 I can’t imagine thousands of Trumpsters posting up similar memes about Hillary on social media. /Sarcasm off
The Mueller (and Neoliberal/Neocon) narrative rests on the laughable case that somehow $100,000 of Facebook ads (only around $10,000 of which were in Swing States prior to the election) and 13 Russian trolls somehow affected the US election or US public opinion, when Hillary spent a $bn plus on a mass disinfo campaign of ads, spent $6m plus on an army of David Brock paid trolls and Cable News has spent 24/7 365 days a year for the last 30 plus years, running mass disinfo campaigns pushing false propaganda to deceive the public and spend billions of dollars every year doing it.
The Russian Op, even if true was not just miniscule, it was infinitesimal.
What about the 30 MILLION OF HONEST AMERICAN activists posting up anti Hillary memes and articles on social media during the election?
Just for comparison the US government must spend at least $10bn a year meddling in foreign elections and foreign domestic politics with CIA money, USAID money, NED money, CIA bribing foreign journos, US gov payments to Soros “Open Society” aka Oligarch Fascism, US gov funding of “Think Tanks” who meddle in foreign countries, US gov funded “NGOs”, NATO propaganda…..
Meanwhile the real criminals are still at large.
The FBI, John Brennan, Obama and other Hillary Cronies and their Conspiracy to Subvert the US election using the organs of the State like some Mugabe type banana Republic.
The multiple felonies of corruption, perjury and private emails committed by Hillary.
The actual Treason committed by Obama, Hillary, Brennan, Panetta, Clapper, Susan Rice and the rest of the Clinton gang to arm al-Qaeda & ISIS terrorists for regime change operations in Libya and Syria from Feb/March 2011.
Libya is now a Failed State and a playground and training ground for terrorists.
There are now actual slave markets operating in Libya, selling black people into human bondage. Soooooo Liberal!!!!!